Where Does The Dime Go? 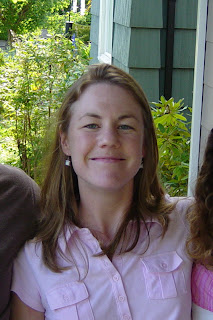 My niece Sara, who flits with ease across the planet, from Germany to Tanzania to Washington, D.C., came home to Portland for a few days over Christmas between flits, and then she flitted off to Aspen. It was wonderful seeing her in person, however briefly. Just about as soon as she had left, I thought: Dang. I totally forgot to tell her about the turtle lady.

Then I realized: this isn’t the nineteenth century. I have lots of ways I can still tell her about the turtle lady. I could write about it longhand with a goose quill and blob it with sealing wax. Except the wax will jam up the postal machinery. Or I can send her an e-mail. Then I thought: Dang. She isn’t going to be at her home for a week and I want to tell her now. Then I thought: Dang. She’s probably got something the size of a matchbook right in her hip pocket that snags e-mails out of thin air before they get lost in the series of tubes. She’s thirty; she has satellites out there working for her twenty-four hours a day.

Or I could call her. She has a petite phone right there in the other hip pocket and I could waltz right over to the phone I have, stuck in the wall, and call her right up, and there she’d be, and I could tell her about the turtle lady. Trouble is, I hate talking on the phone. There was a year or so in eleventh grade when I spent hours on the phone every night talking to my best friend Janice, but except for that interlude, I have actively disdained the instrument. I saw my first Cellular Mobile Phone when I was on a bicycle tour in the early 90’s. They first appeared as disturbing Bricks of Mystery in the back of people’s Spandex shorts, but when they pulled them out and punched numbers into them with their big meaty fists, the rest of us were jealous; we were standing in long lines to use the few public phones set up for us in camp. I still didn’t want one. But as they became smaller and more ubiquitous, it was easy to see their usefulness. What if, for instance, you were standing in the meat aisle and couldn’t decide for yourself whether to go with pork chops or chicken? You could call home and make someone else decide. Or what if you were on your way to Tyler’s house and couldn’t call him to say you were at 33rd and Broadway about to hang a left through that pack of screaming pedestrians and you’d be there in five minutes? Now you could. What if you were in line at the store and got the urge to call Shaniqua and tell her you were in line at the store? Not a problem.

Still, I haven’t bought one. I probably will some day, but I really don’t like talking on the phone. And I don’t know how to use one. I have to be shown every time. One day at work a guy handed me his phone to talk to someone on the other end, and I kept trying to move the phone from my ear to my mouth to talk, it was so little, even though this didn’t appear to be necessary. Finally we signed off, and I didn’t know how to hang up, so I folded the little phone up with a snap, and then flew into a prompt panic. Was he still in there? Did I smoosh him? I had quite the little audience by that time, and the expressions ranged from frank amusement to something approaching horror. 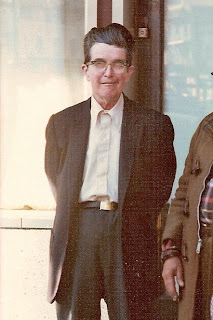 I had an Uncle Bill, and the least weird thing about him was that he lived in the rank San Joaquin Hotel For Men in San Francisco. The lobby was redolent of medicine and pee, and he had a small room down the hall with a neatly made cot. I had sought him out, and this inspired him to go visit the rest of the family, all of whom had thought themselves rid of him decades before. He went on a trans-national trek on Greyhound, a tiny, nearly blind, frequently soused man clutching a fair portion of his life’s savings in a fat wad of rolled-up bills. It was scary. He spent no more than a half day at any relative’s house–North Carolina, Maine, Oregon–before climbing back on the bus. When he asked to use the telephone in our home, we watched in disbelief as he fumbled with a handful of quarters and dimes, looking for a slot to put them in. I couldn’t believe anyone, in 1977, could be that out of it. And now I realize that that’s how my friends feel about me. 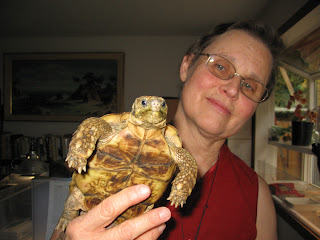 want to leave my internet plugged into the wall so I can walk away from it. And although they may already make products that will bring all the world’s knowledge to my hip pocket, none of this technology will be available to me until they figure out a way I can retrieve information by sticking a thumb up my butt. Because that’s going to be my default stance.

So if anyone sees Sara, tell her there’s a lady in Hillsboro, name of Rosemary Lombard, who’s been able to teach turtles to draw.