It’s exciting to anticipate a big weather event. They rarely sneak up on us. In a development that would have rendered my mom flabbergastric, our own phones tell us what’s going to happen.We know exactly when the boom will be lowered, in time to stand in line for tire chains, room air conditioners, sandbags, flashlights, bottled water. I don’t know why anybody ever thought there was a need for bottled water, but now it’s a whole thing. People pay good money for tap water in a plastic bottle. It’s criminal: you know for a fact that there are people alive today who think the bright side of the Flint, Michigan water fiasco is they can sell more tap water in plastic bottles. (They’re not in a fat hurry to fix the Flint water either. Them’s just colored people.)

A hundred years ago, people still could anticipate big weather events. They could feel it in their bones, read it in the sunset, smell it in the air, suss it out from bird chatter and the scurryings of critters. Maw gets a twinge and Paw squints up into the sky and before you know it the cattle are rounded up and the window shutters are latched. People used to know useful stuff. Now we don’t have to. Now, people might not even conclude they were in a big earthquake until they’d fished out their phones and hollered “vertigo” and “poltergeists” into them first. 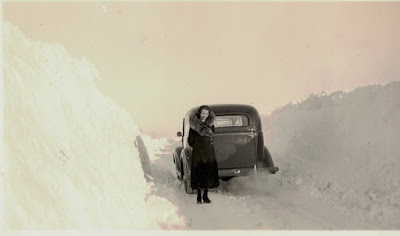 Big weather events are exciting because they allow us to contemplate matters of life and death in a way driving on the freeway should, but just doesn’t. We’ve got a big weather event coming in this evening, we hear. Fortunately we’re all prepared. We had a test run a few days ago.

Sure enough–we checked later–both places were closed because a snowflake had been rumored to have fallen overnight, somewhere in the metropolitan area, and panic had set in. And now–I get the vapors just thinking about it–we’re due for four inches of the stuff. Any minute now. It’s inhumane. Nobody’s going anywhere, that’s for sure. You don’t want to risk ending up upside-down in a ditch with a lot of people who might not have voted right.

We might get snow and we might not. Either way, Portland will have a snow day. We’re progressive that way.