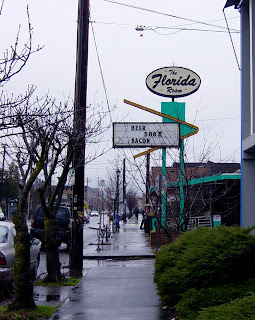 Portland, Oregon: The month of May has recently adjourned after setting a record of one hundred and forty-five consecutive days of rain, smashing the previous single-month record of eighty-nine days in 1876 (“Dead Man’s April”). Portlanders woke up last week to the news that a woman who had jumped from a tall building fell directly on another woman on the sidewalk, killing both instantly. Slouching in coffee shops, languidly stroking the ridged scars on their wrists, they pondered, in that crescent of time between the last coffee and the first beer, which of the two women was the most fortunate. 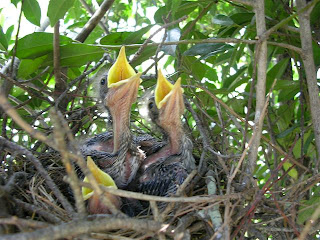 Although suicide pacts among the young have largely been thwarted by lethargy, pedestrians have been observed to linger on bridges. In the animal world, cats are irritable, slugs exhibit zip, and the baby bird population has proven susceptible to drowning, with natural selection now favoring the picky eater.
In those few areas experiencing sunbreaks, rods and cones have snapped audibly; temporary blindness is reported to have led to a spike in fatal car wrecks, some of which have been ruled accidental. Elsewhere, sporadic sunbreaks have been blamed for the socially corrosive introduction of hope. 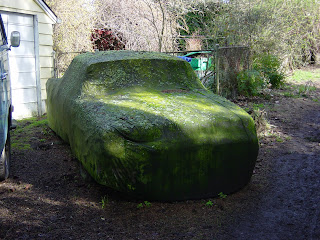 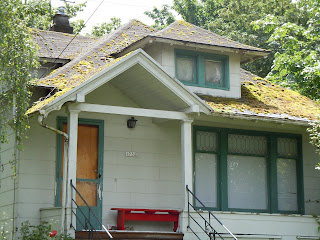 Sociologists are also studying the possible detriment to the spirit arising from Portlanders’ self-satisfaction as environmental advocates, noting that the reputation is largely unearned. Anyone willing to wait a couple years can boast a green roof, they point out, although green vehicles take a little longer.
As always, natives spurn the personal use of umbrellas, which merely add to the number of items that require drying out. These are observed only in the days leading up to the Rose Festival to protect hybrid tea roses in competition. Portland is, in fact, known as the Rose City, an umbrella term (as it were) encompassing many individual Black Spot Fungus neighborhoods, and this holds the key to understanding springtime weather patterns in the area. 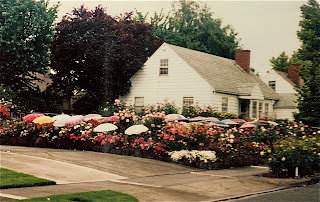 Traditionally, the Rose Festival concludes with a week of parades in June, beginning with the Starlight Parade, an evening event named after a mythical sky phenomenon. This parade always features a clown troupe called the Rainmakers, who carry inside-out umbrellas and spray spectators with water pistols, an activity that was finally abandoned when nobody noticed. The Grand Floral Parade is held one week later, with thousands of plastic-covered spectators lining the streets to witness the annual drenching of delicate petals and princess curls. It’s a festive scene, and marks the coming of the sunny season, which begins the next day. Meteorologists explain that our prevailing weather pattern arises when a deep plume of moisture embedded in a powerful jet stream stretching from Japan to the Oregon coast collides with the Rose Festival Grand Floral Parade. 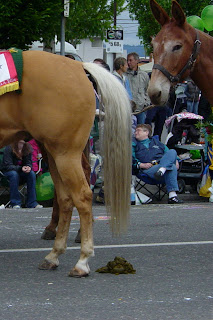