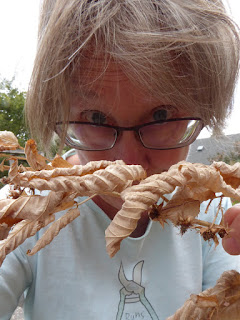 You can tell the fellow gardeners. They don’t admire the garden generally. They’re specific.

Hi! You’ve got some great structure going on here.

Thanks! You should’ve seen it in May. Leaves and everything.

What’s that thing over there?

There? You mean the dead stuff?

The tall deadish stuff just behind the dead stuff?

Oh yeah! That stuff’s great. I mean, the nearly dead stuff is a real champ too. I think it might still have a taproot that’s hit a pocket of gardener’s tears and it’s really hanging on. 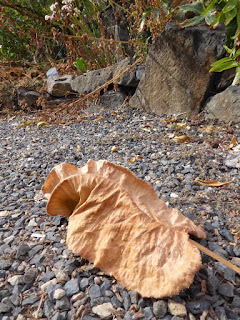 You know, I had something a little like it, but I watered it in April, and again in late June, and damned if it wasn’t squawking for more as soon as August rolled around. Total princess. I don’t need that kind of pressure.

Right? I really like the ones like the Bleeding Hearts that bloom in the spring and then die back completely. You can go all the way to the next spring thinking they’re still alive. Hey, do you know about this one? It’s my new crush. It looks dead right out of the nursery! A real time-saver.

I got one last year! They’re cool. Just going to let you know, though, that when it really does die, there’s nothing more pathetic-looking on the planet.

Oh rats. I had high hopes.

That’s a nice big healthy green thing over there. Pokeweed?

Yup. I’m going to have to hit it with Roundup, I think.

The little maples are nice. 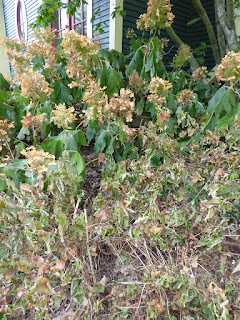 Thanks! They don’t need much water at all. In fact the more you water them, the faster the verticillium wilt spreads. I’ve lost about a third of the limbs on this one and I’m pretty sure the coral-bark is next. It’s seeding like crazy. They tend to do that when they know their number is up.

Yeah. Good for the birds, though. You should see them on my dead cascara! I’ve never had so many woodpeckers.

Aw! I wish I had a big dead tree. None of my dead trees ever got big enough to interest the woodpeckers. Oh, by the way, I totally recommend this little guy here. Sumbitch rises from the ashes every year like clockwork. I’m getting it to where it doesn’t lose its leaves until early July, and then it goes out flaming. It’d be gorgeous against the blue salvias if I could get it to hold out that long.

You can’t go wrong with the salvias. I’m all over them. My sister in California has one the size of a Volkswagen just blooming its fool head off. Dry, dry, dry! Sucker dies outright if you even sprinkle it. I’m not kidding. Shrivels up like the Wicked Witch of the West.

Ha. That’s nothing. I had a hosta plumb blow up the other day. There was a puff of smoke and slug snarge rained down for hours.

That’s nothing! I had one native snowberry next to a bed of verbenas and it up and murdered the whole family.

We lean on the wall for a few moments, absently crinkling leaves into powder.