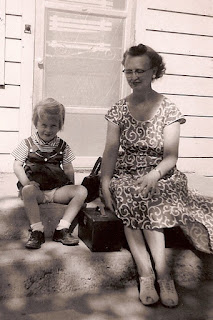 Most of my friends have thoroughly grownup children now, and it still startles me to hear the way they talk. They’ve made sure their kids are fully versed in and prepared for adulthood in a way our own parents failed to, even talking frankly about S – E – you-know-what. So my friends’ daughters will rattle on about penises right in front of their moms and everybody is totally cool about it, except me. It’s not the subject matter part that bothers me. It’s the WITH YOUR MOM part.

My own mom gave me only the most necessary information concerning highly personal hygiene, just enough to keep me from running to the school nurse screaming the moment I became a woman, not that we used inflammatory words like “woman.” Ours was a family that didn’t even say “down there.” Just as we can infer the existence of a black hole by the behavior of nearby stars dancing around it, I learned what is never to be explicitly talked about by what Mom and Dad danced around. It was understood. We had a deal. They let me know exactly what their standards were and what they expected from me for eighteen or so years, and in return I knew exactly what to never, ever talk about. I learned the nature of problems I was to take to my doctor or my friends but not my parents. We certainly never sat around talking about penises. 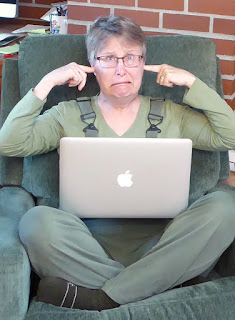 I don’t have a kid. I have a laptop, and it’s young. I can tell. If my laptop could volunteer anything about its private life, it wouldn’t hesitate. It would tell me who it met out in the Cloud and what it was doing with them. The little sucker is flapping its digital lips all day long. I really don’t want to know. I bought it and brought it home and plugged it in and hoped it would have the good sense to do whatever it wanted to do and not bother me with it, but no. I just want to get in and take ‘er for a spin but as soon as we snap the seat belts on, it lets up on the gas and says Safari is using an encrypted connection. Encryption with a digital certificate keeps information private as it’s sent to or from the website. Okay?


Fine! Duly noted. I don’t need to hear all that stuff. And thanks for offering to show the certificate, but some things aren’t meant to be seen. Keep it to yourself. You don’t need to ask for permission every time you go anywhere. Just be careful, have fun, and don’t give me any of the details. 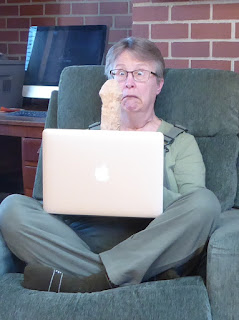 Likewise all this bullshit about the passwords. I don’t know what the passwords are. You’re supposed to be the smart one, you tell me. I do remember that there was some simple setup procedure when I got this thing and I dutifully plowed through a bunch of stuff before hitting a logjam of some kind and quitting. I was supposed to come up with all these passwords for this that and the other, and every time I did, it said it was crappy and I should pick another. I started writing them down, expecting the interrogation to end, and finally gave up when it kept asking me ever more obscure things I didn’t know the answer to. As a result, my laptop can’t play on the Cloud after all, which is why it keeps asking me all the time. My cat still thinks we’re going to open the back door for her, too.

Safari wants to use the “Local Items” keychain. Well fine! I gave it to you once, it’s in your room somewhere, and if you would pick up after yourself every now and then you’d be able to find it. Oh all right. Hold on. Here it is. Last time, I swear.


Great! I’d like to have Sophia Loren’s cheekbones but you don’t see me whining about it every two seconds.

And if you need some damn keychain so bad just sneak it off the dresser like a normal kid, go on your toot, and put it back before I wake up. That’s called being considerate.