I barely noticed when The Beatles vaulted onto the world stage, fifty years ago. Our family was a self-contained unit and didn’t get real intimate with the popular culture. We did get the Huntley-Brinkley report every night, accompanied by a grumbly voice-over from my father. I knew what our political preferences were, but not why. I knew that when Steve Lasko, a boy in my fifth-grade class, hung a bumper sticker for a local Democrat on his desk (“BREAK THE BYRD-BROYHILL GRIP”), that meant he was on the side of Good, as well as being cute. I was aware of Marilyn Monroe and Playboy Magazine and Mickey Mantle and the importance of all of them to certain of my classmates. But The Beatles was just something I heard people talk about.

The only conceivable entry point for The Beatles into our house was the little radio on top of the refrigerator, but Arthur Godfrey lived in there and prevented unauthorized incursions. Sometimes he let out The Syncopated Clock and the Typewriter Song but that was about the extent of it for music. 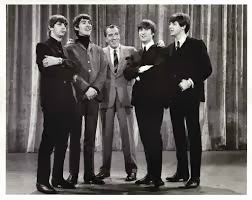 In 1964, according to the grapevine in Miss Pope’s classroom, The Beatles were going to be on the Ed Sullivan Show. That was on the wee list of programs that were allowed in our living room, but for some reason I watched that episode next door, at Susie’s house. Susie was younger but she had a much better grip on popular culture than I did, and I was already beginning to pay attention to her pronouncements to avoid embarrassing myself in front of my peers. We sat on her parents’ bed and tuned in. I still couldn’t hear any of the music. The audience was going crackers. And there, right next to me, to my utter astonishment, my neighbor was beginning to bounce up and down and emit noises. Little proto-shrieks. It wasn’t easy to acquire mass hysteria through the TV, because the reception wasn’t that good at the time, so it just came out in high-pitched squeaks.

I was dumbfounded. None of this made any sense. I recognized this as a watershed moment. On the one hand, everything about the behavior rang false. On the other hand, I recognized for the first time that very soon, false behavior was going to be expected of me.

I went back home, but something had shifted. Home was the sort of sheltered environment that is sure 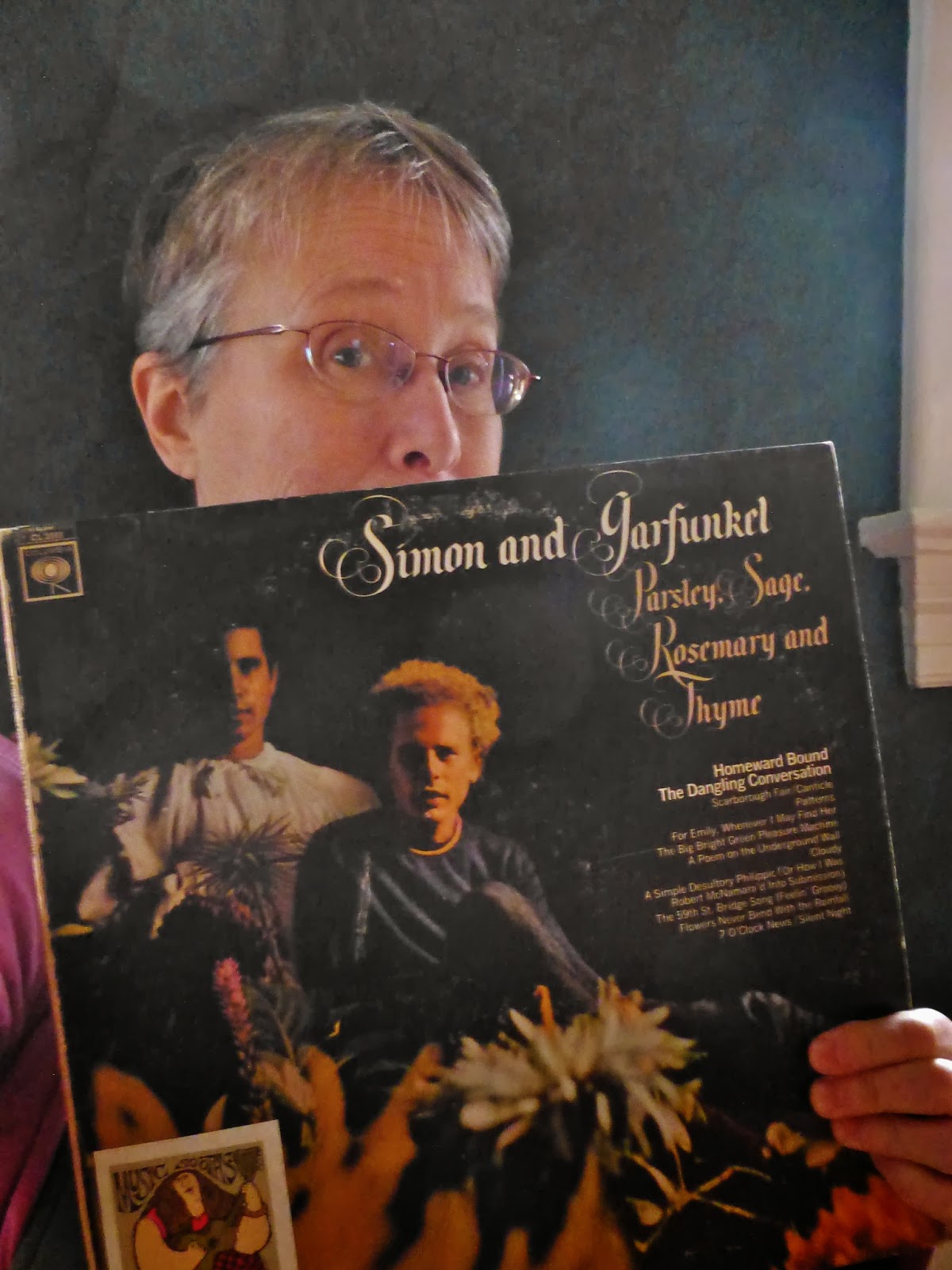 to drive a child to the streets to seek her own culture. And sure enough, the next year, at Karlissa’s slumber party, which I was miraculously invited to, I finally heard The Beatles. They were fabulous. I’d been making fun of my classmates for two years, but I was wrong. They really got a hold on me. All I gotta do is get one of those records and play it till the groove ran smooth. It won’t be long now. Don’t bother me, Mom and Dad.

But how to introduce an unapproved influence into the sparse but weird family collection of classical music and Odetta and Burl Ives and Victor Borge albums? With no money? It couldn’t be done. A couple years later, once I’d started babysitting, I bought my first album, Parsley Sage Rosemary and Thyme, and slid it surreptitiously into the rotation.

That seemed to go over fine. Eventually I was emboldened enough to haul in the Best Of The Mamas And The Papas. Using the same kind of logic that Portlanders employ to encourage their dogs to jump all over people, I reasoned that because “California Dreamin'” was clearly the best song ever written, nobody would mind if I cranked it up as high as the big standing mono player could push it out.

And nobody much did. The first three hundred times.