You Can’t Lick The Beaver State 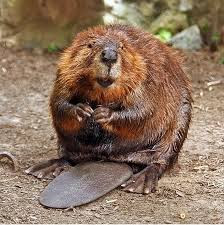 When you live in the Beaver State, you are attuned to state symbols. Ours are respectable, mostly: Douglas Fir, Oregon Grape, Western Meadowlark. Then you look over the list and notice that the state beverage is milk. The state beverage in the biggest and finest hop-producing beer-brewing territory in the solar system is milk. And you begin to suspect that dark forces are responsible for the naming of state symbols, sometimes. Like Big Milk. The poor sarsaparilla lobby never got a foothold. Some symbols, though, seem to have come about as a result of a class project. Mrs. Wormwood’s fourth grade class decided to get a bill passed as a civics lesson. Nothing else can explain why our State Hamster is Mr. Fluffy.

We’re used to states having symbols. All of them have a state animal, a state flower, and a state bird. But there’s been symbol creep. Massachusetts has a state dessert (Boston cream pie), a state dog (Boston terrier), and a state bean (Boston baked bean). Oregon doesn’t stand a chance in this contest. Our biggest city doesn’t have anything named after it but Portland Cement. Our second-biggest city is no better off. We could have a State Conductor (Eugene Ormandy) or a State Socialist (Eugene V. Debs), but they’re not from here.  Third-largest city, same problem. The only thing named after that is Gresham Chrysler Dodge Jeep RAM.

And it would be silly to have a State Cement. Or it would be, if we didn’t already have a state soil (the Jory soil). It’s a special volcanic soil occurring in only a few legislative districts and is conducive to growing many iconic crops such as the hazelnut, but not necessarily good for crops in other legislative districts, and many senators were grumpy about giving it an official shine. But when the sponsor of the bill to name Jory soil the state soil pointed out that he was willing and able to hold up health care legislation, the virtues of Jory soil became clear to all.

Only some of the symbols are mandatory. You’re supposed to have a state bird. Not a lot of thought needs to have gone into it. From what I can tell, small groups of legislators in each state talked about it over whiskey and cigars back in the last century. “How about a robin?” one would ask, depleting his personal cache of recognizable birds, and the others would demur, puffing thoughtfully. “Every other state is going to have the robin,” they’d say, flicking ash onto the floor. “I know! How about a cardinal?” Smiles bloomed on the legislators’ faces as they each realized they could recognize the natty, bright orange bird, if not his mate. “Cardinal it is!” Thus the cardinal was enthroned as the official state bird of everywhere east of the Rockies. Western states felt bereft. Oregonian legislators, unaware that there was such a thing as the Oregon Junco, punted. “We’re in the west–western meadowlark?” Done. I’ve never seen one, but then again, we only have one Miss Oregon at a time, too. 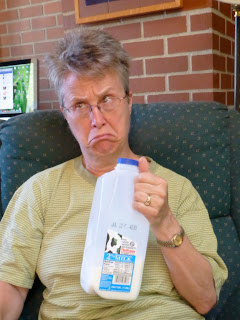 There is some hope that we can overcome the Milk ignominy by the recent naming of our State Microbe. Right there, we’ve got something distinctive. No other state has managed a state microbe. Our state microbe is Brewer’s Yeast. Streptococcus got no traction at all. The only problem with honoring brewer’s yeast is that it is also a fungus, and we already have a state fungus (the chanterelle mushroom). It’s like having both a state tree (Douglas fir) and a state leaf (Douglas fir needle). But this sort of dithering hasn’t stopped other states. Mississippi has State Mammal #1, State Mammal #2, and State Mammal #3. Now they’re bickering over a state gravy.

Here, when it comes to mammals, we have modestly confined ourselves to the beaver. Although we also have a state seal.