You’d Think They’d Be On Snow White’s Side 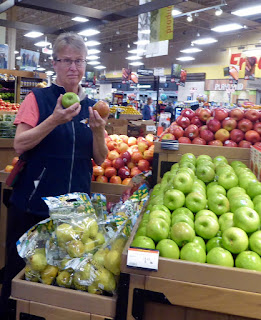 The Trump administration has announced the rollback of major provisions of the Obama-era Poison Apple Elimination Act, prompting outcry from progressives who hate freedom. “How can the Republicans be in favor of poison apples?” they demanded on the Senate floor. Majority leader Mitch McConnell’s cheeks plumped in an indulgent smile.

“The government should not be in charge of determining which apples are poison and which are not,” he explained tartly. “This is simple overreach. The market is perfectly capable of sorting out the apple situation.”

“That is absurd,” thundered Democratic Senator Jeff Merkley, exhibiting the first stages of flabbergastion. “It is entirely within the government’s purview to protect American citizens from poison in their food.”

McConnell had already left the chambers. “Hogwash,” he replied, through a spokesman who vouched for his familiarity with hogwash. “This entire bill has had the effect of damaging the Apple Pie industry. Democrats simply don’t trust Americans to choose their own fruit products.”

“Democrats Wage War On Apple Pie,” read the tabloid headline. Yellow-headed anchorettes from Fox News drummed the theme. Sources say the original Poison Apple Elimination Act was the brainchild of Democrat Senator Phil Necro after he was discovered trying to kiss a beautiful young woman who was already dead and in a casket. “I was merely trying to smell her lips to determine the cause of death so we can avoid this dreadful calamity in the future,” he said, shortly before resigning to spend more time with his family.

In an interview on Fox News, Speaker of the House Paul Ryan assured Democrats that this action should not be taken personally. “The President is merely trying to target waste in government by rolling back all legislation enacted between 2008 and 2016. It is not possible,” he said, “to conduct the careful review that Americans demand and expect while these laws are still on the books. They must be withdrawn before they can demonstrate any effects.” 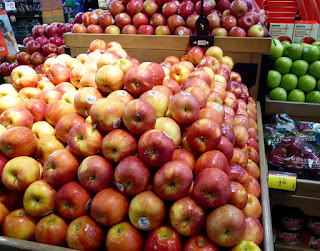 Democratic leaders met behind closed doors with speechwriters and polling experts to speculate on how they had become the anti-apple-pie party. It was agreed that nothing good could come of pointing out that Republican Rep. Morguetrotter had been caught in exactly the same situation as Senator Necro without suffering reprimand of any kind from his party. “I can hear it now,” groused the consultant from Public Relations, adopting a mocking tone. “What Mr. Morguetrotter does in his free time is not something the American people care about. And unlike his Democrat counterpart, he didn’t introduce needless job-killing legislation that hamstrings the apple pie industry. In fact, the congressman is proud to say he didn’t do anything at all.”

“We can go ahead and let that Morguetrotter business play out on Facebook, as usual,” the consultant went on, “but our constituents don’t spread ‘gotcha’ memes like that as much. They’re too wrapped up in climate change and civil rights issues.”

“As well they should be,” Merkley snapped. “Did you see that massive giveaway to the coal industry those assholes are cooking up now? They’re pulling us out of solar and wind until they’ve taken down all the mountains in Kentucky.”

The consultant riffled the papers in front of him, and stabbed a finger at one page. “Ah. Here it is. The Heritage Emissions Protection Act?”

Merkley lowered his head to his desk and began to pound slowly.

“Thing is, they keep funneling all the money to their wealthy cronies while ginning up all these controversies to distract us. Like that NFL taking-a-knee fiasco. How did that peaceful protest get to be a dig at our armed forces? How did we lose control of that story? It’s utter bullshit.”

“I know! Let’s do it their way! ‘Republicans take stand against jobs and American workers’ rights by demanding that professional players exercising freedom of speech be removed from the football field.'”

“Fake News!” the President tweeted twelve hours later. “Nobody loves field Negroes as much as Republicans do. Believe me.”