You’re In Charge Of Acquisitions

We had folks over the other day, and one of them admired one of my doo-dads, so I offered it to him, and then I offered up my old LPs, and then someone liked my shirt so I said he could have it, and suddenly Anna whipped her head around and gave me a look of pure alarm. It was adorable. Anna is a sensitive soul capable of worrying about climate change, the prison system, and racism all at the same time, so it’s nothing for a big heart like that to wedge in a little worry about me, and whether or not I was thinking about checking out.

I’m not. At least I’m not thinking about checking myself out.

But it’s true that the closer one gets to one’s sell-by date, the less important any of one’s stuff is. Or should be. Honestly, I don’t know what’s gone wrong with the billionaires.

I don’t want anything new. I don’t need it, and it’s going to be made of or wrapped in plastic, sure as anything. This degree of calm in the face of all efforts to sell me something is brought to you by Mortality. Although–full disclosure–it also helps that I’m old enough to have already bought everything. And now it needs to go away. Death isn’t something anyone wants, if they’re lucky, but it is a gift of a sort, in that it gives you a little clarity about what’s important. 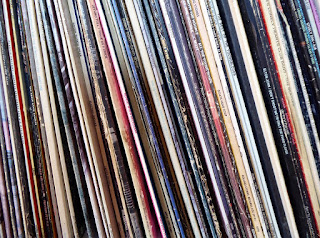 I remember what it was like accumulating some of the crap I’ve got now. It was as if that little purchase would make me just a little bit happier. It didn’t. If you’re not actually poor but you still think you need to buy a lot of stuff, you should look into what personal hole you’re trying to fill.

We got lots of stuff. Every morsel of it that goes away leaves a little bare space that feels better than whatever cluttered it before. Now we’re headed into the holiday massive-consumption season and Dave and I are watching the advertising waves roll in with complete serenity. We’re not getting each other anything. We’re not getting anybody anything. It’s nice to buy or make someone something special, but that can happen any time of the year, and for many of us this season is just one long awful obligation. And once you step off that ride, you’ve got more room for actually enjoying the solemn majesty of winter and candles in the window and the possibility of going caroling. 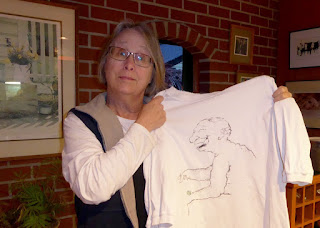 It’s amazing what you can be talked into buying. In one recent ad, I discovered that not only should an already-beautiful woman want to gob up her eyelids with gold glitter, which is made of plastic by the way, but if she accidentally goops it on her cheek, she can wipe it away in one swipe with a special plastic towelette for just that purpose, and even better, she can get that one towelette wrapped in an individual plastic wrapper so she can keep it handy in her purse for on-the-go plastic makeup disasters. People. We need to get a grip.

So yeah. I’m old, makeup isn’t going to improve me, and I’ve already bought everything. It’s easier at my age. But we’re all going to die. Maybe if we acknowledge that, we can let up a little on what’s burdening the planet. And our own souls. This stuff’s not about Christmas. It’s about pushing profit for shareholders and further enriching the very rich. Let’s help them out a little by withholding our contributions. It isn’t making them happy or satisfied, obviously.