On The Old Rag 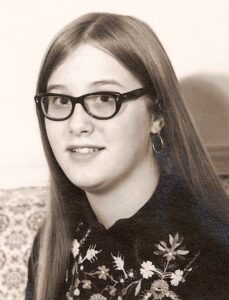 I read that you need to buy a dollar-permit to climb Old Rag Mountain now, and I’m sorry. It’s not the dollar, and it’s not the principle of the thing. I’m fine with the principle. It’s the fact that the old mountain is so overrun by people now that it needs thinning and discipline. It’s the same all over.

We’ve got a lot of beauty handy-by here in Portland. We have one main mountain that we feel personal about and several auxiliary ones that take a bit more of a drive and may or may not be blowing up a little. We used to have trails more or less to ourselves. But since I moved here in 1976 our city’s population has doubled. That’s a lot of pressure. You get too many people appreciating the wilderness, you don’t have wilderness anymore.

Old Rag, though. It’s in Virginia. It wasn’t a huge hike, but you could strap on a backpack and spend the night on top and maybe not see anyone else. Our high school group did that more than once. I have it in mind that Old Rag is short for Old Ragged Mountain although I don’t see anything about that in the Googles. So I don’t know the origin, but, I’ll just mention, Old Rag was the first place I ever used a tampon. So glad we didn’t decide to climb Mount Catheter.

I was young enough that there was nothing regular about my periods. I’d only had three or four, ever, and the spacing between them was not yet up to code. This led me to be unprepared as hell, and for very unsound reasons of my own I didn’t like to involve my mom much. So when I discovered that I was having a Situation on top of a mountain with no proper accoutrements, a manual, or even an Allen wrench, I scavenged my first tampon from one of the other girls. How do you do it, I wondered out loud. Well, she told me. You just stick it in.

Wouldn’t you think that would be a simple enough instruction? But when you don’t know anything about the territory previously known as Down There, you don’t really have a sense of the thing. What’s the trajectory? What’s the angle? If you feel resistance, do you keep pushing at the risk of punching yourself a new hole? Plumbing is like that. You don’t want to reef on things, without experience. How much pressure to exert? Are temperature and volume relevant? Do we need to take the Coriolis Effect into account?

I can’t remember if I consulted anyone. I believe I somehow discovered a way in and hoped it was the right way and not some new way I’d drilled for myself. But that isn’t all there is to it. You’ve got your tampon in your cardboard tube all ready to push in like a hypodermic, but is it in far enough? Is there such a thing as too far? Too far would be bad. It would be medically unwise. There might be retrieval issues.

So you stop at a point that feels prudent, and you pull out the cardboard delivery system. You’ve only got the one shot. Is it in enough?

It is not. Now you have a whole new form of discomfort to go with all the rest of the joys of adolescence. It is a discomfort which you will learn, later in life, to correct using your fuck-you finger while in a deep squat. And it is specifically a sort of discomfort that you really don’t want when you’re hiking. Especially Old Rag, which is a gigantic pile of huge boulders requiring a lot of leg stretching and pelvic contractions.

I would’ve paid more than a buck to get a little good advice then.