Raising The Tiny Fist Of Fury 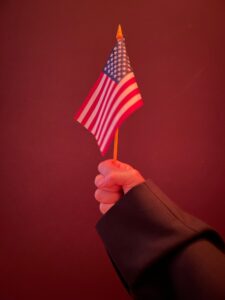 Donald Trump still had all day Wednesday to say nothing. On Monday he was ready to roar.

“My beautiful Mar-a-Lago, which is like a second, third, or fifth home to me, is currently under siege and being raided by a large mob of agents of the Deep State! They broke into my safe, put pythons in my pool, and pooped on my toothbrush! When all they had to do was ring the doorbell and my staff would have given them anything they wanted!”

[The sun dims briefly behind a flock of low-flying pigs.]

“And nobody knows what they’re doing in there! They told everyone to leave and zip-tied my new lawyer, Bambi, to an alligator on the front lawn! No one knows what they’re ‘finding’ or, God Forbid, planting in my beautiful storage room, the most beautiful storage room the world has ever seen! And I know because I watched footage of the whole raid on my security cameras! I didn’t miss a thing!”

“I’ve got footage. I can show you the exact moment they backed a van up to the storage room and unloaded cartons of fake documents!”

[Mr. Trump bends over and points at a screen. Journalists crane forward but are unable to make out anything because of the sudden burst of monkeys flying out the former President’s butt.]

“It’s one more radical left wing pansy-ass Democrat conspiracy to weaponize the Justice Department to discredit me on the very Eve of the 2024 Presidential Election which will have been Stolen from me!”

That’s quite a statement, Mr. President.

“It’s a future-perfect statement! They will have said I stole secret documents, and I don’t have any documents at all.”

[Footage on the screen clears up long enough to see FBI agents carrying out boxes labeled SECRET, TOP SECRET, and NO GIRLZ ALLOWED with the NO crossed out.]

No documents at all, sir?

“None. Just a few. And Barack Hussein Buckwheat Obama did it too. He took 33 million pages of documents and nuclear codes and stashed them in the walk-in freezer of a restaurant on Connecticut Avenue where they were hidden inside pizza boxes and traded for underage white boys but you never hear anyone talk about that.”

So you did take documents.

“Not top secret ones. Everything I took I declassified first.”

“I said ‘I declassify you’ three times. Picked that up from a good friend in Saudi Arabia, a very fine man who also has some very Good Ideas what to do with nosy Journalists, if you get my grift. I declassified them fair and square, and if someone didn’t get around to relabeling the boxes it isn’t my fault. There were plenty of Sharpies around.”

You’re not actually allowed to declassify documents after you leave office.

“But when I will have declared myself President For Life I will have already done it retroactively.”

So none of the documents you did or did not take from the White House are of a sensitive nature?

“Fake news. They’re just mementos, pictures of the family, Ivanka from age three up, plus that one diaper one with her heinie in the air, Don Junior, and the funny-looking one. And the other one. The other two. That’s all.”

You’re not actually supposed to have any documents.

“They’re not documents. It’s just stuff I had printed out to give the kid something to color.”

All right, but there has been some concern about possible possession of highly classified material such as nuclear secrets and weapons plans, items that might be of great value to some bad players on the world stage, especially in light of the billions of dollars that have already been given to members of your family since you left office.

“Let me tell you a little something about business. A smart Businessman does not accept billions of dollars without having something of equal value to exchange for it. That would look Bad.”

Your former Vice-President, Mike Pence, has said that he and Mother share “deep concern over the search.” Strong words. Are you surprised at his support for you after your recent efforts to have him strung up?

And other Republicans are demanding the immediate release of the FBI warrant and related documents. You of course have possession of that warrant and can release it to the public at any time. So are you…

“I demand the immediate release of that warrant! And any and all ‘evidence’ Mousy Merrick obtained that I did not have and so did Obama. There’s nothing of interest in there. I’d remember. Person, woman, man, camera, TV. I’d remember.”