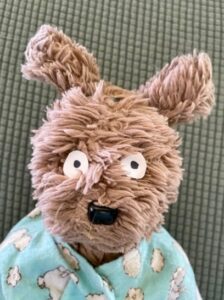 It was morning, which is what I call the time of day beginning three hours after dawn, and I was all ready to do the regular morning tasks: renew a pox on Republicans, dismantle the plutocracy, and check the beer levels in the fridge, when suddenly there was a tremendous disturbance in the force and sure enough my blog had totally disappeared and I wasn’t done with it yet. And I did what any of you would have done. I said “Motherfuck” very quietly and got in touch with my webmistress Queen Judy and whined like a kicked pup.

I don’t know how these things work. I had just popped into the dashboard a few days earlier to fart around with one of the pages and I might have set off a tiny bomb before concluding I didn’t know what I was doing and clicking off really quick, but in spite of my worst efforts everything was working fine afterwards. Still, my prime suspect was me.

But no. Judy said I’d been HACKED. Me! Who has never said anything anyone would ever take offense at unless they are Republicans, or don’t agree that abortions should be mandatory and in some cases retroactive, or don’t like to read about poop. I’m clean, I tell you.

So I don’t really understand what in the world happened but I am savvy enough to know exactly who did it. Assholes. That’s who did it. Not sure if that’s the technical term.

I don’t know a lot of the technical terms. I can’t imagine Judy likes hearing from me that much. If she’s trying to get me to cooperate in some meaningful way with the operation of my website, she’s got to feel like someone at NASA explaining that the rear thruster assemblies need to be discalibrated in order to unbutton the anti-inflammatory flapmonger and all I need to do is flip one little toggle on my end, and did I understand? And I scratch under my armpit and grunt “Fire! Bad!”

Anyway as your wonderful emails started to trickle in (“Are you dead?”) I actually found myself more relaxed than usual. Yes, it was possible I would miss a Wednesday post for the first time since 2008. I couldn’t get into my dashboard to put in new ones. But Judy told me not to worry, that it would get solved. And there wasn’t anything I could do about it anyway. And she was going to do all the wrangling with the nice tech people in India. I once spent an entire month talking to the nice tech people in India to get my email back online. Now I can take only ten minutes of that before my PTSD kicks in and liquefies my soul. (It comes out my eyes.) I had some money to throw at the problem. Yes, this is more of a hobby than a business, but people spend more on golf clubs.

And when I got up Wednesday morning, Judy had slain the beast and left the carcass at my door. She’d been up half the night because India is on the wrong side of the world, but the assholes had been routed. Would I check in my dashboard to see if anything looked wonky? I did. It looked like home.

Without the welcome mat. Everything was working fine but nobody could comment. There are websites where you wish there wasn’t a comment thread but Murrmurrs is not one of them.

Having Judy in your contacts is like being stuck in an elevator shaft in a building that is on fire and suddenly Bruce Willis sticks his head through a trapdoor and says Okay, honey! Don’t move! I’ll be right back! and then disappears and you’re screaming your fool head off but then there he is again dangling from a helicopter and scooping you up and by the closing credits the bad guys are gruesomely dead and you’re in the future telling stories to your grandchildren.

I’m going to put out a bowl of hard candies now. Comment away.