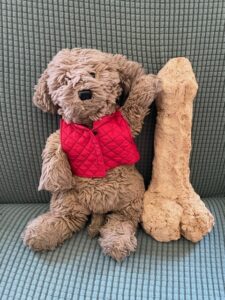 There was a time when it would have been inconceivable that a man who was not about to go into surgery would shave his balls. I know. I was alive at the time, and things were pretty much the same for the previous 300,000 years also. Evidently, now men are shaving their balls. On purpose.

It’s presented in the advertising as a hygiene issue, but it is not. It’s fashion. Men are shaving every damn thing. They usually leave some fancy hairdo right on top so you know which end is up. But the rest of it? Gone. It would appear that modern men and women are more attracted to bald male bodies than they used to be. Your modern man would mock Burt Reynolds in that famous centerfold, and that is because Burt Reynolds can no longer kick their shiny asses on account of being dead. But your modern man is going all in. He has a fortune in tattoo art to display. Mostly not on his balls.

So, balls. When it comes right down to it, I can think of a few advantages to hairless balls. But it seems like a lot of trouble. From what I hear, balls are sensitive. I believe it. I know they react like bashful starfish upon close inspection. What do they do when the razor shows up? Tuck up under the diaphragm and wait for the all-clear? Are balls with tiny bits of toilet paper stuck to them attractive? And think of the stubble. It’s going to itch. They were going to be scratching there anyway, but still.

You aren’t going to find another mammal interested in any of this. Even the ones that could hold a razor. You give a group of raccoons a bunch of razors and they’ll strike a pose and advance on you in formation like the fight scene from West Side Story but they will lose no fur.

There are lots of products out there. There’s the Ballber Groin Trimmer by Happy Nuts. There’s the Manscaped Lawnmower—be careful yanking that starter cord. There’s Ballsy. Ballsy comes with two heads so you have a spare in case you slice off y…oh wait, that’s two heads for the shaver, so you don’t have to use the same head for your face and your other place. As the ads say, you can “keep your privates trimmer away from your face.” Which is a little precious considering why you’re shaving your nuts in the first place. You are totally interested in being close to a face. Someone else’s.

But it’s not enough to prune your plums. You’re going to need a lot of other stuff no one ever needed before, so keep that wallet open. Ballsy sells a package (heh) which includes ball wash, sack spray, and nut rub. Ballsy’s Ballwash (“Nuts, Butt, and Body Wash”) isn’t going to work as well as the ball washer at the golf course, assuming you’re the right height, but you won’t have as much trouble with the hand crank. Sack Spray is an odor neutralizer. Nut rub is a solid cologne. No instructions on how much rub is needed or how long it should take to rub on.

The nut rub comes in a few fragrances. Ocean and Air. Forest and Fields. Cedar and Citrus. Drift and Dunes, Bourbon and Barrel, Smoke and Suede. Pro tip, boys? Try Chocolate and Cherries and see where it gets you.

But if over-grooming still seems a little effeminate, you could try Squatch’s Pine Tar Deodorant. That don’t do it for you, maybe you’d be up for Attila’s Shredded Carhartts & Gun Oil.