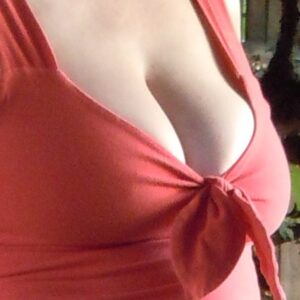 I’m not sure what made me look up my medical record. Maybe because it was the dog days of August and I found myself dreaming of a terrycloth brassiere. I had enough personal humidity to host a salamander. But I did look it up, and sure enough, I was due for my annual mammocram. When might I like to come in? the website said. Here is grid of available times and dates:

Today. In an hour.

No no, I didn’t mean today actually, but soon, maybe tomorrow? Tomorrow it was. I was more or less on time for my annual, and yet still feeling as if I had some control over my own life.

Not that anything about a mammocram upsets me. It’s been a snap every year since I was 35, when I first started getting them, on account of a strong family history of death and stuff. It was no worse than uncomfortable back then, when everything on me had a bit more spring to it, and it got less and less uncomfortable over time.

I’m not a heavy user of medical expertise. I used to have an annual pelvic, but I haven’t had a pelvic thrust at me for years now. Evidently nobody is interested in whatever’s up there anymore, including my medical professionals. “Been there, reamed that,” they say, and nudge me down the hall to the colonoscopy department. Or the bionic joint replacement center. I don’t need either of those. My joints are just fine. Nothing hurts on me unless I fall down or smack into a wall, and although both of those things happen to me more often than they do to more solemn people, those pains don’t last long.

And as far as the colonoscopy goes, they’re just having me mail it in now. Apparently Mussolini’s ghost is in charge of making my digestive train run on time, and a car leaves the station every morning just about as soon as I’m upright.

There are probably other operating systems besides my breasts that I should have checked out, but this is the only pressing one. 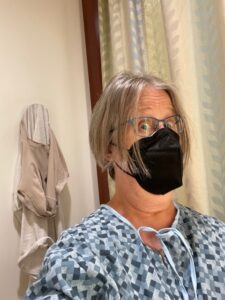 So anyway I never had much trouble with the mammocram. I’m not interested in lingering in there but it’s no ordeal. Less so now that my affected tissues have, let’s say, “thinned.” What happens with breast tissue is at a certain point, the point that coincides with you no longer giving a fuck, all that internal architecture designed to feed babies and (coincidentally) to attract contributors to a working embryo—all of that yawns and leaves the building, and is unceremoniously replaced by fat. Yes, fat. Right up front where you can keep an eye on it. That’s where I like to keep most of my fat anyway, although I can’t say I couldn’t benefit from the occasional back flossing.

Which means I’m pretty jolly during my mammocram. I like to put the technician at ease.

“Okay, I’m just going to crank this down a little at first—how’re you doing?” she said.

Paddle? I inquired. After all, I didn’t mean my comment as a challenge. 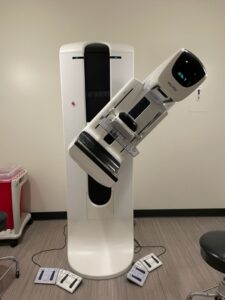 Turns out “paddle” is the term for the plastic platform that is responsible for turning your secondary sexual characteristics into crèpes.

“Make sure to get it all in,” I said helpfully, and she laughed. “No problem,” she said. “I read a hack online. All you need to do is start at the bottom end and roll the breast up onto a rolling pin and center it and unroll it again, and you get a perfect crust every time.”

I always consult Dermatology when I get a perfect crust.

But all is well, again, I assume. This is excellent and time-proven technology, after all. Seems to me it would be valuable for early detection of testicular cancer. Evidently, the investment in soundproofing the room proved to be prohibitive.