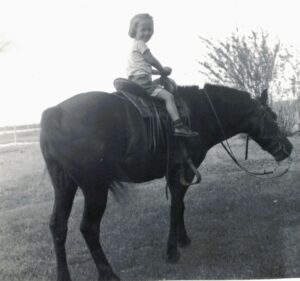 The problem, as I see it, is that you gave America a pony when it was little, and that sets up America’s expectations for the rest of its life. You can’t blame America for wanting a pony. Everyone wants a pony. But in a mature household the kid isn’t supposed to be in charge or get whatever they want just because they want it. There are other considerations that kids may be forgiven for not being aware of, but adults should have a broader perspective.

You’ve got the original cost of the pony. You’ve got the upkeep of the pony, and the massive acreage devoted to oats and hay, and the maintenance of the trails. Did you make America promise to pick up the pony poop? Of course you did. But it doesn’t take long to discover that the pony just drops a load every which where, and everyone else’s pony is doing the same thing, so after a while nobody is picking up the poop.

Now America is all grown up and hasn’t learned to account for all the costs because she was massively indulged as a child and we’re chest deep in pony poop, but we’ve gotten used to it, and everyone thinks we’ve still got a little time before we actually suffocate.

It’s an odd thing. Most people might agree that the government should not have to ensure we can rebuild a house in a flood zone ten times over. Sure, there was an effort made to drain swamps and pave over wetlands and otherwise God-proof our habitat so we can build wherever we want to, but water is water, and at some point it’s going to jump the Army Corps of Engineers’ banks, and it really doesn’t make sense to pretend otherwise. We get that, especially if it’s someone else’s house that keeps getting flooded.

But we still think it makes sense to live where it’s 115 degrees and climbing, and we still think the president owes us three-dollar gasoline. And we’ve always had that pony.

We even think three dollars is what the pony’s worth. What we pay at the pump is the extent of our view. We don’t reckon what we also pay through our taxes for exploration, drilling, pipelines, subsidies to oil companies, profits, and a massive military largely dedicated to assuring our access to oil. We certainly don’t account for the poop accumulation: the cost of wildfire, hurricane, flood, drought, inundation of shorelines, the disintegration of the food chain, the inevitable wars of conquest for shrinking territory, the ability to sustain life itself. That should be on that pump price too.

And now we’re stuck needing it cheap. Everything for the last hundred years was built to ensure we needed it. We don’t have cheap reliable mass transit. We’re living far away from the market. The Walmart is clear on the edge of town. You put the railroad tracks down, you determine where the towns spring up. Our car infrastructure ensures we require cars.

All we know is we still want the pony. Daddy promised. We’re gonna ride it right off the cliff.