What Would Abraham Do? 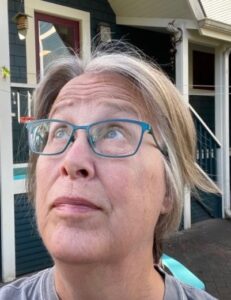 Goodness. People are comparing the religious right, currently in ascendance in America, to the Taliban. The overturning of Roe v. Wade, they say, is tantamount to a religious minority forcing their beliefs on the rest of us.

Others find that charge preposterous. Abortion is murder, they say. That’s a fact, not a religious belief.

Oh? Certainty—dead-certainty, in fact—is pretty much a hallmark of religious belief.

But how can you be ambivalent about murder?

Maybe I can explain. I am not religious. I don’t even describe myself as a spiritual person. I do, however, have ethics. I do distinguish between right and wrong. Some people might think my opinions are on the squishy side, and thus suspect. That’s because I tend to see many sides to most issues. There’s so much to take into account.

This does interfere with that apparently thrilling sensation of dead-certainty.

One thing that strikes me about the anti-abortion movement is that although all human life is declared to be “sacred,” there is a clear bias toward fetal life over the lives of grown women. Given the choice of saving an embryo or a woman, but not both, it is the embryo that wins out. The word choices give it away. It’s “innocent” life that must be protected. There is some presumed preciousness about the cellular project going on in a womb that is tarnished once an infant takes its first breath and begins to accumulate the inevitable foibles and failures of humanity. We do not know if that fertilized ovum carries within it the spark of a sage or a psychopath: but the innocent seed is sacrosanct. Its grown female host must sacrifice her health, her welfare, even her life for that seed.

That is a religious belief. It is not mine.

But human life is sacred.

I looked it up: “dedicated or set apart for the service or worship of a deity; worthy of spiritual respect or devotion.” I use the word myself. I am usually referring to some wonder of nature, such as a salamander, that webs me into the universe and the extraordinary throw of the dice that is my existence in a spectacular world. A salamander that, to my mind, needs protecting—from the likes of us.

Religion has called for the sacrifice of grown children in more than one society. So societies make their own rules. Ours, currently, would rule in favor of abortion, if democratic principles prevailed. That, in spite of the heartfelt convictions of the minority. So: Is human life sacred? 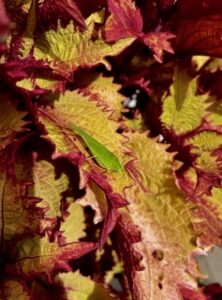 I do not believe it is any more sacred than a salamander’s life. I do not think we are special, despite our own evolved cleverness that insists on conjuring up some notion of exceptionalism, insists on inventing ways to get out of dying. That is my belief. It’s not a religious one. But in this country, so far, nobody is going to put me away for saying it, out loud.

Human horror at mortality causes us to entertain a lot of notions that strike me as silly. Death is certain, but we try to weasel out of it. And think that we can. God can flush out a hundred fetal lives for every one that hangs on but we must devote our lives to blowing on that ember of life, no matter the human cost. Later we can imprison or execute the results. Later we can send the results to war, over religion. Later we can engineer the very extinction of all sentient life on the planet and yawn over it, confident of our reserved place in some imaginary eternal home.

Is abortion the same as murder? That’s a dead-certainty to some. Here’s a fact: reasonable grown people, people with ethics and a sense of right and wrong, even religious people, do not agree on this. Most of us would have no hesitation saving a child from a burning building over a frozen embryo. And there is not an abortion provider in this country who is “in it for the money”; these people know they are the targets of pro-life murderers, and their dedication to their beliefs is as strong as any clinic protester’s. And it’s not because they are in service to Satan.

That would be a religious belief.

I have had two abortions. Neither was a medical necessity. I was neither raped, nor ready or willing to be a mother. One was due to a failure of contraception and the other due to a failure to use contraception. My conscience was and remains untroubled. I know this outrages many people, but despite their warnings or wishes, I still do not believe in Hell.

I’d do it again in a grown-up heartbeat.