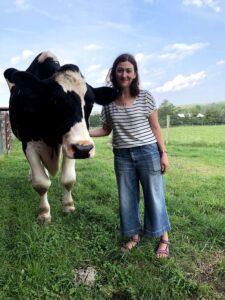 A good friend dropped by. She had only about fifteen minutes to spare, so we sat in the back yard and talked about birds, flowers, and why someone might want to kill us.

Molly’s had actual death threats, although that sort of thing is a dime a dozen these days. The social media have revealed us as a particularly crotchety species, given to insult and murder. I’m not sure why I haven’t gotten any death threats myself, since I mock Republicans every day as soon as I’ve had my coffee, and have publicly come down on numerous hot-button topics, such as abortion (I’m a fan).

Also? I’m an old white lady. There’s nothing easier to ignore than that. There are plenty of people who have reason to worry on a daily basis that someone is going to kill them or their family, but none of them are white people. Except the ones who up and decided, out of nowhere, just to piss us off, that their assigned sex was all wrong. And Jews, who are only honorary white people.

Molly, on the other hand, is young. Like me, she’s got a mouth on her, only hers is real purty. That puts her a few notches up on the scale of vulnerability to murder right there. Generally speaking, young white women are rarely slain except by men they’ve had sex with at least once. I’ve had sex with about fifty men all told but some of them are dead now and some are forgetful and I only pissed off one of them, but he’s a monk. I feel pretty safe at this point. Also, the herpes has really tapered off. 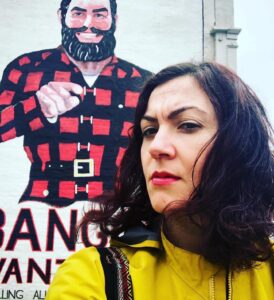 Molly’s real problem is she is the proprietor of Elwood’s Organic Dog Meat–Delicious Dog Since 1981—and she has a bumper sticker for it on her car. It’s meant to be provocative and the other day she was traveling in the South somewhere and might have provocked someone. The sidewalks in town seemed to be unusually laden with young men either drunk or defective or both, and her husband had suggested they do a slow roll past them so they could read their bumper sticker.

This would be the point in the story I asked her if she’s received death threats.

“Sure,” she said. “But most people don’t take this seriously. You’d have to be sort of stupid to think it’s real.”

“And you don’t need ‘most people.’ You just need one or two.”

“And besides the stupid, you’ve got the people who might think you’ll try to steal their fighting dogs for sausages.”

“Plus you have your actual name on the Dog Farm. Who does that? Even I don’t have a bumper sticker that says I HEART ABORTION with my name and address. There are people who would read that as “God will reward you for eternity if you rear-end this car into a bridge abutment.”

I worry. Molly is one in an unbroken stream of exceptional people who have lived in our rental house. A landlady, particularly one with an indoor cat and no children of her own, is going to worry about her tenants for the rest of her life. It’s a nice break from climate change anxiety.

“Oh well,” Molly said. She’s hard to frighten. She’s a standup comic. “If someone does take me out, that’ll be that much more exposure for Elwood Dog Meat.”

“I’ll make you famous,” I promised emptily. “I’ll start with all four hundred of my readers and they can take it from there.”

It’s all up to you, people. Eat a vegan tamale for poor murdered Molly!