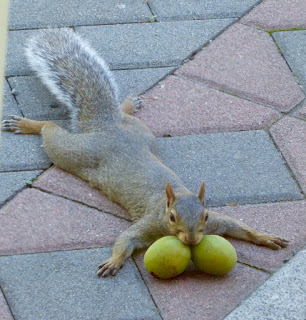 Squirrels are all around us in the environment, occasionally seeping into our houses, where they manufacture mayhem in the form of gnawing on things that do not belong to them, such as electrical wiring, with the ultimate goal of setting us on fire or otherwise demolishing our bank accounts, and you can’t always see them, but you know where they’ve been because they leave behind little piles of masticated figs, in season. And that’s how you can tell them from radon.

Radon is even sneakier. Radon cannot be seen or felt, and nevertheless can cause great harm, just like squirrels or the plutocracy. It is a colorless and odorless gas and has such a strong invisibility component that it can make an entire high school disappear, as it did not too long ago right here in Northeast Portland. As the sad case of the disappearing high school demonstrates, radon is not a problem at all until it’s detected, and then all hell breaks loose, in spite of which people are now working on more detection instead of less.

Radon was discovered initially over a hundred years ago and was often found to be lurking in coal mines and causing lung cancer in miners, which led to a demand for more ventilation in mines, thus rendering them safe as hell except for the coal dust, explosions, and the possibility of imminent mountain collapse. Once the mines were taken care of, nobody gave a shit about radon for a good 85 years, until a nuclear power plant worker named Stanley showed up at work glowing eerily. He, alone among his coworkers, tested high for radiation, so someone followed him home and discovered his house packed with radon. This led to job growth and a healthy boom time for radon detection and mitigation.

The gas seeps up naturally from the ground, chiefly in County Cork, Ireland and Iowa, but also in random locations all over the world, possibly including your house. Look around: can you see or smell anything? If not, you may have radon. The gas is light enough to get into your house but heavy enough to hang out primarily in your basement. It is so sneaky and particular it can even register in one room of your house but not another, and the only way to determine this without a radon detector is to place a middle-aged person in each room, with cable TV and snacks, and wait to see which one gets lung cancer. 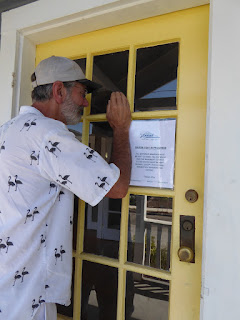 There are various ways to mitigate radon in the home. One can punch holes in the house sufficient to let the radon out and keep the cat in, or, better yet, lift the home up on stilts and throw a rubber sheet under it over a ventilation system to coax the radon out from under the sheet and into your neighbor’s house. Both options are a pain in the ass that would never have been necessary before that nuclear power plant worker messed things up for us. Gone are the golden days when people just up and died natural and nobody said boo about it. Clearly there is no upside to detecting radon in your home unless you’re a smoker, in which case you can take a high radon reading as a reason to say well fuck it and go ahead and smoke inside like you always wanted to.

You’ll still need a BB gun for the squirrels.