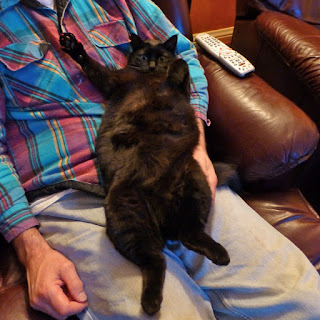 The older my thoughts get, the more free rein I give them. I figure they’ve earned a little trust. I have as many as I ever did, but they’re harder to keep track of. Sometimes I let them out first thing in the morning and they’re not back by dinnertime. And by the time they come straggling in all slouchy, I ask them where they’ve been, and they say “Out,” and I ask them what they were doing, and they’re all “Nothing.” I don’t know what you’re supposed to do about things like that, but it’s not like there’s any pinning them down, at their age. I’ve learned not to count on remembering my thoughts as they traipse through. Sometimes I write little notes on their underwear tags so I can make sure to get them back, but it’s no guarantee I’ll be able to recognize them later. I have a note here on the back of an envelope that says–I think–nostril movements nonregime butter Mr. Happy, although I have truly horrible handwriting, and I can’t be sure.

I do trust that all my thoughts are still in the general vicinity even if I can’t find them at the moment. It might not be true, because if they’re gone for good I’ll never know. But I don’t want to contemplate the other possibility. Some of them no doubt are gone for good. I had some teenage ones that went missing decades ago, when I was reading a lot about Zen, and seeking a spiritual path. When they put one of them on the milk carton and do an age-progression, it just says “Have another beer.” 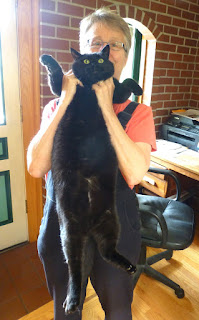 That used to be a thing I’d think about, the possibility of achieving an enlightened state of not-thinking, and I’ve achieved that state admirably, albeit in front of the TV with a cat on my lap. Tater is a cat of capacious and sprawly fur. Some people think she’s a little fat but I don’t. I think she just needs a certain ampleness of skin to hold all the guts and personality and purr in, and she sees no point in skimping on the containment vessel. You can move it all around. You can rumple up a section on her back and slump it over her ears if you want. Her fur is basically a big relaxed bag that is essentially cat-shaped but can be arranged any number of ways. She’s not particular. She has every confidence that everything she needs to be a cat is somewhere inside.

That’s what I think about my mind, too. It’s gotten sprawly and the elastic is sprung, but all the thoughts are in there somewhere in a cat-shaped bag and you can find them if you just rumple it right.

And that’s the kind of thought that comes straggling home if you give it free rein.