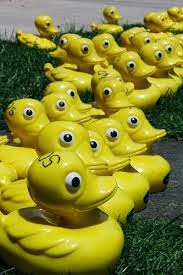 Ever heard of a Ducky Derby? You can buy a chance on a rubber ducky that will be released into a body of water with everyone else’s ducky, and whosever bird meanders across the finish line first wins. It’s a raffle, and usually a fundraiser. The Wisconsin Department of Justice has been of the opinion that this constitutes illegal gambling, and at least one Wisconsin lawmaker has decided to take a few seconds off from obliterating unions to rectify the situation by proposing it be legalized.

Shouldn’t be too controversial. The rubber duckies are captive-bred and are not abused in any way–maybe they get one good weeka weeka squeeze for luck and then it’s a nice float down the river. It’s a shame they can’t keep squeaking all the way. It would be uplifting. 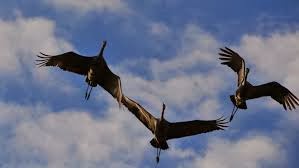 But not as uplifting as sandhill cranes. First time I heard those, I was standing in a wetland with my sister and the most amazing cascade of clattering fell out of the sky, like some crazy carillon from Venus. The angels had nothing on them. They were singing in exultation. The sandhill crane, like other cranes, has a windpipe so long it has to be looped up to fit inside the bird. And when it gets a notion, it rattles that trachea from hallelujah to kingdom come. We were rooted to the spot, gazing up with mouths agape–not recommended–while blessing after blessing tumbled out of the sky, voice first, followed by dangling feet and wings atilt. There’s nothing in the bible to beat this.

They hootled out of heaven and toppled to the ground, folding up sedate some distance away. And 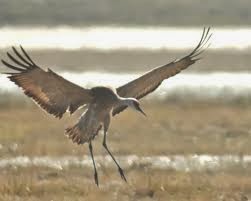 Margaret and I, cameras in hand, began a slow, stealthy stalk. Whatever distance away they were, it never changed. Without appearing to move at all, they melted away from us like a good idea we’d once had and couldn’t quite remember.

Not a hundred percent sure why anyone would want to take a shotgun and blast them out of the sky, but people do. Sandhills are our most common crane but they’re only abundant in comparison with recent history. By the turn of the century–not this one, the last one–they had been hunted nearly to extinction, but began to make a comeback after the Migratory Bird Treaty Act of 1918. Now there are enough that some states think it’s cool to harvest them again. Supposedly they’re tasty. If you go to the Wisconsin Sandhill Crane Hunting page on facebook, you can find a recipe for Sandhill Crane Nuggets wrapped in bacon. Not to be argumentative, but you could cube a canvas grocery bag and wrap it in bacon and it would be good. While you’re on the site, you can dip into any number of grammatically inventive comments, plus this from one Lela Best: “crane poop is worse than goose poop. Take them all.” Obviously, sensibilities on this issue differ. What is angel poop like? 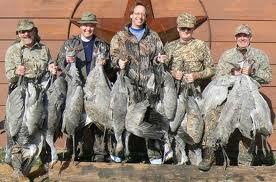 There are a few problems with “taking” sandhill cranes. Cranes do not pump out a clutch of eggs every year like most birds. They generally produce two colts and on average only one of them survives to adulthood. If you shoot Mom, you’re likely dooming the colt too. It’s a slow replacement rate. That’s how they got in trouble in the first place. How many is too many? Who gets to decide? Me or Lela?

The other problem is the chance that a hunter will bag a whooping crane. The Kentucky Department of Fish and Wildlife, in its proposal for a crane season, insists that hunters are “exceptionally skilled” in bird identification and “not likely” to make a mistake. Which is a relief, because whooping crane numbers have tanked from over ten thousand before the Europeans invaded to fifteen–fifteen individuals–in 1938, although now their ranks have ballooned to a proud few hundred. They’re so rare you’d think sheer math would work in favor of them not being carved out of the sky, but no. Several have already been murdered, including the first captive-raised and -released whooper to raise a colt to adulthood. Eighteen-year-old kid in Indiana posed with that one, and got fined a buck for it.

And just last year, in Texas, one juvenile whooper (out of 34 in existence) was killed. Notice to that 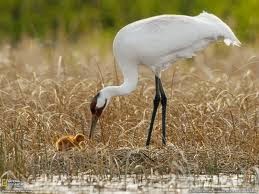 effect was posted by the Texas Parks and Wildlife Department for a few nanoseconds, by mistake. It was supposed to be a secret. Not really the public’s business. That’s at least the sixth oopsie-whooper committed by exceptionally skilled Texan hunters so far.

All but one of the states in the Central Flyway promote a sandhill crane hunt now. Let’s all keep our fingers crossed that if there must be a crane harvest, only properly licensed hunters will shoot cranes, will know the difference between whoopers and sandhills, will be sober at all times, and will give a shit; and that every whooping crane makes it to the finish line.

But if you ask me, that’s gambling.