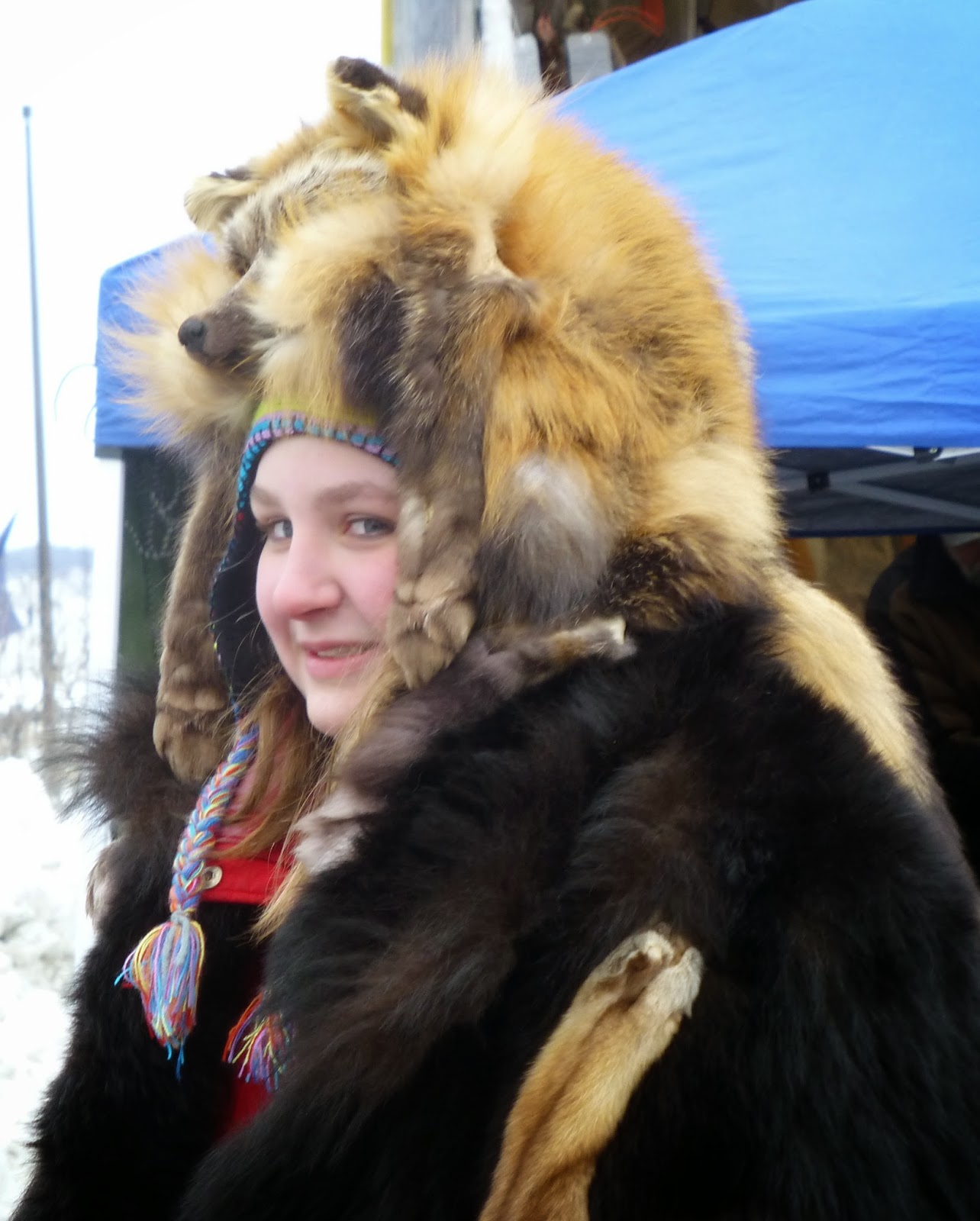 “Why would you want to go to Alaska for vacation? In the winter?“

Why not? Dave and I have never been inclined toward the tropics. There’s something about being comfortable outdoors nearly naked in the wintertime that just seems wrong, somehow. Something morally corrosive about being caressed by gentle breezes, with nothing better to do than fend off parrot poop with the itty bitty umbrella in your drink. You go to Alaska in the winter and you can appreciate the warm shower and the cozy bed quilt and the two-inch view of the mountains through the peep-hole in your balaclava, and your heart is the gladder. You come home from Belize and your nice comfortable home life looks like a pile of crap.

It’s probably even more fundamental than that. I have a Viking chromosome inside me somewhere that beckons me north. It’s the strapping chromosome with the little horned helmet. The chromosome said harr! Head for the pole, and our more practical friends Scott and Kevin agreed and added a recommendation to pack warm gear. We received our instructions and bought gloves and hats. Snow boots. Insulated trousers. And what most people call “thermal layers” and Dave cannot be dissuaded from calling “panty liners.” We were ready. 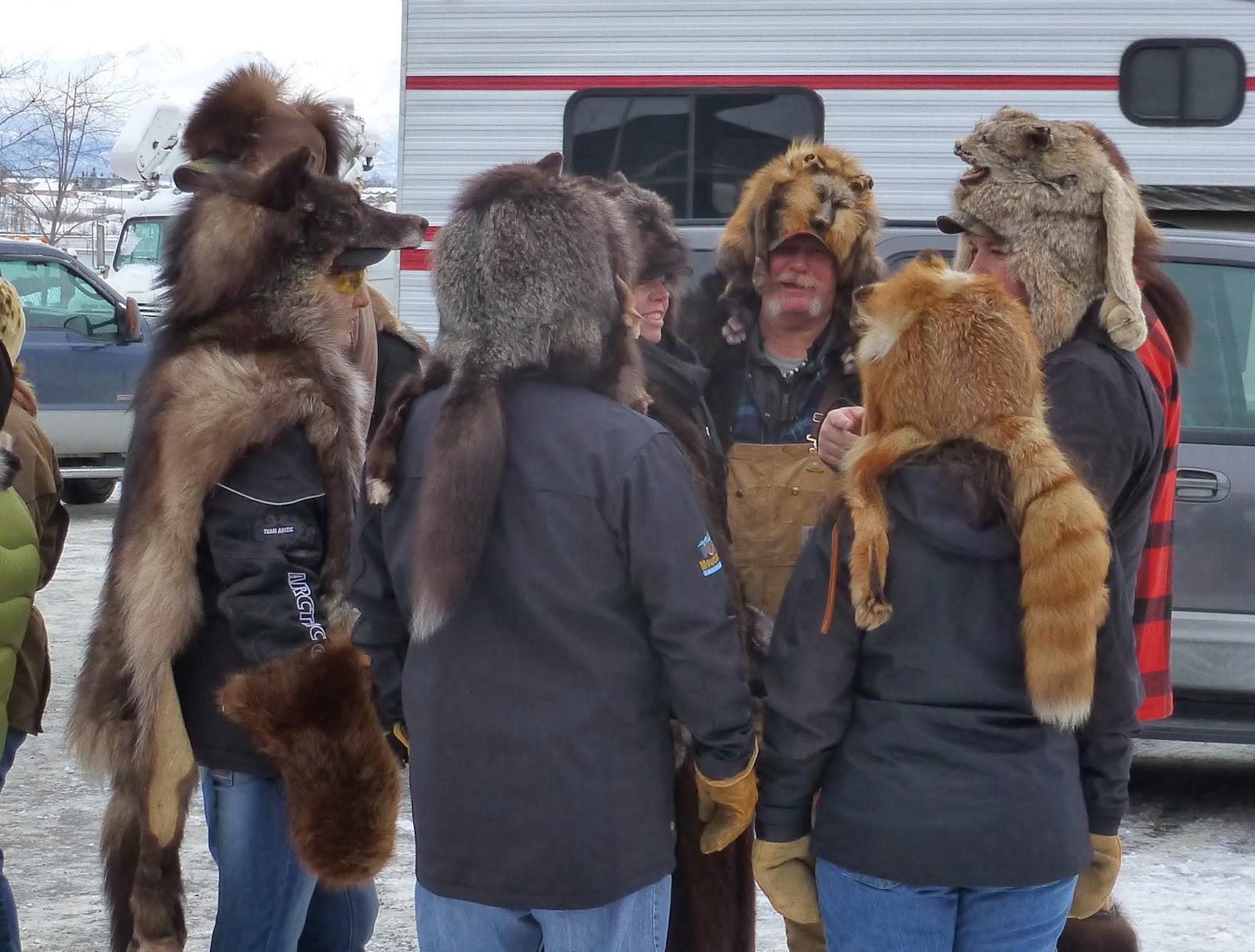 Scott picked us up at the airport and took us to downtown Anchorage. There weren’t enough degrees out there to rub together and make a spark. And the wind was blowing. Dave and I looked like sleeping bags on legs. Giant walking larvae. Charitably speaking, we were penguin-shaped. Everyone else was hatless, busily peeling down their zippers and fanning their necks. I’d seen something like this in Maine one winter. Kids were coming in from playing outside and their mom said “how is it?” and they said “nice! It’s above!” by which they meant it was above zero degrees Fahrenheit, which is a totally stupid temperature. Don’t they know what zero degrees is? It’s no degrees.

Anyway the Fur Rondy was going on. That’s short for Fur Rendezvous, and there are sleds and dogs 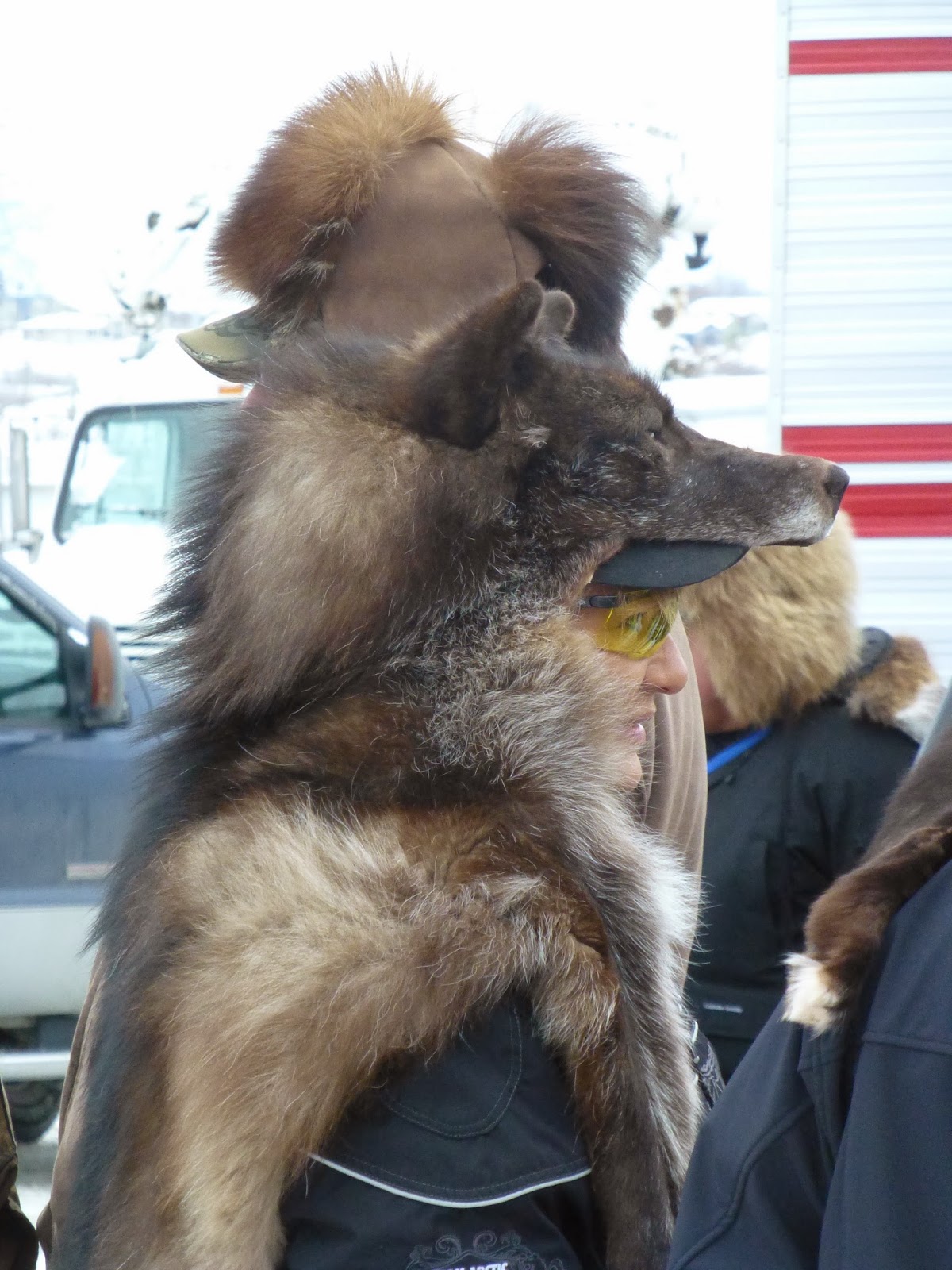 and parades and snowshoe softball games and, everywhere, people wearing carcasses. One man had an entire wolf wrapped around his face and his companion was trailing lynx paws for ear flaps. A fox curled up on someone’s head as if it were trying to get a better view. And those hats with dingleballs? Actual balls. I thought: we’re not in Portland anymore. And then I thought: great thundering Thor on a toy pony, I want one.

I tried on a fox hat. It was fabulous. Its provenance via the leghold trap was invisible. I could have bought it then and there, but I could only have worn it then and there. You cannot wear slain headgear in Portland, Oregon. We have standards for earnestness. Shit: there are thresholds you can’t cross in Portland unless your shoes pass the hemp detector. Nobody’s packing, but if you wear a dead critter in Portland, you will be liberally sprayed with ocular bullets of shame. Nobody thinks a thing about it in Anchorage. If it hadn’t been Fur Rondy, they wouldn’t have had the stuff on at all: you wouldn’t even think of putting on your fur until it’s below. So there’s that. Fur is really, really warm. 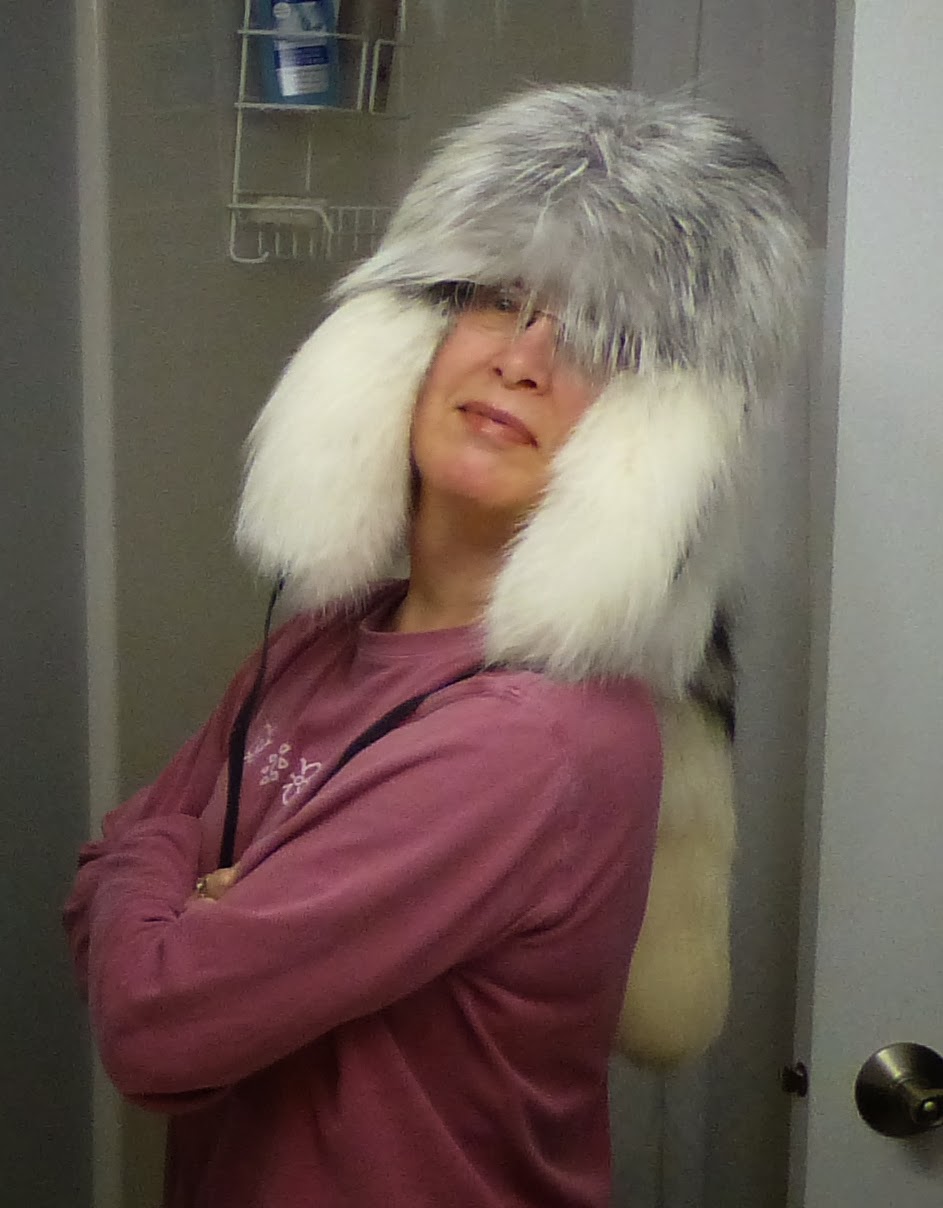 And it’s really, really gorgeous, all of it, from snout to dingleballs. You can make a case that it’s even more gorgeous wrapped around its original beating heart, and no one could disagree, but it’s gorgeous this way, too, and unquestionably the thing to wear if you’re a naked human trying to make a go of it in the Arctic. There aren’t that many humans in this state (Alaska, not naked). It’s even possible there are few enough that most people can get a hat and there will still be critters left too. I don’t know.

I know I don’t get to go home with a hat.