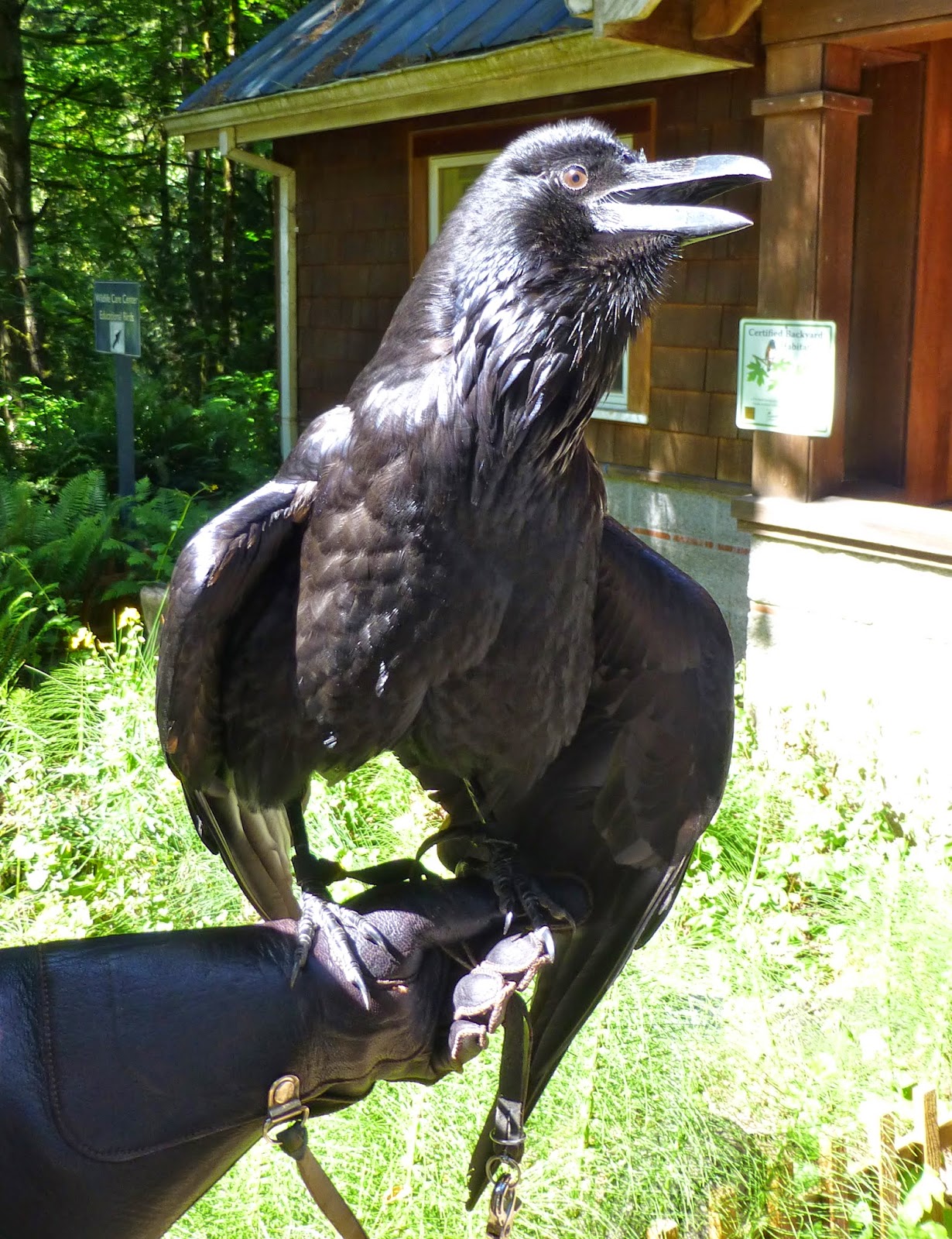 Dave and I hadn’t been on our hike five minutes before we came upon a murder scene. We’re figuring the victim was a raven. We’ve got lots of ravens on this mountain and not a lot else, especially a lot else with real long black tail feathers. The carnage was spread over a good twenty feet. Basically all the soft outer portions of the raven were strewn from hell to breakfast, and nothing else was left. A lot of the smaller feathers were white, but that doesn’t rule out a raven, I think. Just because a dude is done up splendid in a shiny black suit doesn’t mean we know the color of his underwear.

We didn’t know what would take down a raven. Ravens are formidable. If we ever let our cat Tater out and she met a raven, that raven would relieve her of both her curiosity and her eyesight in two pokes. Ravens are handsome and large, with massive beaks I would describe as both aristocratic and indigestible. But the beak was nowhere to be found.

When one watches enough TV, one assumes these puzzles are solvable. But we’re more fans than students of nature. I do know a whole lot of individuals who could bring a vast store of knowledge and lore to the problem. Which, I figure, is just about as good as having the knowledge and lore myself. But Dave and I on our own aren’t that good at sleuthing. 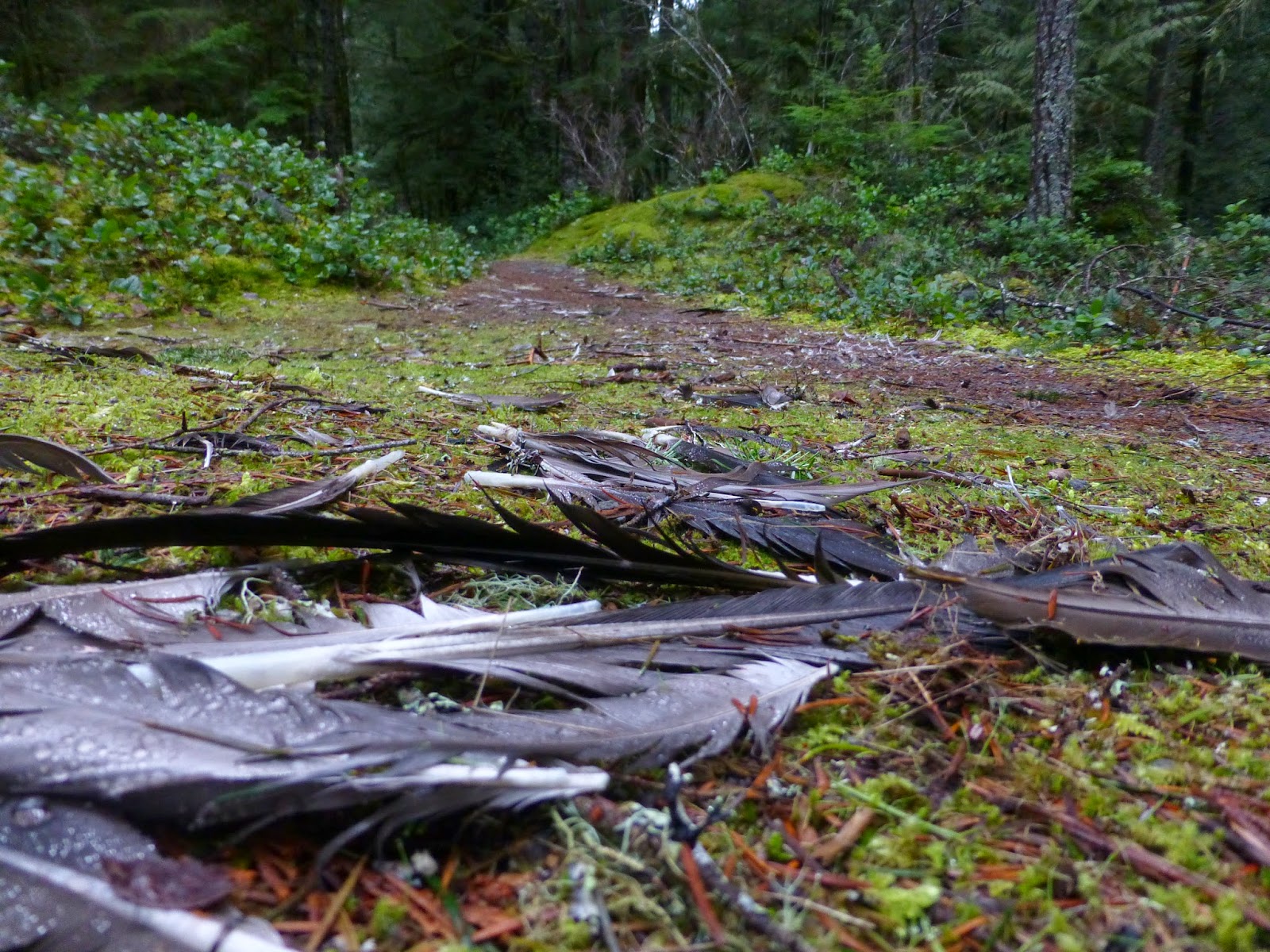 For instance, it was Dave’s contention that nothing would take down a raven, because of its aforementioned formidability and all, and so what must have happened was the raven got hit by a semi on the nearby highway and kept flying through the woods before it noticed it was damaged, and then, like Wile E. Coyote going off a cliff and pedaling across the air and finally making the mistake of looking down, it dropped dead onto our trail. Whereupon some opportunistic varmint hoovered it up. 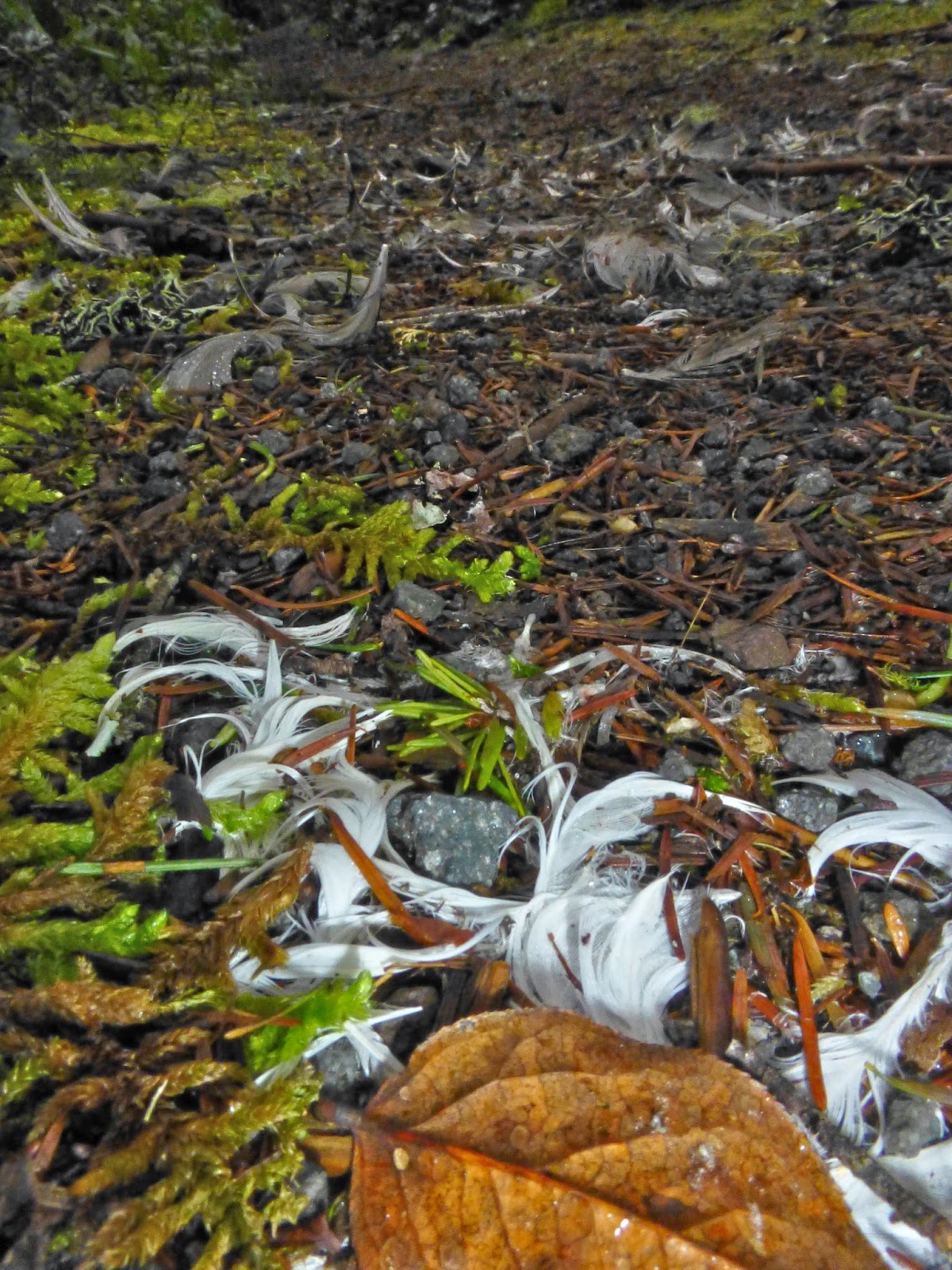 Of course, I find that ridiculous. Clearly this was a terrorist raven who suffered a premature detonation. All the signs indicated it.

We could ask our friend Ranger Dan, the tracking expert. Ranger Dan is able to infer a shrew’s toenail from a single displaced grain of sand. Ranger Dan would have this all figured out, not only the perpetrator and the murder weapon but the motive, the previous three meals of the victim, and his foregone plans for the evening.

I have Facebook friends who could give us input. Real nature nerds. When I reported finding a headless starling on the sidewalk the other day, I got a whole thread of educated guesses as to how a starling would come to be missing his head. And I learned (and subsequently forgot) that one sort of bird predator pulls out the quills and another sort bites them off. I think owls eat the whole thing and urp up whatever they regret later. I believe we ended up with the most plausible scenario being a window-struck starling who later lost her entire head to a crow. Don’t mess with the corvids. 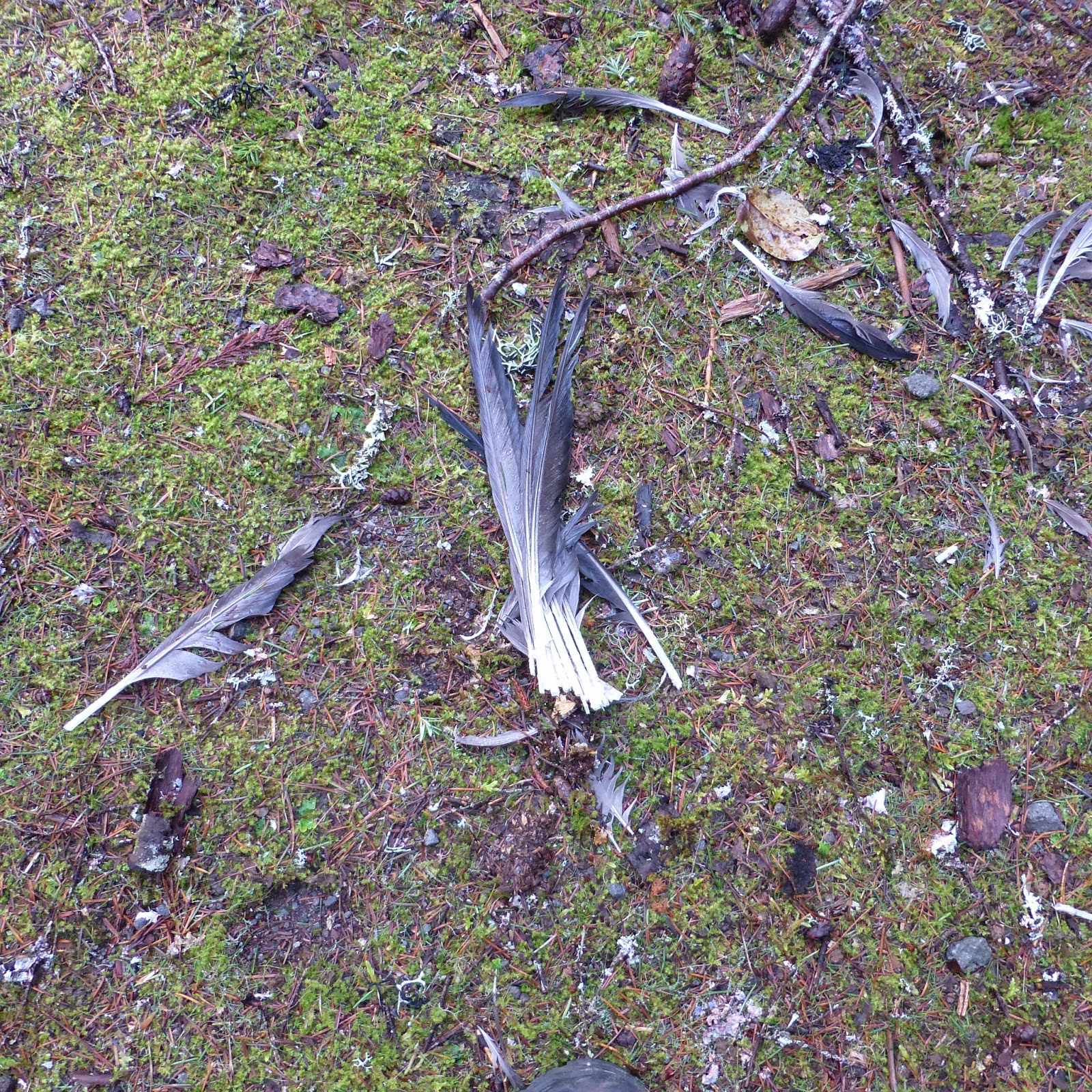 Which brings us back to our raven. Someone sure got it. Someone bit the feathers off first. Someone even ate the head, or took it home and stuck it on a pike as a warning to the other ravens. All that was left was the feathers, and the Nevermore.