A Pack Of Algorithms 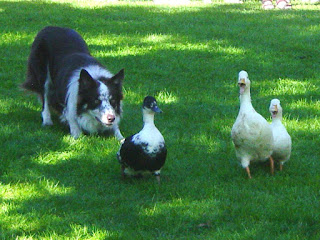 “Algorithm” is named after 9th-century Persian mathematician Al-Khwarizmi, in the sense of not being named before him. (Similarly, “G-string” is named after George Washington.) So algorithms have been around a long time. We just haven’t much cared.

Unfortunately, ignorance causes us to be complacent about algorithms. We assume that Facebook is a big important company with smart people and they can be trusted with an algorithm or two. They might have started with just a cute little one but it never stops there. “No problem,” we think, complacently, “surely they are free-range, grass-fed algorithms, and nothing hinky is going on.”

But as soon as you turn the other way and let a nice company acquire algorithms, they’re going to want more and more of them. At first they’re going to be on display at the company headquarters campus, right near the artificial pond with the fake waterfall and the ducks. But soon enough they’re part of a secret captive breeding program and there’s no way for John Q. Public to keep track of what they’re up to.

And what they’re up to is figuring out every little thing about you so that you’re more likely to part with some cash. Originally they were just set loose to herd data. It was a pretty good life for them, running free and nipping at heels and getting a lot of data all bunched up tidy so the fleecing could proceed more efficiently.  But then they were bred to be oh hey! Those are the very slippers I was looking for, right there in the sidebar! ever smarter.

One of the things some of Facebook’s algorithms have been doing is deciding what goes into your personal news feed. You might think your friends have quit putting in stuff, but it’s just that an algorithm has done some sniffing around and decided you weren’t all that interested, and has run your friend’s post right off the page. And since you don’t see it, you don’t miss it. And then they’ll put in stuff from people you’ve never heard of that they think you’ll like. But lately, they’ve gone even further. They’ve sniffed out the stuff people actually do click on, and thus might be expected to miss, and thought: well now! This must be valuable stuff. Maybe someone will pay us to prioritize this little item.

And that is why I can put out bits of cheer and delightful life observations and all manner of fun on Facebook, but if I put in a link to my latest Murrmurrs post, all of a sudden it’s all arf arf arf and I Don’t Think So, Missy. You don’t get to just promote your stuff. Not even if you’re not making any money off it. You want your Murrmurrs post to show up in everyone’s newsfeed, you need to grease a little Facebook palm.

I was puzzled about this at first. I’d put in my link, and then Ditty the Dancin’ Fool (frequent commenter, Friend Of Pootie, and loyal sharer) would put in the same link on her page, and all my friends’ comments showed up on her link. They didn’t even know her, but she’d tagged me and that was enough to get it to show up for my friends. And then I heard from people who wondered why I had quit linking to Murrmurrs, even though I always do.  And some who (gad) even wondered if I’d quit writing the blog.

NO! FOR SOME REASON I NEVER QUIT WRITING THE BLOG! I AM THE POSTER CHILD OF CONSISTENCY! Sorry. Didn’t mean to go all peevy. 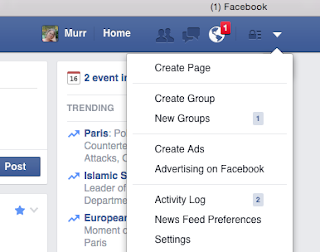 There are ways you can fix your own Facebook news feed. You can go to the top right corner and click on News Feed Preferences and click on Prioritize Who To See First.

Or you can click on my name and click on Following and check the box that says hell yes, I want to see links from this lady. Or maybe it says “see first”–could be.

Or, like good ol’ Ditty, you can link to Murrmurrs yourself and tag me. Then even God will see it. Good luck, and don’t slip in the algorithm poop.