A Rags To Bitches Story 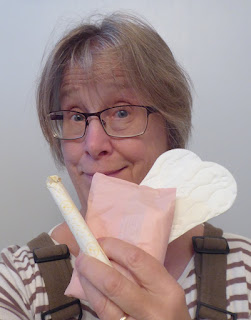 So I found out, and never mind how, there’s no reason to get into it on a Sunday, that my fine young friend buys reusable cotton flannel menstrual pads, which I didn’t even know were a thing, but they are. And I was grateful yet again for being a post-menopausal liberal.

Because if I were a liberal woman still in the throes of unasked-for fertility, I would then have to go purchase these myself, and use them and wash them out in order to keep yet another single-use throwaway item out of the landfill, because that is the curse of a liberal, to worry about such things, and because it’s not as if the throwaway kind ever saved much on laundry anyway, since there wasn’t a single month in forty years in which I did not manage to doody on something I shouldn’t have, even if I wore two corks and a pad so large it has a tag on it that says DO NOT REMOVE UNDER PENALTY OF LAW. 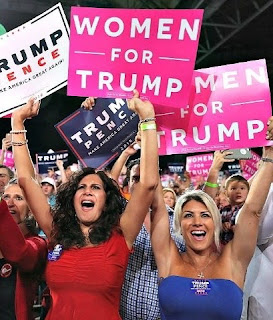 If I were a pre-menopausal conservative I wouldn’t have to give this a second thought. I would be worried about some colored person breaking into my house or being blown up by a Muslim war refugee or raped by a Mexican or the fact that God is both all-powerful and somehow kept out of the schools or that some liberal is going to force me to use curly light bulbs or some stinking Socialist is going to steal my Medicare or someone is going to call me a racist just for having the guts to call a spade a spade or, and this is the very worst thing, my own husband might some day be accused of something he didn’t do, something that totally never happened on account of there being no witnesses except that one really drunk dude who hasn’t remembered anything he’s done in thirty years. Any woman could accuse him of such a thing at any time and then go cash her check from the First National Bank Of Libtards and it wouldn’t matter how many creative explanations my husband made up to explain the naughty bits in his yearbook. And his life would be ruined unless he makes it to the Supreme Court and is right back on top. As it were. 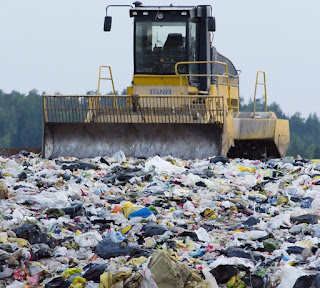 As a conservative woman I would be able to assume that life began when I was born, and being able to wear sweaters inside in the summer and drive my Ford Extortion to the corner store and throw away a plastic pod every time I make coffee is just what the world owes me. Certainly I would assert there was no life before pads and tampons. Just because women survived for a million years without them until a hundred years ago does not mean that we could survive without them today. 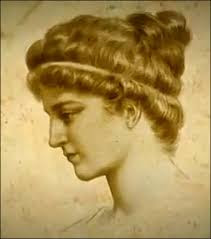 They did, though. Admittedly, history has not been overly interested in the concerns of women. Hypatia is an exception. That 5th-century mathematician, astronomer, and philosopher once discouraged an unwanted suitor by smacking him with her menstrual rags, although some scholars dispute this account, pointing out that she could have just waved them around and he’d have dropped dead of his own accord. Unfortunately, Hypatia was a woman of great and beguiling beauty, otherwise known as Satanic wiles. She and her big brain and beauty got into a nest of early Christians and that was pretty much that, for soon enough she was murdered, sliced up, dragged in pieces through the street, and burned.

And for this alone I might have donned the cotton rag in Hypatia’s name. But now I don’t have to, thank God. Or whoever’s in charge.