And Here Is My Point 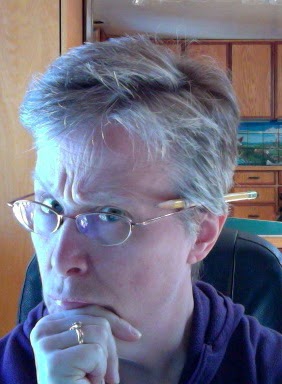 I have always been sensitive to punctuation.  It sets the pace for the prose and tells it when to gallop or stop or just pull up slightly and peer over the fence. I’m very deliberate about where I put my punctuation marks. People might disagree with me over some of it but there’s nothing haphazard about it. I have preferences. For instance, sometimes, I use fewer commas than my English teachers would have liked, because, sometimes, I want to charge ahead. I even use comma splices, where a semi-colon is usually called for, because I want the prose to just pop a little shrug, and not actually pause with its chin in its hand.

My father, who was a fine slinger of verbiage, was a huge fan of the semi-colon. He could not not use it. I picked that up from him, initially, but now I really try to fend it off. Instead I use a long dash–it has the same effect, but it feels different. The dash is a gentle hand on your arm. The semi-colon is dusting off its tweed sleeve and puffing at its pipe before it continues. Dad used to use so many semi-colons that his paragraphs developed a predictable, hypnotic rhythm. He’d send me a typewritten letter once a week and by the end of it my eyelids were sliding shut.

Punctuation shouldn’t have the ability to make me sleepy, but I’m delicately wired that way. I don’t read very fast, and I follow directions. I gallop and whoa when I’m told to. You present me with a name like “U’Neek” or “La’Shawna” and I will read a hiccup into it. I have a few friends who use ellipses. A lot. They’re just in there as spacers for their thoughts. It makes all their thoughts equally important, or unimportant. “Hi…saw June the other day at the market…she says hi…doing pretty well since that monkey ate off her face…don’t know if you heard about that…maybe we can get together sometime soon…okay gotta run…” When I read something like this, I actually feel myself nodding off at every ellipse. And in my mind’s ear, I hear it in the same annoying intonation that is so prevalent these days: a sort of lazy, I-don’t-care dip at the end of every phrase in which the vocal cords just sort of give up, and speech crumbles into rubble at the back of the throat. The speaker sounds bored as hell. Even NPR commentators do it. I want to poke at them with a sharp stick. It’s possible I’m too delicately wired about some things.

So when I first saw text messaging, as practiced by the younger set, I read it the same way. There was no punctuation. No capital letters. Everything just drifted off into some neutral, apathetic space. The message felt like just one “what-ever” after another. Act like you care! I thought. Give it some voice! And sometimes, if I was feeling especially peevish, get a damn job!


Naturally, when I first started texting, I capitalized where I was supposed to and went to the trouble of inserting punctuation. I had to. It was a pain in the ass, but I didn’t want it to seem like I didn’t care. I still do it. But right away I could see why people didn’t bother. It’s a lot to ask of the thumbs. It’s not necessary. It isn’t a novel. It’s a whole new way of communicating.

And as such, it’s made its own rules. For one thing, you really shouldn’t use periods at all. Instead you just start a new line. If you use a period, which requires a whole new thumb-stroke, people have to assume you went to the trouble because you were done with the conversation, and maybe not too pleased with their end of it. If you text someone “are you going to the party tonight” and she writes back “no” you have your information. If she writes back “No.” you know she’s definitely not going, and she’s irritated about something. And it might be you. It could be that thing you did at the last party that you hoped everyone had forgotten about. Why else would she put such a final note on the conversation? If you leave off the period, everyone knows you’re still available to chat.

So I get it. Text messaging has its own punctuation. It’s either none, or it’s a whole bunch of exclamation points or question marks to indicate sincerity or incredulity, which are not otherwise obvious in microcommunication. I’m fine with it, I really am [rogue comma splice]. I’m still going to have to capitalize and put in punctuation. I’m retired–I’ve got all day. And I know that my contemporaries won’t be put off, and younger folk will smile indulgently and say “it’s just Murr. She can’t help it.” Consider my text message punctuation the wistful, charming freight from a bygone era. It’s the lilac scent wafting from an elderly aunt’s stationery.