And That’s The Way It Was 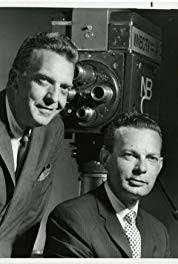 There used to be a thing called The News. It came out of your TV at six pm. There were three portals in your TV it could come out of. Every family had their favorite portal.

The three portals were NBC, CBS, and ABC. It was hard to compare them because once you chose your The News portal you stuck with it. You had your personal family anchorman and you didn’t switch. This is because it would require hauling your dead ass out of your chair to change the channel.

We were a Huntley-Brinkley family. I don’t know why. Daddy was a man of strong opinions, eloquently hollered, whether you asked about them or not. So I figure he had a reason. Because I had faith in that, I grew up thinking Walter Cronkite was not as good, and maybe bad. Similarly, I knew Eisenhower was not as good as Adlai Stevenson, even though I didn’t know anything about either one. It’s also possible we were Huntley-Brinkleyers because of the theme music, which was the second movement of Beethoven’s 9th symphony. At the end of their final show, they played the whole movement. I was transported. I now suspect we had the album in our meager record collection and could have played it at any time, but I thought of the moment as a once-in-a-lifetime event. That’s how TV events were. You didn’t get a second shot. 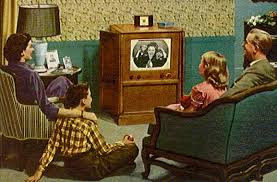 Anyway, in much the same way as one could be either a Methodist or a Presbyterian, many people preferred Cronkite over on CBS. Nobody knows who did The News on ABC. Probably Ward Cleaver, with opinion by Uncle Bub for gravitas.

But whether you watched Huntley-Brinkley on the peacock channel, or Walter Cronkite on the eyeball channel, or Amos Real McCoy over on the channel with just the little letters inside a button, you got pretty much the same The News, at the same time of day.

They didn’t necessarily get the news right, but one assumes they tried. Powerful people were still capable of manufacturing a story that would get us more enthusiastic about a war, and the portals would dutifully report that story, but good journalism eventually prevailed. All of us sat around our boxes and absorbed The News without much suspicion, and we formed our different opinions and voted based on the same basic product.

That turns out to be a big deal. Now we can simply default to our own ill-formed biases without any illumination whatsoever, if we want to. The News can be less a source of information than a vehicle to get and keep our dander up. 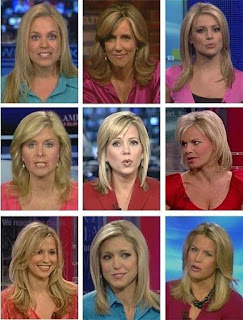 So on one portal you can learn that seasoned professional intelligence officers, diplomats, and presidential appointees have all agreed that the President has attempted to extort a strategic ally for a personal favor. Or, you can go to another portal and learn that House Democrats have conducted shady interrogations in the basement of the same D.C. pizza parlor Hillary “Lock Her Up” Clinton used to run a child sex ring out of, and that one of the inquisitors has been secretly recorded snickering at a photo of Trump in golf pants and a stiff breeze; and that the entire impeachment process is rigged, illegitimate, and illegal, and springs only out of a deep-seated irrational hatred of a successful and godly president on the part of people who simply can’t get over having lost an election. And if Trump gets removed, Joe Biden and his son should be found guilty of entrapment. All of this would become clear if only we had access to HC’s deleted emails, which are also thought to include correspondence with her sex-change surgeon, a scanned copy of Satan’s compact with Obama, and a mysterious photo of a baby with one white head, one Kenyan head, and thick ankles.

You know what else? The three old portals used to blink off at midnight.