And We Shall Purify 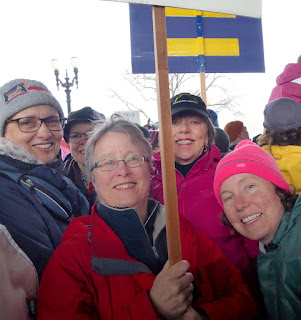 Boy howdy, some year, huh? We women are getting us some justice after a lifetime of abuse, or possibly the whole of human history–anyway we’re finally holding the boys to account, and it’s exhilarating. We got ’em by the balls and we’re dribbling down the court for the score. Seems like the good guys were due for some kind of win, since it didn’t work out for Colin Kaepernick and the gang when they tried to respectfully point out that the police were getting away with murdering them. You could sort of see why they might be aggrieved, what with all the death, not to mention the previous three hundred years of dehumanization, but unfortunately for them it turned out they were just overpaid niggers who hated America, as the President clarified, and they didn’t get much traction. Maybe some other year. Maybe more death. Maybe it’s not quite their time yet.

But it’s sure our time now, right, ladies? We are done with being groped and cat-called and having to keep quiet lest we lose our jobs and the whole bit, which we get to call the Rape Culture because there’s nothing that can be said that hyperbole doesn’t say even better and louder. Women are refusing to remain silent in the face of oppression and men are finally learning how pervasive it has been. This is a good thing. Many men were unaware of what we’ve been going through, especially the ones who up till now had labored under the delusion they were innocent even though they are clearly equipped to be on the rapist side of the rape culture ledger. 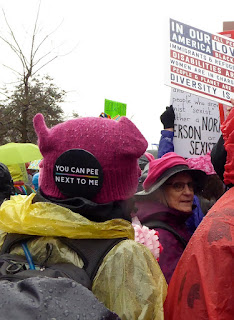 This is particularly fun for me because I’ve never been in a mob. I was only one year old when Joe McCarthy was in his heyday, so my memory of it is patchy, although I certainly remember “the Commies” serving as the bad guys for decades. (We call them Muslims now.) Of course this is different. All those people accused weren’t actual Commies and it shouldn’t have mattered if they were, whereas now we know who’s truly guilty on account of all the penises. It’s wonderful to see men getting what they deserve. From off-color jokes to rape, it’s all the same. We’re through.

Show you just how much we mean it: we’ll take down good ol’ Al Franken. He’s been an effective senator on the right side of durn near everything when we don’t have any good senators to spare, but he engaged in shenanigans. Sometime. Probably. Ha ha! Take that, Al! Bet you’re sorry you allegedly did all that stuff you probably might have done! Sure, it’s the kind of stuff I’ve done myself, like butt-grabbing without permission, and if you’d done it to me it probably wouldn’t have offended me or the next fifteen women, but it offended at least a few, and that should be that. It’s our time now, baby. We’ve got a big net and we’re fixing to catch a lot of men in it. We’ve all been groped and leered at but we ourselves are pure and we’re taking you down. Zero tolerance, baby. It’s the very definition of principled. 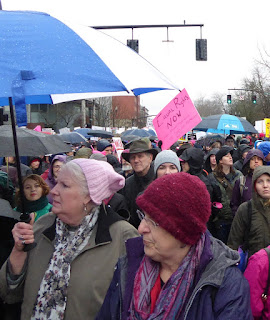 Maybe another day we’ll have time to take aim at some other principles. Maybe we’ll take a hatchet to radical capitalism and the party that primarily promotes it, the politicians who serve none but the rich and have seen no commons that shouldn’t be privatized for profit, no resource that shouldn’t be mined or harvested for profit, no population that shouldn’t be demonized or destabilized or destroyed to smooth the way for more profit, no warmaking that can’t be turned to profit. Who feel no shame about stumping for guns and against abortion whether they care about those things or not, because it will fool so many people into voting for them, so they can continue to wreck everything for profit. Who will happily devastate the living earth. For profit.

Talk about your rape culture.

[Author’s note: today is International Margaret Day! You all know what to do!]