And We’re All Out Of Sequels 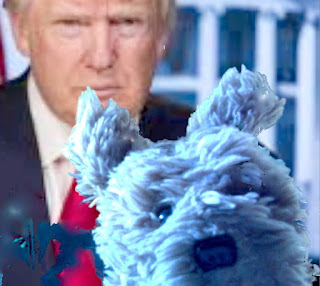 I don’t write about the President much. They say this whole business is comedy gold, easy to mine, and it’s not even necessary to dig deep. I could just pick nuggets up off the surface. But I can’t bring myself to do it. It’s not funny, in the same way insomnia and depression aren’t funny. The conditions themselves strip away the humor.

My habit is to make fun of ridiculous situations and people using hyperbole. I point out absurdities by inventing scenarios and dialogue that are just that much more ridiculous than reality. But I can’t make up anything stupider than what has already been said or done. In fact, I have never known anyone stupider than this president a minority of us has installed in office. There may not be a dimmer soul. He’s got ten neurons in his whole head and even if he could get them all firing at once, they’d still never run into each other. Did the president just say Mussolini was a stand-up guy and if he’d just gotten together with Harriet Tubman, who people are starting to notice big time, they could have straightened out that Norman Conquest, who was a total disaster by the way? Not yet? Three a.m. is coming right up.

I don’t expect any improvement, any learning-on-the-job. We’re not going to light up Wrigley Field by opening up the refrigerator door in the locker room. I’ll reserve my venom for the majority pirate party that, in near unanimity, has decided that the problem with America is that the billionaires don’t have enough money. They’re making us bend over to scramble for nickels, and while we fight each other over them they’re picking our pockets. They’ll sell out their own grandchildren for profits, and yours too, but hey, yours? They’re your responsibility. You feel so strongly about their future, you go buy everyone solar panels and bicycles with the money you save on not having health insurance, you whining freeloaders.

Meanwhile here we all are in the back seat, belted in tight, and the wind is whipping in our hair, we’re going faster and faster, and suddenly we look up and realize Thelma and Louise are at the wheel. But it’s not Thelma and Louise, not really. They’re a whole lot smarter. And they know what they’re up to. They’re even holding out the possibility of a sequel. Whoever has his foot on the gas now doesn’t have a clue. When the ground drops away, he’s going to repeal Gravity. It’ll be easy. Believe him.