As Slow As Possible 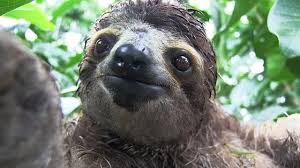 The composer John Cage famously wrote eight pages of keyboard music called “As Slow As Possible.” One performance of the piece began in 2001 and is slated to finish up in the year 2640. Because the score begins with a rest, the first note did not show up for a year and a half. In 2020 the chord changed for the first time in seven years.

J. Michael Luttig is the latest media sensation. His testimony before the January 6 hearings was highly anticipated because he is a respected conservative legal icon, and hardly the partisan player imagined by those opposed to the hearings. When he turned on his microphone for the first question, with all the care and solemnity of a palsied candle-lighter at an altar, all ears bent his way.

It was as though William Shatner had been roused from a coma and asked to recite a passage from James Michener, in which a historical event is introduced by an explanatory preface taking place in the Paleozoic Era, and the acknowledgments page is read first. 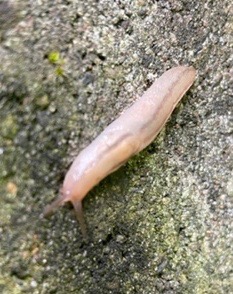 The first note sounded and everyone waited for the chord change. Spectators in the background began to float nearly visible thought balloons: future sandwiches were imagined, built on, added to, until they were nearly architectural; recent arguments with spouses were recalled and replayed, with triumphant comebacks followed by new insights and abject regret. Farts were held in and timed to release at the next barrage of word.

Engineering students listened from home and fantasized about a way to yoke the consumption of fossil fuels to His Honor’s larynx and solve global warming.

I found myself distracted by thoughts of how easily the right wing propaganda machine could ridicule and dismiss the retired judge, their former star, and allowed my anticipatory disgust to kindle, and curdle, thinking I had quite a while before the next note dropped; and then I heard him say they all got wrapped around the axle, referring to the Trump bootlickers and their willingness to entertain a bogus rationale for a coup promoted by legal trump-monkey John Eastman.

Wrapped around the axle! Shatner-boy’s got poetry!

I began to pay attention. And by the time this darling of conservative legal thought lowered his face to the microphone and intoned “I would have laid my body across the road before I would have let the Vice President overturn the 2020 election,” every weighted word landed, penetrated. Any more gravitas and he would have descended into the bowels of the earth.

We tweet. We IM. We scroll down to see how many seconds we need to commit to a read, and whether it’s worth our time. Bam, bam, bam. We’re not used to waiting for the next note. But if we have to, we might discover it’s sublime.