Bad Day At The Zoo 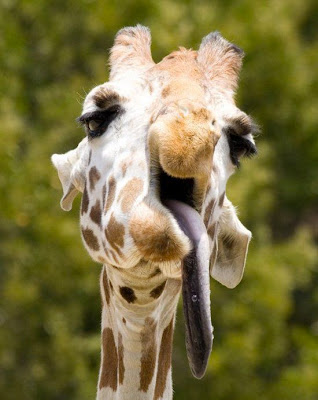 Everyone associated with the Rio Grande Zoo in New Mexico was horrified to discover their beloved giraffe Kashka had been dismembered and stuffed in a dumpster, but how else are you going to get a giraffe in a dumpster?

Kashka had recently been euthanized when she suffered a devastating leg injury after falling. It is not surprising that a simple fall might be more consequential to such a highly vertical animal, and Kashka was said to have had six calves, so that compounds the injury. There is a protocol involved, of course, with disposal of zoo animals. They are never tossed in the lion’s cage: visitors do not appreciate that much Nature. And apparently there is no cemetery. This is certainly a relief to the grounds crew, inasmuch as a simple grave would not suffice for the likes of a giraffe, which would require a trench no matter how you fold it up. The standard procedure is to remove the dead animal to the local landfill. The zoo employee responsible for disposing of Kashka had, in fact, previously ushered a sea lion to the landfill, so he was no doubt familiar with the plan. But time gets tight, there’s always an immense amount of clean-up to accomplish at any zoo, there’s one’s Facebook page to update, and let’s face it: the contents of the dumpster do end up in the landfill. Nevertheless the employee was not commended for his efficiency.
It is hard to imagine how he was able to chop up the giraffe and get it in the dumpster without anyone knowing about it. But that is the story, and the zoo is sticking to it. The grisly discovery was made by the local garbage driver, who is said to have spotted the giraffe in the dumpster–at least the parts that weren’t already spotted. He was taken aback. 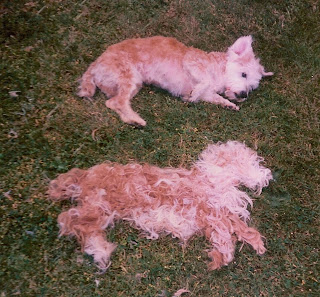 It put me in mind of a similar caper in this area in the nineties. A woman was discovered to have murdered her boyfriend, cut him up into little pieces and, over time, flushed him down the toilet. According to her roommate, the woman had previously threatened to “blow him up,” and spent a lot of time in her extremely foul-smelling bedroom, emerging occasionally with items in plastic bags. Furthermore, she carried a toilet plunger in her car, and there was a large “pool of organic matter” in the attic. All of this struck the authorities as suspicious. But what finally did her in was the discovery of boyfriend nuggets in the septic tank in the back yard. She might have gotten away clean if she’d just been on the sewer system. 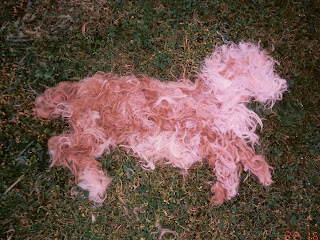 I do feel for the garbage man at the zoo. It must have given him quite a start. Back when we had an adorable terrier dog, I clipped her fur every summer out in the back yard. On one of these occasions, I arranged her clippings into a terrier sculpture and left it out on the lawn. When Dave came home, he thought the dog had died. After we laughed about that, I woke up the next day and glanced out at the lawn and had the same reaction, and I’d put it there. We agreed to put the fur in the garbage can, where it horrified us both one more time each. That’s four dead dog scares in two days. I’m sure it would have been even worse with a giraffe.
By Murr Brewster|2021-11-09T21:29:37-08:00April 10, 2010|Uncategorized|38 Comments