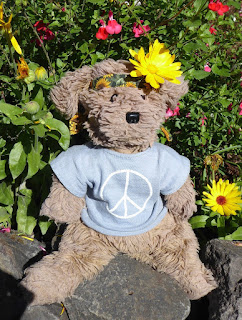 We’ve got a problem with guns. We don’t agree what it is, but no matter who you are, you have to admit we do a lot of shooting in this country. We blast away. Most of us don’t, but this is one of those areas where one person can have an outsized effect. And the fact is, other nations do not experience the violence that we do routinely here in the U. S. of A. You know, unless they’re in a war. So there’s something going on. Can’t keep pretending there isn’t.

Does that mean that we’re likely to be shot? Naw. If you got in line with the next 25,000 people you see, one of you might get plugged. You’re way more likely to drop dead of heart failure, but no one’s aiming bacon at you. At least not often enough.

There’s talk about background checks but a lot of that is another slam on mentally ill people. It’s not just mentally ill people. All kinds of people are ready to put some hurt on random strangers. I suppose if we were somehow able to examine everyone who bought a gun we might be able to sieve out a potential nut job once in a while.

So we have a situation in which reasonable people, people I know and love, people who will never perpetrate a crime, who merely want the ability to defend their house and home in the way they feel comfortable with, and maybe pop a deer every now and then, are so horrified by the utterly unreasonable prospect that someone is going to try to take away their guns, their protection, that they have drawn a line: and the line is somewhere past All weapons, Always. They might not need a military-style assault weapon capable of mowing down a crowd of people, personally, but they will defend to the death someone else’s right to have it. Preferably someone else’s death.

But where, I’d like to know, should that line really be? Anti-aircraft missiles? Nukes? Where, on the continuum that began with muskets in the Revolutionary War, do we draw the line?

I’d draw one line right through the National Rifle Association, if I could. The NRA positions itself as the friend and stalwart champion of Joe America, but gun safety classes notwithstanding, I can’t see that this propaganda pump is truly dedicated to anything other than enriching arms manufacturers, and they’re wildly successful, too. As long as they continue to persuade people someone’s coming after their guns, sales will continue to spike. As they do after each mass murder. You’d think we’d already achieved full gun saturation (and all the safety it brings us), but you’d be wrong. Evidently there’s no number of guns that is too many.

I’ll admit it. I would feel safer in a country that didn’t fetishize guns. But am I coming after anyone’s guns? Hell no. Them folks is armed.

This blog post was written, but not published, in December 2015. I never had any doubt an appropriate time would arrive.