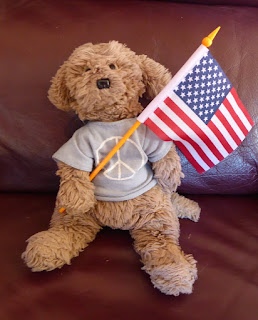 I’m a 2016 American just like all the rest. I have my opinions, you have yours, and unless yours and mine are the same, you have your head up your ass.

I’m sorry it has to be this way, but about twenty years ago someone set up a propaganda machine and funneled oodles of money into it, and it really took off. Things had started to go south for a lot of us during the Reagan years, what with the changes in laws and relaxing of regulations which allowed a new financial sector to blossom and dominate the economy. And corporations dismantled the unions, and jettisoned pension plans, and encouraged employees to gamble with their money in the guise of freedom; and people were just plain not doing as well as they had been, and they were feeling everything slip away.

All they knew was something had been taken away from them, and they were right. The money didn’t disappear, but it did get siphoned uphill, and the folks uphill preferred that nobody notice. So they funded the propaganda machine and trotted out a new News Station and stocked it with interchangeable gals with stiff yellow hair, and they began churning out News about all the people the middle class really should be upset at. Your gays, your Muslims, your Mexicans, both of your anti-Christmas people, your union members for sure–all of them were taking stuff away from good Americans. It was all pretty clearly bullshit, a sophisticated shell game, but there’s nothing anxious people like better than someone to blame stuff on.

So what happened is we ended up with two sides of the country operating on entirely different information and inclined to point fingers and double down, and now we’re not talking to each other anymore. Why bother? A person is free to dislike the president’s policies, but when he’s on the social media all day talking about the Kenyan Muslim president and his bitch Killary, what have we got to work with? You’re kind of left with “Let’s agree to disagree,” or “Die soon.”

Which means we have a problem, and it isn’t going to go away if we dodge the fat orange bullet. Because there is a faction in this country that isn’t going to consider that result legitimate. Even if a comfortable majority of American citizens cast ballots for Clinton, a large number of people are going to see her election as proof that the system is rigged and democracy is dead, because their votes didn’t count hard enough. And this is not a universal reaction across the political spectrum: this is special.

See here: sixteen years ago, the Supreme Court tipped the election to George W. Bush over Al Gore in what a whole lot of us thought was an egregious miscarriage of justice. And we were outraged, and we complained bitterly, and we wrote heated and well-constructed letters to the editor, and maybe we drank a little, and then we moved on, because we have a grounding in civics and a certain amount of faith in the system.

But others don’t. Lincoln may have thought he freed the slaves, but the side that lost the war never accepted that, and they steadily resisted, and wrote their own laws, and terrorized a whole population, until the former slaves were once again no longer free. They re-fought the Civil War until they’d won it. They ignored the law of the land and substituted their own, and they used their guns to do it.

And there are still citizens of this country who will not accept a democratic result they don’t agree with, and their numbers are growing, and they’re still armed, and they’re still dangerous, and they’ve been told exactly who the enemies are, and they’re ready to take their country back, from…well. From the rest of us.

Yee-haw, darlings. Buckle up and hang on tight. Remember we’re supposed to be the home of the brave.