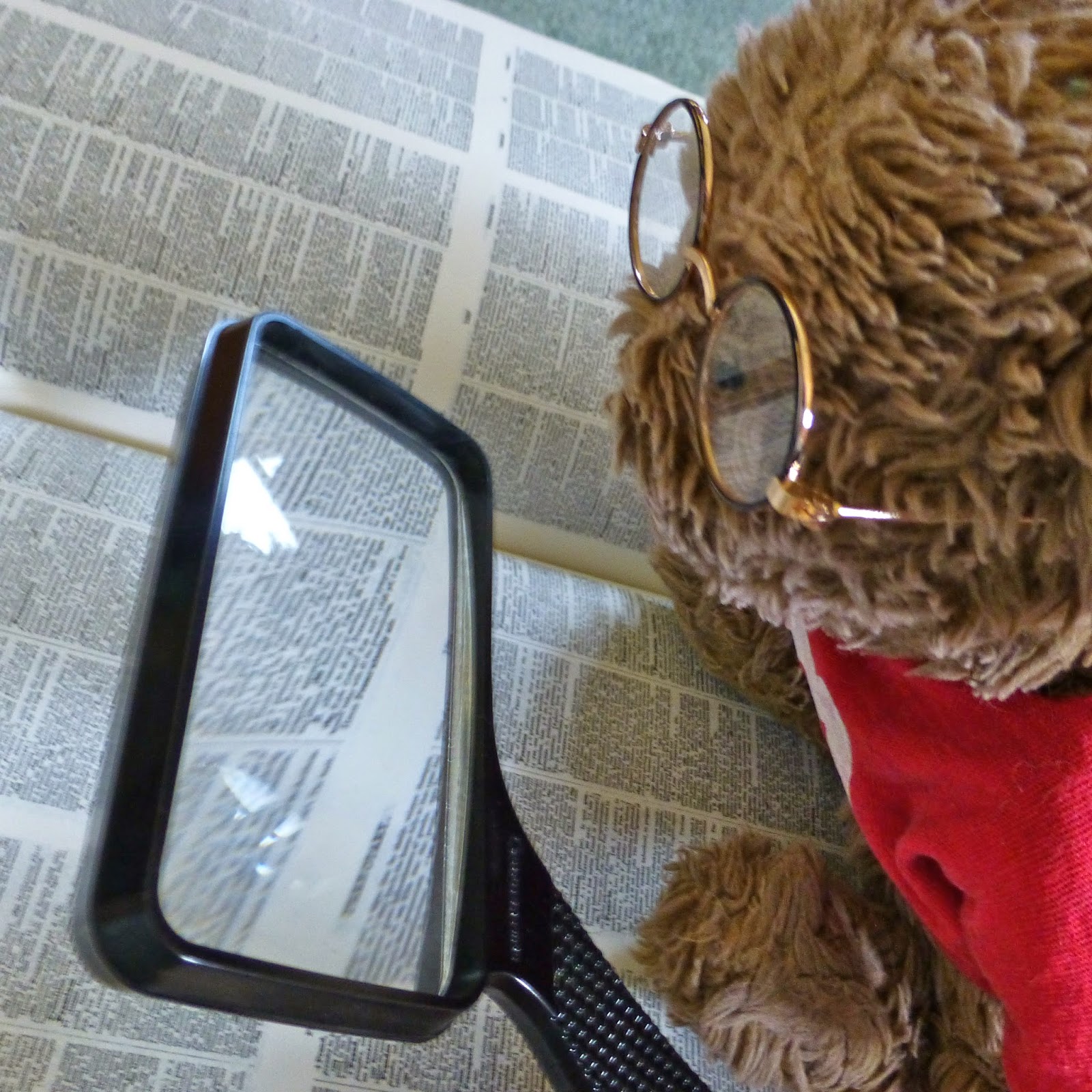 So we’re next in line for the big earthquake, and I am led to understand that I should be acquiring preparedness, or having preparedness thrust upon me. I don’t like it. It can’t even be a real word. What was wrong with “readiness?” When I look at my monthly bills, am I supposed to aspire to paidness?

I can’t bring myself to think about any of it until I check the Oxford English Dictionary–the one with every word and its earliest usage in it, and which comes with a magnifying glass–and see when this travesty of a word was visited upon us. And it turns out it was in 1590. Well, no offense to the OED people, but there’s a lot of evidence that those early English speakers were drunk. Spelling like toddlers. Capitalizing random shit as though they have to wake themselves up every few Words just to make it to the End of the Sentence. And then by 1654 we have: “…he gave the Executioner the token of his preparedness, whereat the Headsman severed his head from his body.” Maybe it’s just me, but I do not consider this any endorsement of preparedness. Whatever: the OED can’t be all that proud of the word, or they’d use bigger print.

Anyway, preparedness is one of those things you know you should get around to having, but that it could probably wait. Our neighbor Gayle thought it was so important she had a gathering at her house so some folks could come from the Red Cross and get us up to speed. Here, we don’t worry much about floods, or hurricanes, or tornadoes, or wildfires. House fires are a concern, but my smoke alarms scare me worse than fire does. What we’re really supposed to worry about is the big 9.0. The titanic earthquake that is already 14 years overdue.

And with all that, I don’t know that you can truly be prepared for a 9.0 earthquake. Sure, you can have a cache of stuff. But no one is going to go through one of these events and think: hey, I was so ready for this. Because that’s the whole point of huge earthquakes–that’s what gives them so much jazz. You’re never going to be ready just that second.  You’re never going to admire your kit and say, “okay, now.” The one we’re due for isn’t going to bobble you around. It’s going to flip you right out of bed and plate you up with hashbrowns. I’ve looked it up on the soil map: the ground on our particular block will turn into pudding. I can’t pretend I’ll be calm. I was once sorting mail, and the wheeled dolly that was stationed to my left started to spontaneously roll away. I thought I was moving. I almost threw up on my postal black shoes. 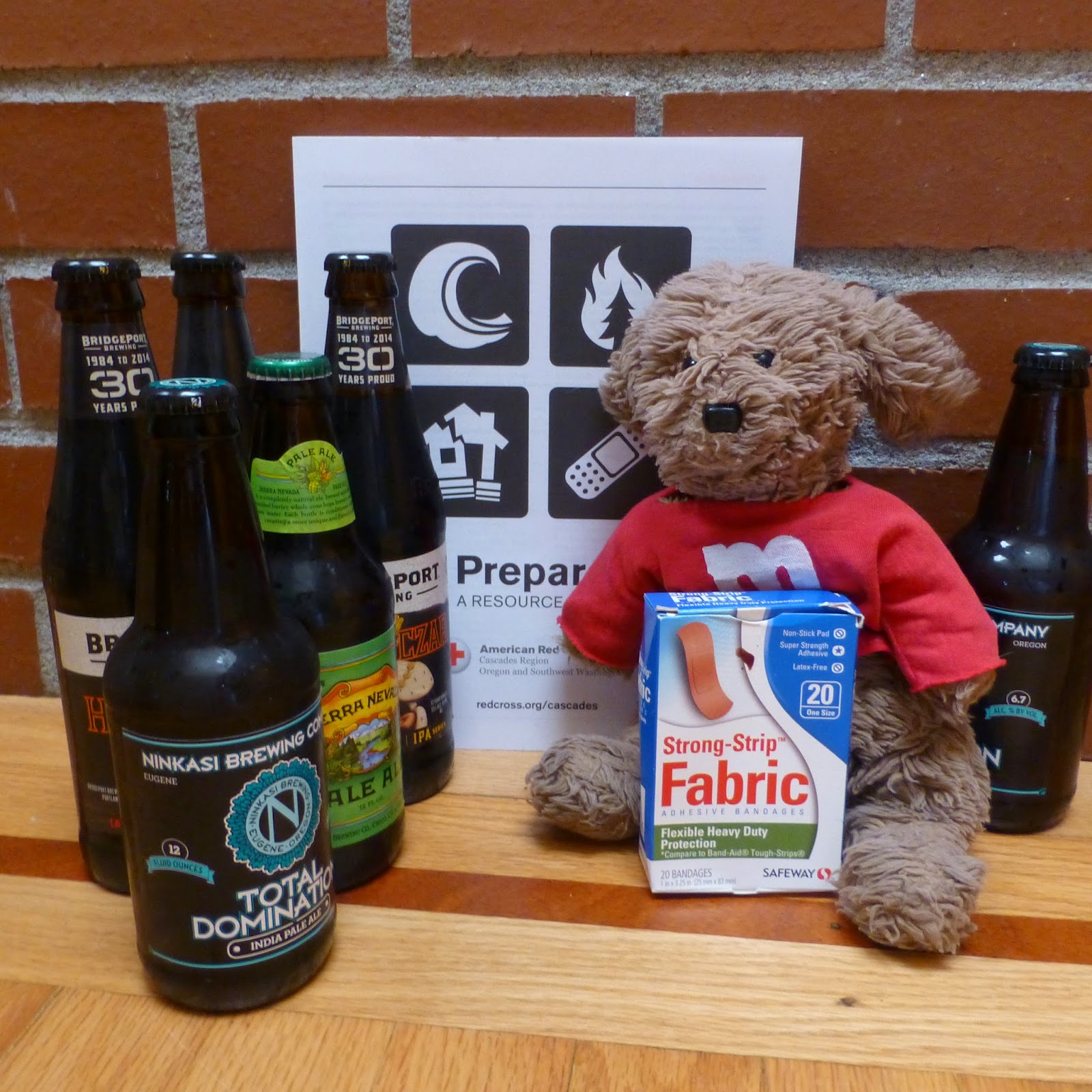 There’s more to the kit. You’re supposed to have a bucket, trash bags, bleach, and two boards to construct a makeshift toilet. I don’t know what the boards are for. I do know that after a 9.0 earthquake, I won’t be needing a toilet for a while. You’re also supposed to keep sturdy shoes, a flashlight, and an extra pair of eyeglasses in a bag attached to your headboard.

Here’s how I prepare. I don’t worry much, and I have the emotional flexibility to be able to take whatever comes. That’s the kind of preparedness that has worked for my whole life, and will continue to work for me right up until that 9.0, at which point I will have plenty of time to ponder it all while I’m under the rubble wearing only my Skechers and a pair of unfashionable glasses. And I will think: Gayle’s right next door. And she has one hell of a kit.