Blessings On The Roof 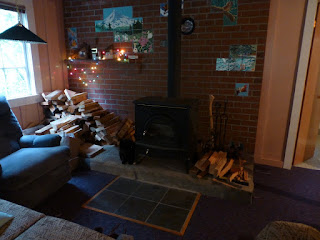 It flat poured all night long, and into the morning. We have a metal roof here at the cabin and it sounded like the saints were throwing a party while God was out of town. Dave agreed to spend the day having me read my novel to him. Six hours in, I was getting hoarse, but carried on, emboldened by the fact he was still conscious. It rained on. We had beers.

But it was getting stuffy in the cabin, and we weren’t either of us designed to sit for hours. We went for a walk. Put our rain gear on, of course, but the drips by this time were all coming from the bodacious canopy of drenched fir trees. It got dark. We came back. Rustled up some beer and artichoke dip and found crackers in the cupboard (“Best By 2012”). Mountain food! 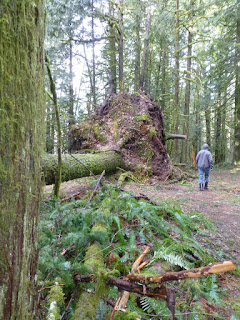 And no sooner had we sat down than someone sliced up a fat wedge of weather and slapped us upside the windows with it. 100-foot-tall trees squinted down at us and lined us up in their sights. Things was flying. Miss Gulch and her bicycle, diced to pieces, sailed past in a rapidly disintegrating swarm. Our eyebrows shot up to our hairlines and stayed there. And we both felt it at the same time: the irresistible urge to check the weather app. What was going to happen? Was it going to rain forever? Was there going to be a break? These were all knowable items.

In that somebody, somewhere knew them.

Well, it felt irresistible, but it wasn’t. Because there was no weather app. Our phones lay inert on the counter, plugged in to maintain power, because they lose power so fast here: straining and searching for the mothership, a biddable satellite, their little tentacles dangling for a connection. There isn’t one. Rain pounded the place, and we had to just let it, and assume it knew what it was doing. We couldn’t do a thing about it. 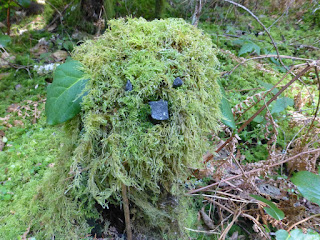 On an ordinary day, when we could get a weather app and see what’s coming, we kind of thought we could do something; we could avoid ambush; we could strategize. Aha, we would think. You thought we’d be surprised by this shower coming in nineteen minutes, but we aren’t. We saw you coming. You think you’re so smart, Weather. Our trouser pockets have radar right in them. 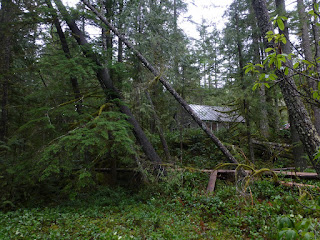 It takes a few days to get over not knowing. It takes just that long to go back in time, say, twenty-five years, when we made idle talk and rummaged in our own brains for bits of missing trivia, instead of tipping it out of our phones, where our species’ collective memory is now stored. It wouldn’t take more than a good gust of unpredicted wind on a loose-footed Douglas fir tree to send us back to the nineteenth century, when, inexplicably, people seemed to navigate life just fine.