Boiling Frogs For Fun And Profit 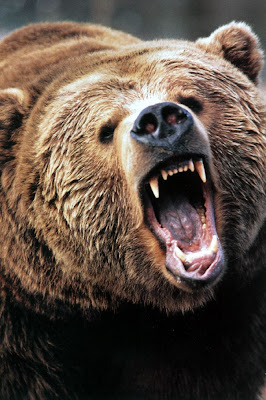 I keep bringing up this global warming thing only because I keep noticing that facts are becoming less and less important. I’m a fan of facts, especially the true kind–call me old-fashioned–but I certainly do not want to give the impression that having facts makes me a better person. It doesn’t. Righter, maybe. Here’s the thing: if a grizzly is bearing down on you, he’s not going to freeze and twitch his nose at you just because you call him a bunny.

And it matters how many people can tell a grizzly from a bunny, because the sorts of things that might mitigate the worst effects of global warming require a lot of political will. People have to get behind the effort. There was starting to be some movement in the right direction, conventions convened and proposals proposed, and then it got all snowy and icky in Washington and they called the whole thing off. 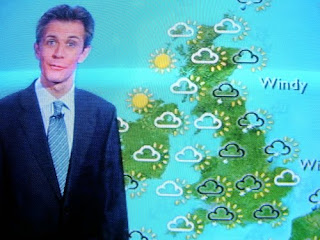 One of the factors affecting people’s perceptions of the threat is that although climate scientists overwhelmingly believe the planet is warming due to human actions, a significant percentage of meteorologists ain’t so dang sure. And that’s who the people are listening to. People love their local weather people, most of whom are totally adorable. Oddly, when the same people need gall bladder surgery, they still tend to go to a surgeon rather than a meatpacker, who also knows a thing or two about anatomy. Climate scientists, however, are dismissed. They are suspected of being snooty and no fun at parties.
As for why meteorologists are not signing on to the warming threat, well, there’s a certain amount of professional jealousy involved. Climate scientists get big funding to go drill holes in the Greenland ice sheet, and weather forecasters get sent out in hurricanes to be lashed to lightposts and bawl into their mikes. When you’re soaked to the skin, you’re not inclined to think warmly about a bunch of overpaid blowhards. Or their iceholes. 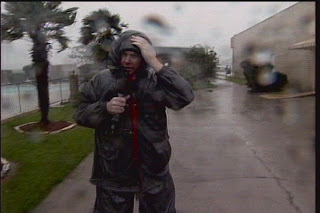 Furthermore, professionals who can’t predict weather seven days out are inclined to be resentful of other professionals who are flinging out predictions for the rest of the century. They would have a point if climate scientists were suggesting it will be 89 degrees in Philadelphia on March 31st, 2050, with evening thundershowers, but they’re not.
The fact is, climatologists are nearly always affiliated with universities and hold doctoral degrees, whereas weather people can get by with a bachelor’s in meteorology, or even just big teeth and the ability to point out a cloud icon on a map. 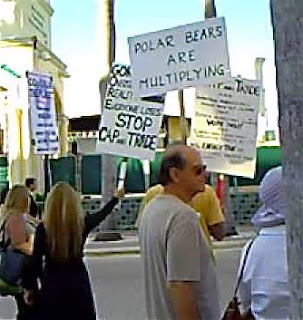 Unfortunately, the random snarky Al Gore comments uttered by the NewsWatch weatherman during a snowstorm are taken more to heart by the general population than sober warnings by the Smartypants Institute. A lot of people are just more comfortable with Vanna White than Marie Curie. Partisans on both sides of the issue have taken note of this and are making attempts to corral the legions of weather forecasters into their respective camps. The Union Of Concerned Scientists, Yale, and the National Environmental Education Foundation all have held forums to educate meteorological-Americans, but their efforts are being undermined by the Heartland Institute. This conservative free-market policy think tank is also reaching out to weather forecasters at their annual conference. It could well be that the fate of the planet will rest on the outcome of dueling cheese dips and gift bags.
[In other news on the fact front, the Texas Board of Education has released a new study proving that the rock strata in Mt. Rushmore, South Dakota can conclusively be dated from 1776 to 1919.]
By Murr Brewster|2021-11-09T21:29:17-08:00April 28, 2010|Uncategorized|21 Comments