Boom Boom, Out Go The Lights 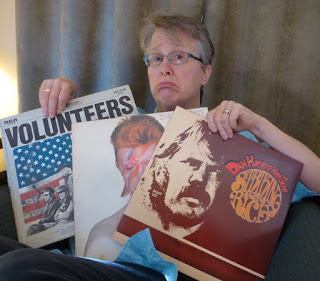 It’s been a boom year so far for famous dead musicians, and not just the ones nobody has heard of unless they’re under forty, but the real ones. Right out of the gate we lost David Bowie. He epitomized an era about as well as it can be epitomized. I can’t listen to Starman without being transported to a small basement flat in London where I spent a year slowly losing my mind and also drinking Guinness (so, on average, a good year). I have an acquaintance who reportedly threw out all his Bowie albums when he found out the man might be gay, which raises several questions about my friend, including: how did that little tidbit sneak up on him? The point is, things are different now, at least I hope they are, and Bowie’s been with us for all of it.  Then Glenn Frey keeled over. Then Jefferson Airplane lost two members on the same day. Then Dan Hicks. And all over the social media (or, at least, Facebook, which is the platform that gained legal custody of the old farts), people were wailing along with the equally dead Marvin Gaye: What’s going on?


Sure, we lost some along the way. It happens. Especially when a generation is experimenting with a lot of drugs. The adults always called it that, “experimenting,” but in reality a lot of us were way past the test ride and had bought the whole fleet. Hendrix, Joplin, Lowell George–there were so many great musicians, and also Jim Morrison. It almost seemed sort of exciting and exotic at the time. Actual cessation of life–bold move! We didn’t expect people to just die. Like, ever. And there was that romantic notion of dying young and leaving a beautiful corpse. You know, if you ignore the vomit and stuff.

And some of it just wasn’t fair. Zappa, Beefheart, Nyro? We wuz robbed. But now they’re dropping like weighted flies. “It always comes in threes,” you hear, which is true, because after the third one you start counting over, but we’re getting into the serious multiples here. We feel betrayed. These people wrote the very soundtrack of our youth. They were our youth. And if they’re dying, it means…wait a minute…it means…

[tension builds as the boomers begin to put the puzzle pieces together. Shark music commences, swells. There is a gasp, and, off stage, a scream.]

Who’s next? we say, alarmed, as though we are in the presence of a stalker. Bulletin: we are. We’re old, people. This isn’t some cosmic plot. You start edging up on that three-score and ten, you’re going to have to expect some attrition.

It’s not like we’re wanting for evidence. The younger generation has started to mumble, and even when you can hear them, they don’t make any sense. Remember when you could use nudity as both a political statement and a personal ad? Now look at you. You’re completely covered in spots and speckles, little messages, like your skin has set up an informational picket. And that’s just the organ you can see. Inside, all your moist, pink, baggy bits are trying to send you messages too. Your kidneys, your liver, your heroic heap of intestines have all been saving your ass for decades, and now, they’ve just about had it with you. They’ve put up with your bullshit all this time and now they’re thinking it’s time to send you to the Big Time-Out.

So don’t ask who’s next. You might not want to know. We’ve been on the downhill skid since John Lennon’s Revolution was first used to sell shoes. Someday soon we’re all going to be gone. Some of us might be able to buy a stairway to heaven, and the rest of us, grateful or not, will be friends of the devil. Keith Richards will spend a little time sweeping up after us, and then he’s out, too.