A Brief History Of Air 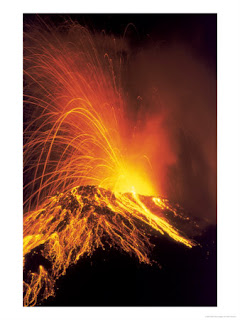 In the beginning, about four and a half billion years ago, the earth was very hot, but at least it wasn’t humid. The atmosphere, such as it was, contained hydrogen and helium, elements that were so tiny they kept floating off. Nearly a half-billion years later, the crust had finally begun to sturdy up, so the molten bits had to blow their way through it via volcanoes. This produced carbon dioxide, steam and ammonia but no free oxygen. It was not hospitable to life, and I believe it. I visited my fourth-grade teacher’s apartment once, and it smelled like ammonia, and I thought I was going to die.

The carbon dioxide dissolved in the new oceans, which set the world up with a big wad of carbon, the atom of life. There was just a huge bunch of carbon in there, none of it aspiring to become humans at the time. Then as now, we were more or less unthinkable.

About a billion years later, there were all sorts of life-forms, microbes that produced free oxygen out of the carbon dioxide. They got off to a slow start; you know how it is when you’re just starting a project and you’re in the dithering phase. But by about 2.7 billion years ago, we had what you could call a proper oxygen atmosphere. This was known as the Oxygen Catastrophe, because most of the things zipping about at the time found oxygen poisonous. You see, it’s all a matter of perspective. Some of us like to think that the world as it is currently constituted was made for us, but they have it all backwards. If it weren’t just this way, we wouldn’t be here, and if it changes much, we won’t be, no matter who loves us. But I digress. 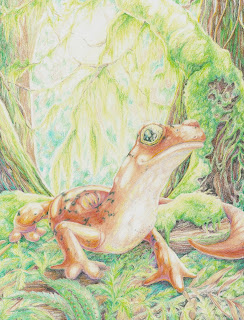 Thanks to plate tectonics, our continents began doing the bumper-car bop all over the globe. Mountains wrinkled up. A molten rift in the middle of the ocean pushed the continents apart like it was a speculum. There was a huge shift of carbon to land-based forms. In the Carboniferous Period, forests towered and ferns fronded and swamps proliferated, jammed with plants. Talk about your humidity. There were more plants than the world has ever seen, before or since. All this sent oxygen into the air in enormous quantities, leading directly to the pinnacle of creation, the age of giant salamanders, and we’ve been declining ever since.

On numerous occasions the planet clogged up with ice, even–at one point–being completely covered in the stuff, more ice than the world has ever seen, before or since. Various things factored in. Panama, for instance, not only bogged down shipping traffic until we sliced it open, but changed the flow of the oceans and ushered in a new ice age. It was just one thing after another. By the time people showed up, we were squeezed into a relatively small area because of the massive ice sheets. An apartment in Manhattan, for example, was completely out of the question. We wandered around and whacked the random mastodon and more or less fit in with the scheme of things, and then about a month ago–or 11,000 years, it works out about the same, geologically speaking–the ice retreated. Well, boy howdy. Party time!

We were having some fun now. First we burned up all the forests that were hanging onto most of our carbon dioxide. That gave us some cool stuff, cities and roads and big-box stores and gigantic deserts and whatnot. Ask any infant slapping her hand in the strained carrots–it’s fun to have an impact. Then someone discovered all that plant material that had been buried in the Carboniferous Period, and now the  ceiling’s coated with strained carrots. 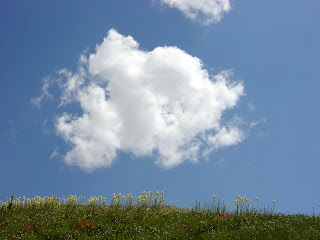 People started sucking it all out and burning it up and some people made money, more money than the world has ever seen, before or since. And the atmosphere started changing again, faster than ever before.

The End. No, really.