The Bum Bum: An Improctical Solution 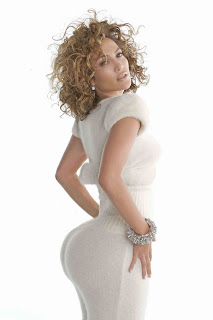 A woman in Florida nearly died after having her buttocks pumped full of cement by a transgender woman posing as a doctor, which is going to do nothing to advance the cause of trans acceptance, even though the vast majority of transgendered people I know would never think of doing such a thing.

I’m okay with my own heinie. It hasn’t fallen yet, at least, which is something I’m told they can do. I don’t know if it happens all at once. I don’t know if you’re just standing at the bus stop one day and all of a sudden there’s a little sliding sssshlorp sound and whump your fanny is hanging off your hipbones like mud flaps. In my experience these things tend to creep up on you. And I don’t look at my own butt all that often, so it could be I am mistaken in my rosy assessment. I remember looking at some woman with bingo wings once and telling Dave, “psst… let me know when my armpit skin starts to swing around like that,” because, I don’t know, maybe then I’d start lifting weights or something, and he said “okay…now.” Well, shit.

Anyway, the woman in question was not trying to restore the popo of youth. She was still young. She was thirty years old, old enough to have learned some priorities in life, but way younger than the age most people start thinking they could use some concrete in the caboose. Maybe she was a little on the flat side, and thought with a little enhancement she could be just like J. Lo. After all, she already had the crappy marriage. And a friend of a friend’s cousin said she knew this transgender almost-a-doctor who worked miracles with simple injections of cement, mineral oil and super glue, and what more do you need to know? There is evidently a whole underground industry devoted to this pursuit, featuring something called a “plumping party.” Which sounds benign enough. We used to have plumping parties years ago, only we used beer and pizza, and didn’t focus so exclusively on the patootie.

There’s a reason they put them in the back. It’s God’s way of saving you a little grief, but some people are not meant to be saved. The plumping parties are outside of the medical realm and not regulated in any way, so you have to be careful. Caveat emptor, as they say, which is Latin for “don’t turn your back on someone with a huge syringe and too much enthusiasm.” Sure, going to a strange transgender woman’s house to get cement plugged in your ass always sounds like a good idea, but there are things to consider. Do they offer anything in the way of follow-up care? Someone needs to watch where you sit while it’s setting up. If you squeeze yourself into a box, not only will you be able to sit on your ass, but somebody else could, too. Spend too much time on a toilet right after plumping, and your heinie will indeed be the object of fascination, but not in a good way. Also, you’re probably going to need someone to take you to the emergency room. 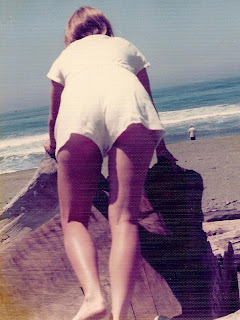 A nice firm set of buttocks is a good thing. I had one, once. Back in the day, we didn’t have the benefit of modern cement injections, so I had to do it the old-fashioned way, by bicycling from New Jersey to San Francisco. By the time I hit the left coast, I could crack walnuts with my ass. I took that ass to Portland and introduced it and myself to Dave, in possibly the most egregious case of false advertising ever. Within a couple months my keister had reverted to its natural state of quivering tapioca, but Dave stuck around and even married me seven years later, in case it ever came back. He’s still waiting.

The woman in Florida found the process of cement injection excruciating, and the attending plumpologist was persuaded to quit before she was quite done. She sealed up the injection site with super glue and sent the patient away to become violently ill somewhere else. Caveat emptor, people. If you’ve got the wrong person administering super glue to your ass, you could end up with a whole different sort of plumping, and you’re not going to like it.