Butlek And Askis Solve Everything 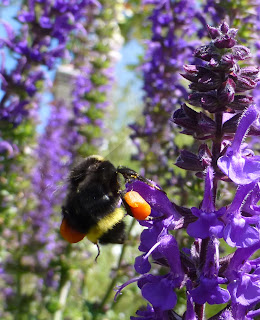 Congressman Butlek entered the windowless room and locked the door behind him. “Good news, boys–it looks like the immigration issue is going to go away before we have to admit we like the cheap labor.”

“No crops to pick. So that is potentially a downside. I’ve brought in Dr. Doomer of the EPA to bring us up to speed.”

“I thought we finally got rid of all the scientists down there.”

Dr. Doomer looked up with an expression of such earnestness that the congressmen turned away in revulsion.

“All right,” Congressman Askis began. “Where we at? Is it the drought thing again? C’mon, boys. We can handle this. We just need to move our operations up north, where our old weather has gone. Start some acquisition work in Canada. They don’t even know what they have up there. They’re just using it to stack moose in. We can get it cheap. And we’ve still got plenty of water. You been in a 7-11 lately?”

Dr. Doomer cleared his throat. “Well, it’s not so easy as just moving things up north. It’s not just the temperature and the water table. For starters, we’d have to move the topsoil too.”

“Shit, son, our topsoil is moving right now. It’s so dry in my district the wind is picking it up and taking it away. All we have to do is get it going in the right direction,” Butlek said, waving his arms.

“You mean, change the prevailing wind patterns? We don’t have that kind of control.”

“Oh, is that how it is with you people? First you tell us we are changing the weather, and then you say we can’t change the weather. You can’t have it both ways.”

“At any rate, it isn’t just the temperature, or the water, or the topsoil. We’re losing our pollinators too. Our bees are suffering massive die-off from colony collapse disorder. Potentially they’re taking our entire food production capability with them. The worker bees all drop dead away from the hive, leaving the females and queen without income.” 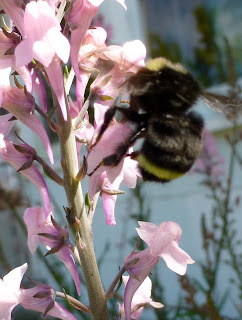 “They’re not lazy, necessarily. In fact beekeepers have been moving them from crop to crop and many suspect they’re being overworked. Pesticide use is also being implicated.”

“Good riddance. I hate bees. I got stung on the golf course the other day, right on the second hole,” Askis grumped, shifting in his seat.

“That was probably a wasp.”

“No, really different. We’re talking about the European honey bee.”

“French union bees! I knew it! We can solve this. We’re Americans. Do we even need pollinators in this day and age? All we need is new crops with more self-motivation. Get Monsanto on the line!”

“I’m afraid it’s not feasible. And each single flower needs to be pollinated to ensure a good crop.”

Askis drummed his fingers on his desk. “Mexicans,” he said. “We’ll get the Mexicans back. An army of Mexicans with Q-Tips. We don’t even have to offer them a path to citizenship–just a provisional driver’s license and a lottery chance for a low-rider. They’ll be swarming up here.”

“That brings us back to that immigration problem, though. We can’t get reelected by bringing in new Mexicans,” Butlek pointed out.

“Well, the colored, then. Colored folks with Q-Tips. Nothing sharp,” he added.

“White people can’t do it. We’re not cut out for that kind of work. Something about the hips,” Butlek said, standing up and demonstrating an artless waggle.

“Okay–wait. We could make some little pollinating device. Something small and nimble enough to go from flower to flower, but not need paid vacation or health insurance.”

“Drones!” Butlek and Askis shouted at once. “Get the Air Force on the line.”

“With all due respect,” Dr. Doomer put in, “that’s exactly what bees do. Nobody does it better. If we merely strove to remove the obstacles to the bees’ success, we could…”

“Point taken,” Askis said. “Let’s get us some bees, then. New bees, with a better attitude. Not so damned entitled. Get China on the line!”