Calling On The Butter Fairy 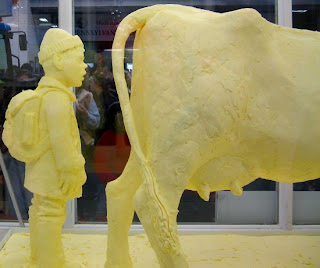 Norway is suffering a killer butter shortage during the holiday season. This is tragic because Norwegian cuisine in its entirety uses only seven ingredients: butter, cream, flour, potatoes, sugar, codfish, and oven cleaner. And butter is the most important of these for a number of reasons. All dishes owe their structural integrity to butter, which keeps the flour molecules apart. Also, native Norwegians are genetically blessed with massive circulatory systems featuring arteries the size of road culverts, and butter keeps the blood from making knocking sounds as it ricochets through the tubes. Norwegians are stalwart people of sturdy temperament who are not apt to blow over in a stiff breeze, but they’re rattled. Without butter the entire collective digestive system of Norway will founder and flake. 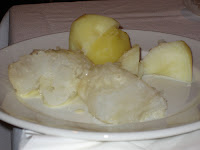 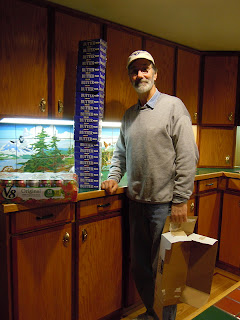 In short, it should be possible to invent a cow attachment that could deliver 90% of Norway’s culinary repertoire straight from the cow to the plate, but it does not exist, because Norwegian people are not lazy. What appears to be torpor is just a combination of inoffensiveness and deep satisfaction, and the satisfaction is because of the butter.

It was a perfect storm of political, economical, and natural events that produced the butter shortage in Norway.  Demand spiked due to the popularity of healthier low-carb diets wherein some of the potato is swapped out for butter. Climate change ushered in excessive dampness that demoralized the cows. And steep tariffs discouraged imports from butter-rich countries. With citizens willing to fork over up to $32 per pound of butter, a black market has arisen. Several butter smugglers have been apprehended crossing over from Sweden (of course, Sweden), but it’s a slick operation. A suspected smuggling tunnel from Denmark was discovered only when it clogged up. 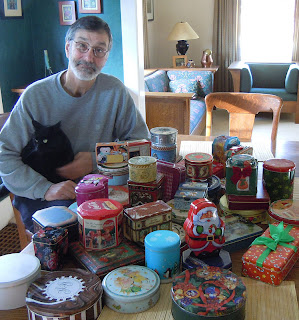 There is no butter shortage in the United States, but that’s not my husband’s fault. Dave came home a few weeks ago with a starter set of twenty-four pounds of butter and began his annual three-week round-the-clock production of almond roca, which he will distribute in decorative tins to good men and women the world over. Many who regret kicking Santa to the curb of childhood are now fervent about the Butter Fairy, and they anticipate his arrival with clenched capillaries. It’s said that he’s tall and he’s stealthy and he creeps onto your porch like an embolism in the night. Believe it.