Camel Spit, And You 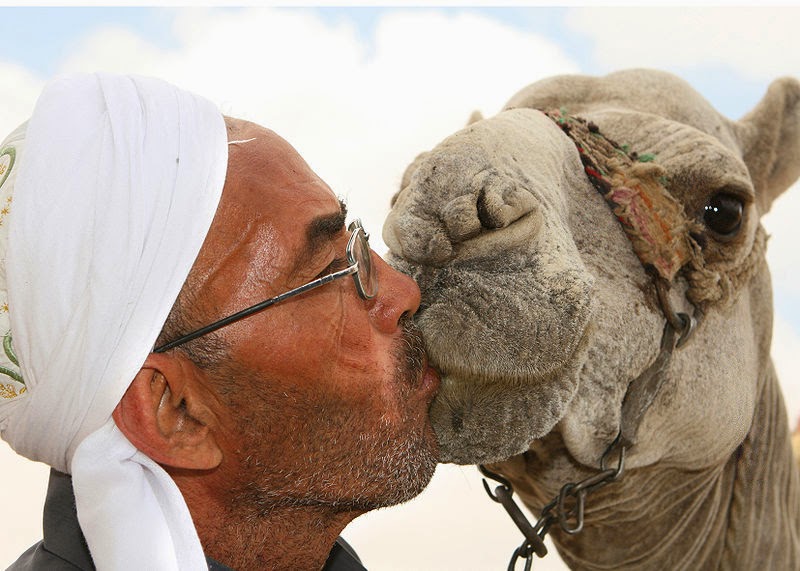 There’s been an important advisory out about Middle East Respiratory Syndrome, which is pronounced “murrs,” but is not endorsed by me in any way. It’s a serious illness, made all the worse because it is new, and thus we have no idea just exactly how many of us it can take out, if it gets to galloping. Lots of these new diseases make the leap to humans from some other critter and discover that our respiratory passages are the viral Promised Land and they can dine on the snot equivalent of milk and honey until their host drops dead.

Without a doubt this practice will be widely ridiculed in this country, but that’s because we’re cowboys, and also racists. This kind of attitude goes back a long way. For instance, in the pioneer days, cattlemen used to sneer at people who brought in sheep. Hah! Shepherds, they snorted, were obviously too short to take care of cows. As it were.

Not that people in the Middle East are any more sensible. They believe something very important to them has been taken away. There’s been a positive outbreak of public camel-kissing since the advisory went into effect. Probably, the advisory should be more general. Camels are pretty famous for spitting. And just like the rest of us, they have other secretions. Perhaps, for the time being, people should be encouraged to cut down from two humps to one, and see how that goes.

I’m always leery of these medical pronouncements anyway. They tend to be sort of glib; like, sure, you can virtually eliminate your chances for alcoholism by not drinking. But what if they change their mind about that later, and you’ve missed all that beer? Still, I would feel relatively safe from MERS if only because we don’t have a lot of camels around here. Unfortunately, it only takes one camel-kisser boarding a jet and suddenly that virus has a ticket to everywhere.

That’s the thing. You can only protect yourself so much in a world saturated with people. You might have lived your whole life on a low island in a simple and sustainable way, but the rest of us carbon-belchers are going to see to it that you drown anyway.