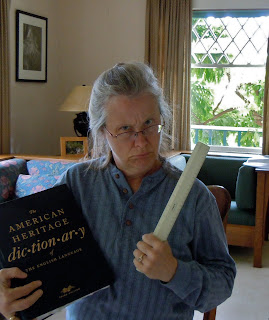 “Sorry I’m late,” my friend hollered out, trotting up to me on the street corner.

“NO,” I said, leaving my mouth hanging open. My mouth was waiting for the rest of the phrase to emerge. My friend looked startled. She wasn’t that late.
The problem was I was caught midway between trends and had stopped my phrase before saying “no problem” but hadn’t quite accessed the new wording, “no worries.” If you were able to peer into my brain at that moment, you would have seen it all pixelated and momentarily frozen, waiting to resolve. My VCR brain was still piddling around looking for a tape at the video store when the world had gone completely DVD. Or whatever it is they’re using now. It’s hard to keep up. 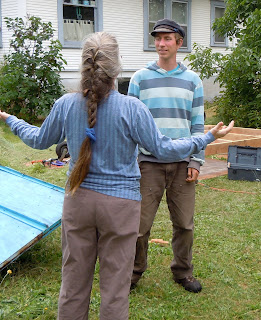 When I was in my teens, one way you could tell if someone was an old fart was if they used the word “groovy.” No one I knew ever once said “groovy”–that was an urban myth. I do distinctly remember hearing the word “hang-up” for the first time, and my whole generation was flinging that little locution around with confidence inside of a week. So I consulted a young person a while back about “word up.” What did it mean? He explained. “Okay,” I said, feeling it out, “so if you said ‘it sure is hot today,’ I could say ‘word up?'”
“Or just ‘word,'” he offered. I tried it out.
“But really, no one says either of those anymore,” he finished. Well crap. I was trying to hop a train that had already left the station. 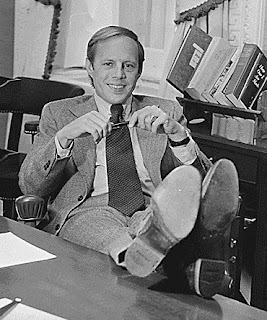 We all learn our language in a big mass, all at once. When you meet someone new, and she has a cute way of saying something, your brain takes note of it and shoots it out of your own mouth soon after, without your even telling it to. Stuff gets into the community system. Back when Watergate was the only Gate around, the lawyer John Dean was on TV frequently, explaining what had happened “at this point in time.” It sounded ever so exact. Before Mr. Dean, things happened “at this point” or “at this time” but no one ever had that stop-action precision that he was able to bring to the picture. Mr. Dean said it, and infected other people, who began to say it on TV, and now we can’t get rid of it. It’s not a deliberate choice. You’ll just say “at this point” and the “in time” hitches right onto it. Unless you’re curmudgeonly, like me, and make a point of not saying it. 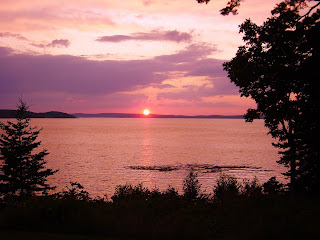 Some of these phrases can be traced back to a particular day, or point in time, if you will. During the Clinton impeachment embarrathon, someone wrapped up his testimony by saying “at the end of the day,” meaning “ultimately” or “when all is said and done.” It sounded very poetic, and I took note. The very next day, an entirely different senator concluded his statement by saying “at the end of the day,” and I thought: uh oh. Sure enough, the phrase went viral (“went viral:” c. 1994). Every time I hear it now it’s like catching the edge of a buried splinter. My reaction is so profound that I recoiled when I read about the sun dipping below the horizon at the end of the day, and had to remind myself that that is, in fact, what it does at the end of the day. Oh. Well then. Okay.
It’s not just phrases. Even voice patterns sweep across the population in an epidemic fashion. Like most old farts, I got irritable about the questioning intonation that young people, almost without exception, began to employ a few decades ago. I just found it so annoying? I never thought I’d miss it until it got replaced by the current mode wherein all speech peters out into a little gravel bar at the back of the throat, as though the speaker has suddenly become way too tired to prop up her own larynx. Everybody of a certain age speaks that way now, even professional radio announcers.
Some stuff just gets mentally embedded and lurches out willy-nilly. A friend told me proudly that her young son had gone out Christmas-shopping “on his own recognizance.” I don’t think she meant anything by that, but she’d already said “on his own” and the “recognizance” didn’t come unhooked. It just trailed along like verbal toilet paper on the conversational shoe. In the same manner, people are always sweating “like a banshee” or driving “like a banshee” when all banshees ever did was wail. 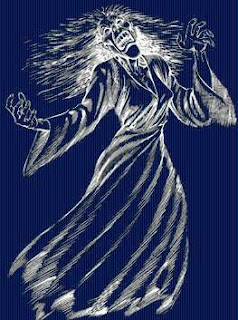 People used to wait for other people and have conversations about things. Now they wait on people and have conversations around things. And then there was the first time I saw a poster that said “What part of NO don’t you understand?” I thought it was very clever. So did everybody else. Now we keep running into stuff like “What part of you can have my gun when you pry it out of my cold dead hands don’t you understand?” Not so clever. Kinda dumb, really.
Since I’ve set myself up as the expert in trend-spotting, I’ll let you in on the latest one. You will now hear it twenty times a day on NPR interviews. Here it is: “That’s a really great question.”
It replaces “Um.”
By Murr Brewster|2021-11-09T21:27:43-08:00July 7, 2010|Uncategorized|49 Comments