Checking In With Grandma 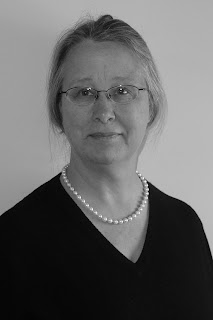 I picked up some spectacles the other day. Kaiser mentioned I had $150 credit towards a new pair of glasses, so I thought I’d get some, and maybe have enough cash left over to get me some sort of random Procedure. I haven’t bought glasses for a while. $150 doesn’t even get halfway around your face.

I’ve worn contact lenses since I was a teenager. In the sixties, getting used to contacts was an ordeal of the first order. They were thick and rigid and putting them in was like dipping little hubcaps in hot sauce and stabbing them onto your eyeballs. An hour is about all you could stand of that, and you were expected to bump that up by fifteen-minute increments every day until you either went blind or nuts or got used to them. It was painful, but pain was no match for teenage vanity. The first time one of the hubcaps slid off my cornea and began to travel across my eye, I flew into a panic. Would it go all the way around and slice off the string that held my eyeball in? Ultimately, I got used to them, although if an eyelash wedged in underneath it could cause me to fall off the sidewalk, weeping.

Over the years the product became lighter and thinner and gas-permeable and altogether more bearable. I never went over to the soft variety. One day at a softball game, a towering fly came to me in right field. I yelled “I got it I got it I got it” and deftly snagged the ball with my eye socket. That got the runner to third and me to the emergency room, where the immediate task was retrieving my contact lens before my eye swelled shut so tight they’d have to send in a team of spelunkers. Do you know that the average emergency medical cabinet contains tiny little toilet plungers for just that purpose? The doctor pries your lids open and takes the little plunger and goes doink and there’s your lens.

So there have always been difficulties with the contacts, but it’s a pretty good system overall. After you turn forty, something needs to be done about the close-in vision, so instead of bifocals, they give you one lens for distance vision and one for reading. Your eyes and brain duke it out and finally work something out amongst themselves. But then after another fifteen years or so, you discove

r you’re kind of an old lady and things dry up, including your eyeballs. Now the contacts are starting to get a little cranky. It’s nothing like the hubcap debacle, but towards the end of the day they begin to feel a little like Ritz Bits, salty side down. This is when I decided it might be prudent to get a spare set of $150 glasses, maybe just for the evenings, and three hundred additional bucks later, I have some. They’re tiny and light, with progressive trifocals, and they work amazingly well. I can see everything very clearly as long as I’m peering out of the correct part of the glasses, and soon I hope to have mapped out which parts work where. I haven’t put my contacts back in, to my surprise, and may have just become a four-eyes again, after forty years.

It’s not that I don’t think I look dorky, but maybe I just don’t care as much. I did take a quick glance in the mirror. That’s where Grandma lives. I don’t check in with her often, but maybe I’ll start. She was a sweet-faced old lady.