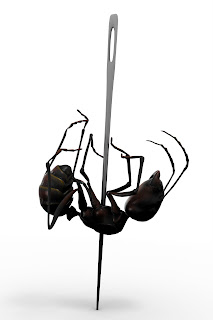 Which reminds me of BP and its oil gusher.
First they fluttered their hands and hoped it would heal itself. Then they poured golf balls and plastic into the hole. Then they tried to smother it with mud. Then they cut the pipe off and scrubbed it up so it flowed more abundantly. Then they dropped a house on it, an idea that still had traction from the Wicked Witch of the East incident. Then they tried mopping up oil on the shoreline with live pelicans. Then they announced that plugging the leak might take a while. August, maybe. Or something like August. Like, maybe, never. By early June, they had finally succeeded in stemming the flow of hope.
Which reminds me of the New Carissa. 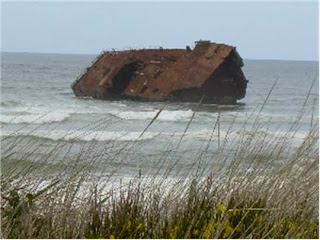 The New Carissa was a ship that foundered off the southern coast of Oregon in 1999. There had been a storm coming up, and she had anchored off shore, if by “anchored” we mean bobbing a fifty-foot weight in a 100-foot sea. Folks were concerned. They tried to re-float her and get her going under her own power, but the local tug couldn’t make it over the bar. A more substantial tug was held up in Astoria for four days, while the New Carissa continued to dig in closer to shore. Then she busted up and commenced to leak oil. Folks were concerned.
So they set her on fire. Using 36 shaped charges, 2280 liters of napalm, and 180 kg of plastic explosives, they succeeded in burning one tank for 33 hours, but the other remained unscathed. And then she busted in two. Folks were concerned. 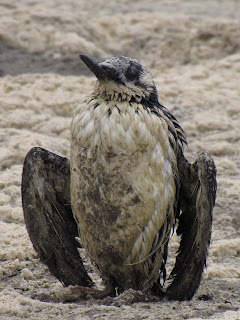 Nearly a month later, they were able to tow just the bow section out to sea with the hope of sinking it into oblivion, but the tow line snapped, and half of the New Carissa poinked onto shore again 80 miles north in Waldport. Within a week it was re-towed out to sea and sunk in nearly two miles of water, where, whatever it is doing, we can’t hear it (la la la la la). No one was taking any chances. They used a destroyer and a submarine equipped with 400 lbs of high explosives, 69 rounds of gunfire, and a torpedo to simultaneously sink the bow and serve as a stern warning (har) to the grounded section back in Coos Bay, which nevertheless continues to leak. Thousands of sea and shore birds were fatally oiled, including hundreds of murres, which I should not take personally, but I do.
Which reminds me of Lady and the chicken head. 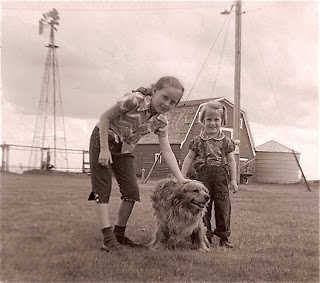 Lady was my uncle’s dog, a sweet girl, and I loved playing with her when we vacationed at the farm in North Dakota. She and I were following my uncle around one day when, without warning, he snatched up a chicken and lopped its head off. My four-year-old city heart was shocked and inconsolable, and Lady tried to cheer me up with the chicken head, missing the mark by quite a lot. So Uncle Cliff buried the head, but the next day Lady bounded up to me with the soiled head, which was then buried deeper. Every new day, Lady showed up with an increasingly grisly gift. By the end of the week, I was seeing that dog as just another bad-news bitch with a mouthful of garbage.
Which reminds me of Sarah Palin. Who recently blamed the BP oil fiasco on environmentalists.
Which I should not take personally, but I do.
By Murr Brewster|2021-11-09T21:28:14-08:00June 9, 2010|Uncategorized|30 Comments