Circle The Jerk: A Proposition 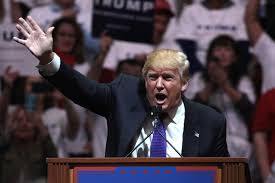 Picture a man. He’s quite alone, but he’s a circus barker, and he’s calling in the crowd. He’s introducing the acts, the clowns, the freaks: Muslims. Bad hombres. Inner-city types. A former opponent. The press. The crowd is cheering, and jeering, and pumping their fists. The man rides waves of adulation. He’s a showman: he’s got a roomful of plates, and he’s keeping them spinning, easily, using a word and a wink, a deft insult, a shrug of dismissal. For the first time in a while, he’s comfortable. He’s at home.

Now pull back. View the same scene from above and pan out. In every direction, men and women are standing. Thousands. They are silent. They are carrying no signs. They are not marching. They are not chanting. They are standing still, with their backs to the circus barker. Their faces are uncovered, but the man will not see them. He is surrounded by people facing away. He is being rejected: much worse, for him, he is being ignored. 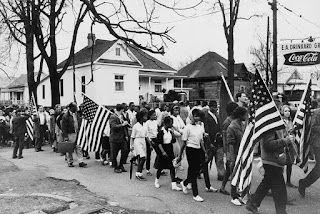 The man does not know what to do with this. He knows nothing about love, but requires admiration like oxygen. He will go where he can find it, or he will summon it to him. If he is surrounded by a thousand silent backs, he will try to prod his disciples into acts of provocation. He needs enemies to keep the plates spinning. He may even direct a military element–police, National Guard–to incite a confrontation. But if the thousands, in a ring around him, marshal the power of their own love and conviction and stand firm, in dignity, there will be nothing he can do. Nothing the entire world won’t see. 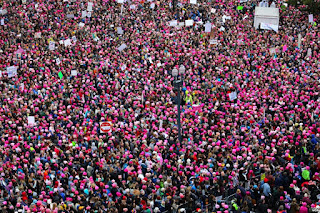 There are other tactics. Some cover their faces and dress in black and cause as much disruption as they can manage. They’re exhilarated by their own violence in the same way the mob around the circus barker is. And they have an effect far out of proportion to their numbers, like a child screaming in a restaurant.

But we’ve got the numbers. And when we stand silently, facing away, we draw a bright line between ourselves and the mob, the military, the provocateurs.

Let’s do it. Let’s #circlethejerk.