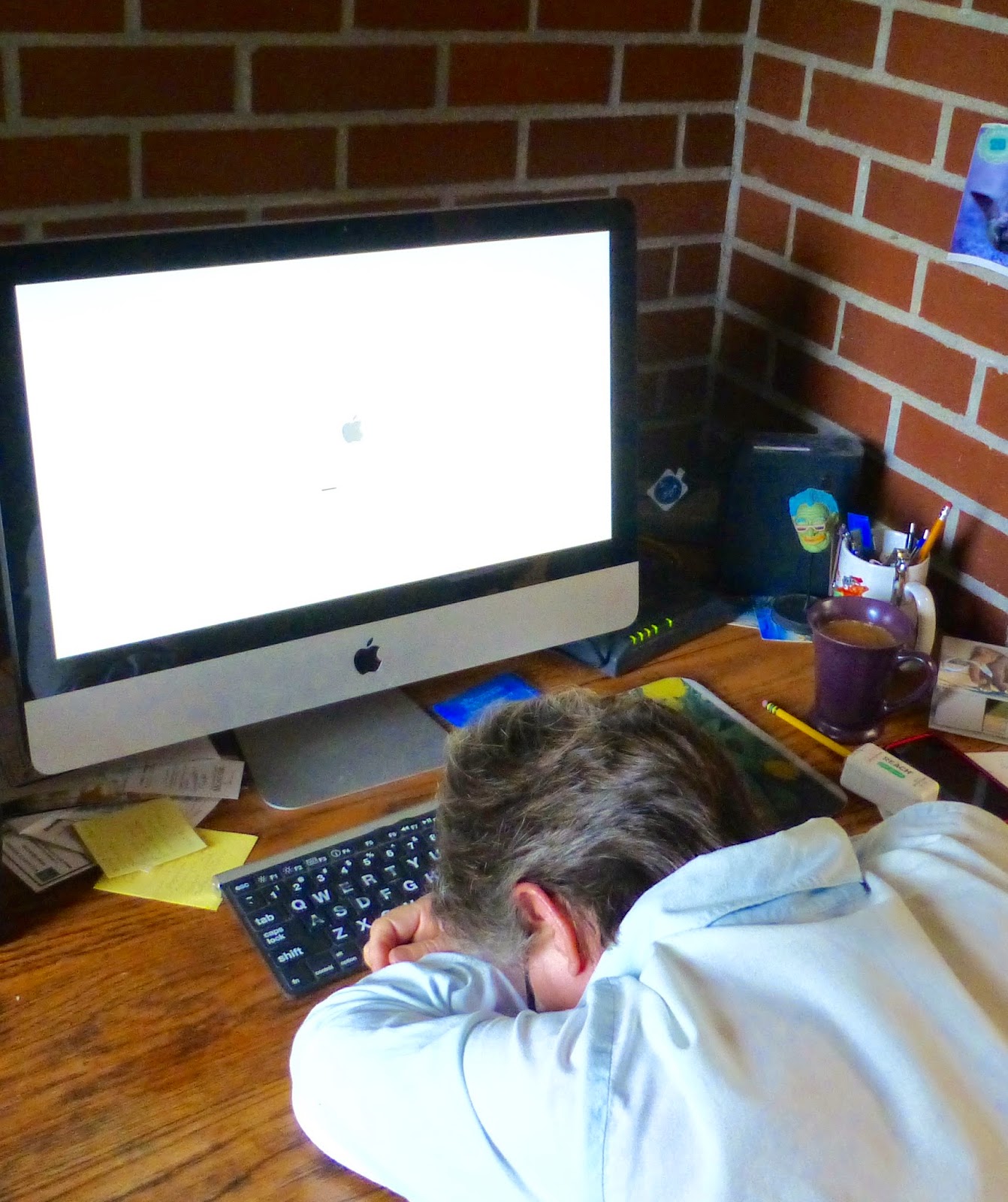 It started with the taxes, of course, as most of my annual bouts of aggravation do, although in this case I didn’t even get to the Doing Taxes part. What I did was load the tax software into the computer until the little icon popped up and when I went to drag the little icon to the Applications folder on my dock, I noticed I no longer had an Applications folder, and it didn’t come when it was called, either. So I started poking around until I found something called Applications and tried to coax it onto the dock, but it flat refused to go. And then I managed to drag the tax software into the folder anyway, and clicked on it, and now it says it won’t even start until I upgrade my antique operating system. So what with one thing and another I decide to install the newest version of my operating system, “Yosemite,” and the machine starts chugging away with all the vigor of someone pulling up a 5,000-pound halibut from the seafloor with a nylon cord; meanwhile a progress bar suggested (at first) that I would have to wait nine hours for it to download. And then suggested I check back next Tuesday. And finally shrugged digitally and declined to advise.

Even nine hours was plenty of time to talk with my neighbor and learn that the operating system I was pulling up from the seafloor was likely to blow up all my data by the time I got it in the boat, and even if my data are stored on the cloud (which is something, in theory, I’ve been paying for), it doesn’t mean I will ever get any of it off the cloud, although in her case it all turned out to be her phone’s fault; and by this time I was so confused I decided it would only be prudent to call up the folks at the Mac store and have a chat. 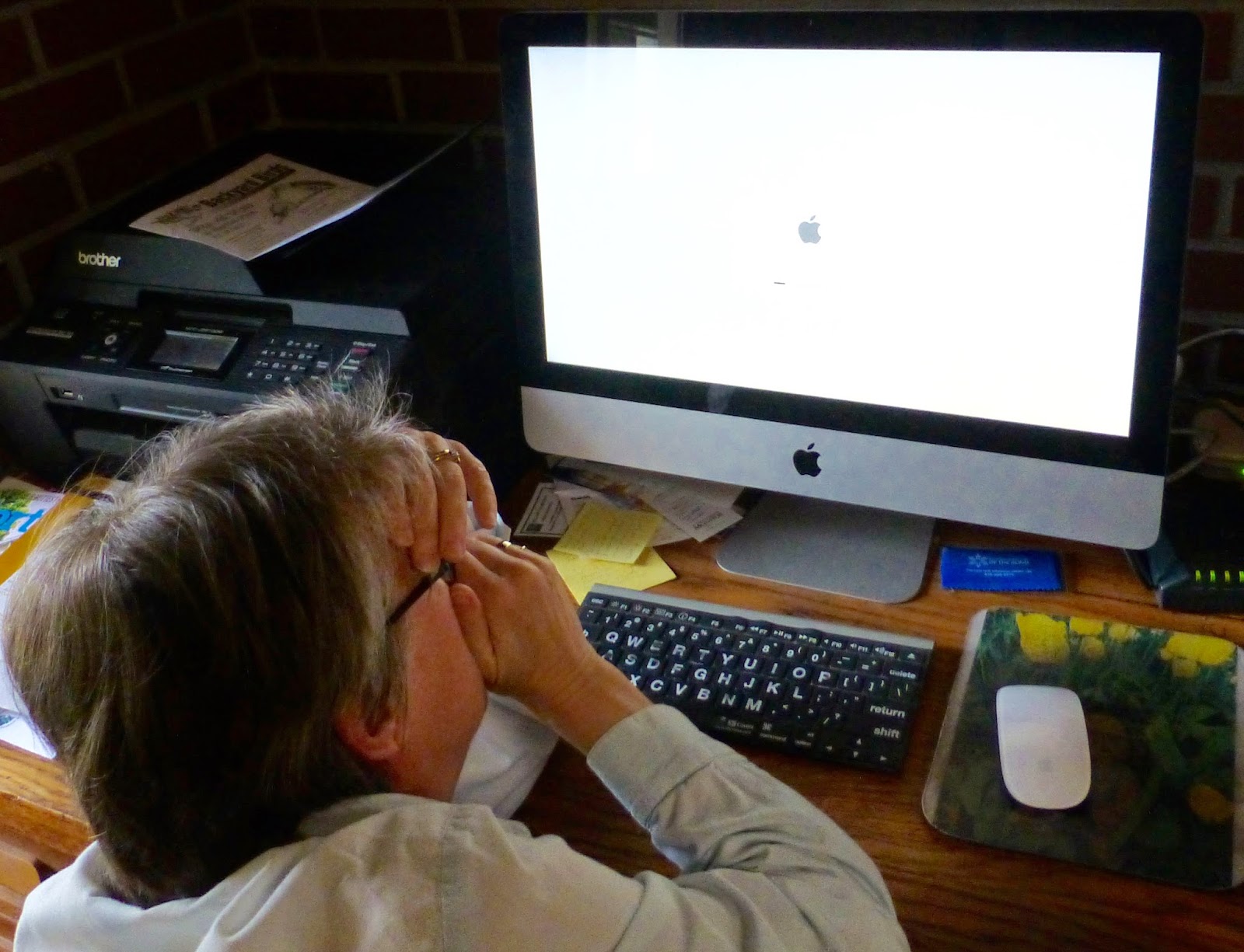 But when I realized that I had, once again, held my cell phone up to my ear for a good minute waiting for the dial tone, I lost all confidence I would understand whatever they’d have to say. So I walked even farther away. And commenced pulling weeds. Weeds I understand.

And then the day got worse.

Dave got out the power washer to clean the patio and walkways. At least that’s how it always starts. Dave loves, loves, loves his power washer. I bought it for him one Christmas because I knew he would love, love, love it. It speaks to all his most extreme neatness tendencies and juices them with turbo power. He loves it way, way, way too much. There’s nothing he can’t destroy with it, one neat, satisfying layer at a time. He could peel the wrinkles off a rhino. He could strip the Holy from the Pope until you couldn’t tell him from any other guy in a dress.

Now, to recap, I had a computer slurping up the seeds of its own destruction; it might never come back; and I had a hundred decibels of assurance that our garden and house might soon be thinned to vapor. I walked even farther away. I started pulling weeds at the house next door. Weeds I understand.

You can spend nine hours pulling weeds, and they’ll always come back.