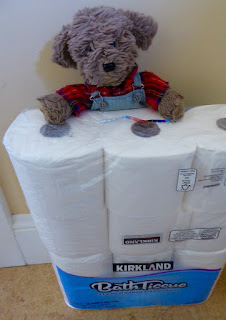 If you have spent nearly your whole life paying people to grind trees into lint, roll it up, and pack it into an eternal shroud made of refined crude oil, just so you can wipe your butt, it’s hard to come clean.

There are just some luxuries you’d miss more than others.

I don’t have to have the fancy toilet paper. I don’t even want the fancy toilet paper. I once tried someone’s Charmin, which is made of baby fontanels stacked four-ply with cherub breath quilted inside, and it’s so soft you feel like you’re stripping the wings off a fairy with each wipe. It’s disconcerting. Not only is it more comfort than anyone should have on the toilet, but it supports at least forty years of the worst advertising campaigns the world has ever known, wherein we finally ditched Mr. Whipple only to replace him with fat technicolor bears and the stupidest tag line in history: “We all have to Go–why not enjoy the Go?” In other news, it is not possible to break a television screen with a bag of Cheetos.

The Charmin bears, if you ask me, are awfully fussy about something they’re supposed to be doing in the woods.

Animals don’t use toilet paper. Our cat Tater, for example, does not wipe herself, and we can monitor the condition of her nethers, because unlike the previous cat (Saint) Larry, she is a tail-up kind of gal. She never looks smeary or anything. It makes you wonder why people need so much clean-up. I believe this has something to do with our notable buns. That’s a lot of real estate for a turd to get through. Cats don’t have buns. The fattest cat you know is still just a bunch of scaffolding with a pucker-button on one end.

Anyway, humans have not always had toilet paper at all, although it does go back a long way. Toilet paper was first manufactured in China in the sixth century A.D., where it was considered a stout improvement over stone tablets. All sorts of other botanicals have been used, as well as wool, stones, snow, and (famously) corn cobs, which is the item I have the most trouble imagining. I mean, if you’re itchy, sure. And, of course, the Persians would just scoot on their carpets.

With the advent of the printing press, newsprint and books became an excellent vehicle for personal tidiness and enlightenment. In a story attributed to Lord Chesterfield, a gentleman picked up a cheap copy of Horace, read a page or two, and–speaking of fancy–“sent them down as a sacrifice to Cloacina.” Cloacina was the goddess who presided over the Cloaca Maxima, which refers not to Catherine the Great but to the main drain of the Roman sewer system. She’d rather have been the ambassador to the Cook Islands like anyone else but sometimes you’ve got to work your way up.

It wasn’t until 1857 that modern toilet paper was invented, although some brands were advertised as “splinter-free” as late as the Depression. Colored TP was introduced during the ‘Sixties, when white people used it without a trace of irony. And of course many brands were and are perfumed. I don’t know why. Maybe to throw off the dog. 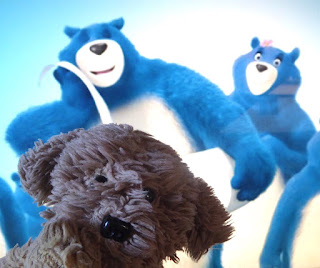 So, back to our original plaint. 27,000 trees are sacrificed every day for toilet paper. The softest fanciest brands, such as Charmin, are indeed made of virgin old-growth trees and its purchasers should really consider getting over themselves. Especially since you can now purchase toilet tissue fashioned from bamboo or hemp. Hemp, of course, according to its fervent yet relaxed proponents, can be made into virtually anything, from rope to paper to clothing to beer to soap. Notable hemp activist James “Jim Jim” “Spiffo” “Soo-wheet!” Spackleworth was even reported to have designed a working constructivist paradigm transmogrifier out of hemp and popsicle sticks, although his notes didn’t make sense in the morning.

Whether one opts for the more environmentally friendly versions of toilet paper or not, it’s no doubt inarguable that most of us use more than we need to. In olden times people were probably a lot more conservative with it than they are now. I know the arrival of the Sears & Roebuck catalog was a much anticipated event on the farm my mom grew up on, and had a bigger impact on the whole region than internet advertising could ever hope to.

At any rate, let’s get some perspective on the famous “over-under” toilet roll controversy. Don’t be precious. If it really bugs you that much, you can fix it yourself. You’re just sitting there.