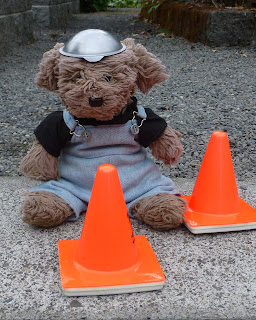 There has been a terrible miscarriage of justice in the state of Oregon, which is one of the states Mr. Gary Schwirse was in when he tipped over and fell six feet onto a concrete ledge and injured himself. A federal appeals court has denied his claim to workers’ compensation benefits. We should pay attention because this kind of thing could have happened to any one of us, or possibly just me.

Mr. Schwirse, a longshoreman, began his day first thing with a couple beers for Morning Mouth, and then went to work, where he consumed three more to take the edge off. He followed up at lunch with another five beers and eased into the afternoon shift with a pint of whiskey. It was during a well-earned attempt to pee over the dock railing at the end of his shift that he fell over the railing and onto the concrete ledge, fortunately landing on his head, which he wasn’t using at the time. He demanded workers’ comp when his coworkers variously reminded or informed him that he might have tripped over an orange safety cone.

It is a travesty that in this day and age employers are still allowed to get away with placing safety cones in the workplace, in spite of the known hazards. I have personally tripped over safety cones at least three times, and find them second in danger only to the random removal of known doors and hallways. Who among us has not been walking, deep in thought, and negotiated a tight right turn only to find that the door or hallway has been replaced by a wall?

Well the safety cone thing is bad. There you are on a well-worn path to the room where the donuts are and there, for no reason, in an area previously occupied by air, is a safety cone. Someone has placed it there to mark the location of a patch of mopped floor that had evaporated hours ago, and down you go. The cones have proliferated along with the lawyers until now you are forced to constantly look where you’re going, an activity that interferes with my rich inner life, and I say it’s time we put an end to this nonsense. 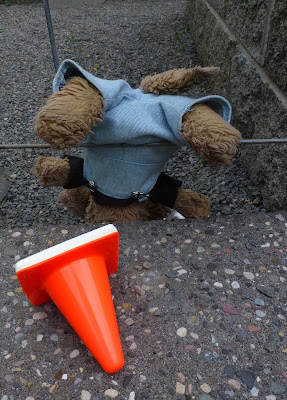 Speaking of going, that is what Mr. Schwirse was doing when he did a header over the rail. This, at least, has never happened to me, as a mail carrier. At worst, I have only tipped over and rolled a few feet to the right. There might have been rhododendron damage.

When the judge failed to stand up for workers and rejected the claim that the safety cone had occasioned his injury, Mr. Schwirse’s counsel suggested that the concrete was at fault, using the logic that his suffering would have been much less had the ledge been made of memory foam. The judge rejected this gambit, too.

Mr. Schwirse, who responsibly waited until the end of his shift to whiz off the edge of the dock, might have hurt his case somewhat by revealing that his job was to collect safety cones, which might lead some to believe he shared some of the blame by not noticing or collecting the one he tripped over. But the end of your shift is the end of your shift. Start picking up cones on your own time and before you know it you’re on the road to losing Donut Day, and maybe your health benefits, too.