When news came of two explosions at the finish line of the Boston Marathon, America spent a prim hour hoping it was a gas leak or some other ill-timed infrastructure failure, and then dove straight into speculation. Who would do such a thing, and why? Was this the act of a random psychotic, or an organized one? People were rumored to be “hoping” it was a certain kind of person. And then came the recriminations. It is not proper to hope the perpetrators fit a certain stereotype. We were told this, even though the scolders, without a doubt, had their preferences too.

It’s human nature. We pore through the murder stories for clues that will permit us to carry on as usual. Oh, that happened in that part of town where the different people live, so I’m not going to die.  Or, that was a domestic violence situation, and nobody in my family is crazy in that particular way, so I’m not going to die. In that same vein, we might wish that our Boston terrorist is a fatty who has it in for runners. But we know that’s unlikely.

I’m imagining that there are people who watched the plumes rise over Boston, and wished it was a Muslim trying to promote chaos for reasons we do not feel compelled to understand, beyond that they are evil, and we are not. Some people are comforted by being able to assign other people to a slot of some sort, one they’ve already set up in their heads: the nickels go here, the dimes go over there. And then there are the people who were heard admitting “I hope it’s a white guy with a grudge against the government.” This also was considered a deplorable statement.

So deplore this. I totally hoped it was a white guy, ideally Donald Trump, but if not him, a good ole American white guy named Joe or Skippy. Looked like I was going to get my wish there, at first, but it emerged it was a pair of guys who were at best whitish, and their names were all wrong, and damned if they didn’t turn out to be Muslims too.

Why would I hope it was Skippy? All nuts are the same to me. No one has a good reason to blow 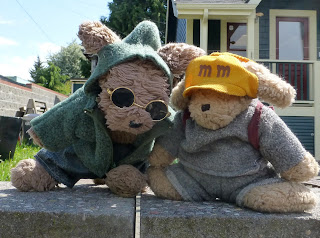 people up. There are parts of the world where people are being blown up routinely, but we tend to think they must be sort of used to it–they’re not like us; it’s the sort of thing that happens in that other neighborhood, far away from ours. And even if they’re being blown up by bombs we’re paying for, it doesn’t count against us, because we don’t mean it: our hearts are pure.

So I thought that if we could pin this on Skippy, we might be able to contain the carnage. There are too many of us who do not feel complete without vengeance, and some of us are well satisfied with anyone’s blood. We are majorly put out. We will knock over our own citizens if they’re dark enough, or if they dress funny. Or we’ll mob up and sanction a war against an entire country. There might be one all ready to go, on the drawing boards, a war motivated by greed or profit or vainglory or a combination, and all it takes is a righteous mob of us to go along with it and it’s a done deal. People will die. Ours, and theirs too, whatever that distinction is supposed to mean on this tiny planet. 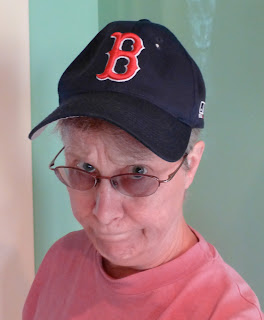 But if it turns out to be Skippy and his arsenal and his feud with the Department of Motor Vehicles and his itch for power, it will die down. We liberals will mock him over our microbrews, and we’ll rig up a scathing, grammatically perfect poster and pass it around on facebook, and we’ll shake our heads over him at parties Skippy’s friends aren’t invited to.

But we won’t bomb Idaho.