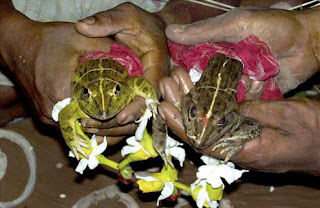 Priests in a village in India have officiated over a wedding between two frogs, Punarvasu and Pushala, hoping that it would end the terrible drought and bring on monsoon rains. It was by all accounts an arranged affair, although no objection from the celebrants was reported. The frogs were decorated with flowers and anointed with oil of turmeric and generally done up to the nines. Other than the fact that no one could keep the cummerbund from slipping, most agreed that the nuptials went off splendidly. It is not known whether or not the effort was enough to budge the monsoon schedule. 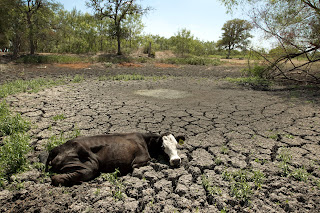 But at least they’re trying, which shows that India is way ahead of us. Not only do we not have a working roster of eligible amphibians, but we officially refuse to recognize that we’re in deep shit, climate-wise. Those who suggest that we might be are being scorned as alarmists. Which is true, in the same sense that people are alarmists who yell “fire” in a crowded theater. That happens to be on fire.

Because right now, we’re in the same position the dinosaurs were, when it dawned on them that they should never have gotten into the asteroid-manufacturing business. They never did? Then this is very different. 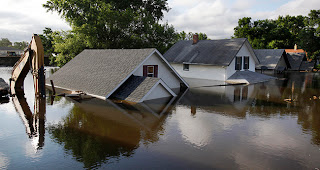 Senator James Inhofe, having studied the numbers ($509,250 in donations from the oil and gas industry), has concluded that global warming is a hoax. Sen. Louie Gohmert Jr. (R-Kingdom Of Oil) has examined similar data and determined that the best climatologists in the world have been pulling our legs just to get their names in the paper. Sen. Mitch McConnell (R-Coal Country) has helpfully pointed out that the earth has periodically gone through a number of such spasms of warming. Not while we were here, of course, but we’re here now, by gum, and we’ll adapt. Because we have Ingenuity! We can adapt technologically by using more air conditioning, which is like curing acid reflux with pizza. Or we can adapt physiologically: gills and snakeskin, coming right up. No worries! 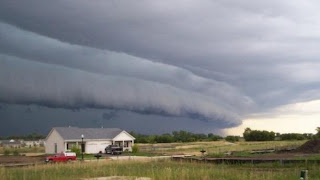 Meanwhile, it is the position of the fossil-fuel extraction industries that global warming is a hoax. It is their practice to explore for oil in areas of the Arctic that weren’t feasible before they melted all the ice.

At this point even the sweltering or flooded or blown-about man on the street seems to realize something’s up, and would like something to be done about it, but, because he does not have the clarity provided by lobbyist cash, he would also like to keep gas under $3 a gallon. People tend to discount the most dire predictions, mainly because they haven’t happened before. That’s true. The end of everything is pretty much a one-time event. 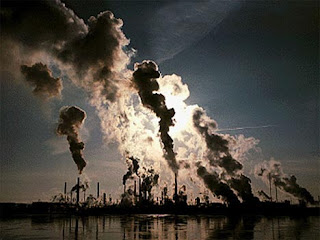 I would like to see something done. And in this case I’m not being a big socialist liberal who wants the government to decide everything for us. No, I am just fine using the market system. But. I want polluters to pay for their pollution. I am required to take out the garbage, and local industries are required to contain or pay for their effluent. Someone soils a river, he’s going to have to pay. It’s the price of doing business, and it should be. I’m not exactly sure why we let the industries that dump CO2 into the atmosphere get off scot-free, just because their effluent is only dooming the entire human race. What if the producers of fossil fuel energy were required to pay a whopping carbon tax?

Why, Murr, they’d just pass that on to their customers.

True enough. But then consumers would have a real choice based on the real price of everything. We could decide whether we’d rather be able to drive to the beach on a whim or survive as a species. 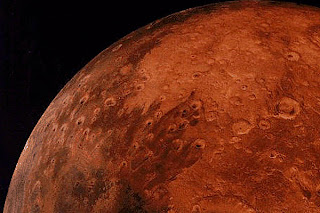 Because things are about to get really ugly. If the planet does go up by eleven degrees, as some models predict, we’ll have to rename it (Dearth. Or Holy Shit. Or Mars.) This is not survivable. Unless you’re a cockroach. Which might explain the intransigence of Inhofe, McConnell, Gohmert and the rest. We can’t even get those dickheads to marry off a couple of frogs.